Getting started with Create React App 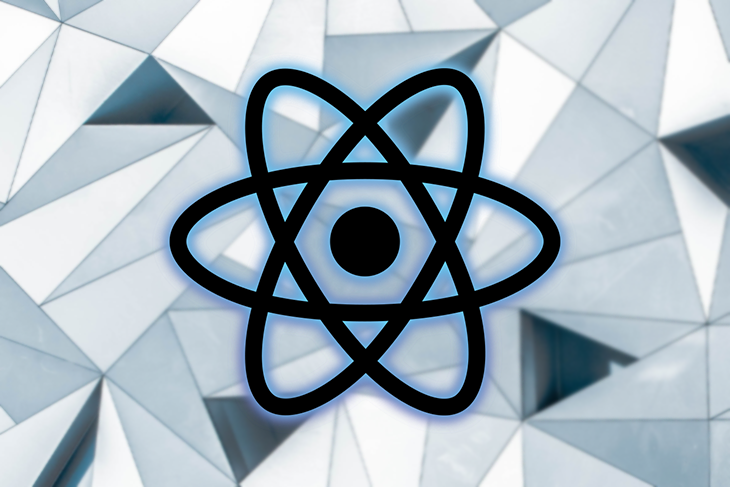 Create React App is a popular toolchain for building simple React apps. The goal of this post is to explain the components of Create React App at a deeper level to give you much better control and confidence over the development environment.

Before we understand what Create React App solves, let’s first learn what a toolchain is. eLinux.org describes it as “a set of distinct software development tools that are linked (or chained) together by specific stages.”

In other words, any software development framework is made up of a bunch of supporting tools optimized to do specific functions. For instance, in C++ development, we need a compiler to compile the code and a build system like CMake to manage all the dependencies if the project is fairly big. In this case, the compiler and CMake become part of the toolchain.

In React development, different toolchains satisfy different requirements for product development. For instance, Next.js is great for building a server-rendered website, and GatsbyJS is optimized for static, content-oriented websites like blogs and newsletters.

What is Create React App?

Create React App is also a toolchain. It is specifically recommended by the React community for building single-page applications (SPAs) and for learning React (for building “hello, world” applications). It sets up your development environment so that you can use the latest JavaScript features, provides a nice developer experience, and optimizes your app for production.

Create React App was created by Joe Haddad and Dan Abramov. The GitHub repository is very active and maintained by the creators, along with many open-source developers from different parts of the world. If you’re interested in contributing, the repository’s contributing page is a good place to start.

Getting started with Create React App

Now that we have some relevant context about Create React App, let’s get started by installing it. In this tutorial, we are going to build a simple SPA that displays restaurants on a webpage and lets users rate them.

Run the following npx command on a terminal to install and bootstrap the application using Create React App. Let’s call our application “rate-restaurants.”

This command runs for a few seconds and exits happily after creating a bare-bones React application under a new directory called rate-restaurants. Now, cdinto the rate-restaurants directory. The directory initially looks something like this:

Let’s understand what each folder is:

This folder is part of the npm system. npm puts local installs of packages in ./node_modules of the current package root. Basically, the packages you want to use by calling an “import” statement go here.

This folder contains the index.html and manifest.json files. Let’s look at the files inside the public folder.

This index.html serves as a template for generating build/index.html, which is ultimately the main file that gets served on the browser. Let’s take a look at this file’s contents:

The <meta> tags provide metadata about the HTML document; they describe the content of the page. <meta> tags usually aren’t displayed on the webpage, but they’re machine parsable. The bundled scripts are finally placed into the <body> tag of this HTML file.

So what are “bundled scripts”?

In order to understand this, we need to learn about one more concept in the world of modern JavaScript toolchains, which is webpack. Think of webpack as a tool that bundles up all your source files (.js, .css, etc.) and creates a single bundle.js file that can be served from the index.html file inside a <script> tag.

This way, the number of HTTP requests made within the app is significantly reduced, which directly improves the app’s performance on the network. Besides, webpack also helps in making the code modular and flexible when you supply it with additional config options.

webpack has a webpack.config.js file, which is used for specifying the configuration settings. It typically looks something like this:

The entry key specifies the entry point for webpack, and output specifies the location where the bundle.js file will be stored after the build process.

Coming back to index.html, Create React App uses html-webpack-plugin for bundling. If you look at the webpack.config.js here, the entry key points to src/index.js, which specifies the entry point for webpack.

When webpack compiles the assets, it produces a single bundle (or several, if you use code splitting). It makes their final paths available to all plugins — one such plugin is for injecting scripts into HTML.

html-webpack-plugin is also enabled to generate the HTML file. In Create React App’s webpack.config.js, it is specified that it should read public/index.html as a template. The inject option is also set to true. With that option, html-webpack-plugin adds a <script> with the path provided by webpack right into the final HTML page.

This final page is the one you get in build/index.html after running npm run build, and the one that gets served from / when you run npm start.

Now that we understand index.html, let’s move on to manifest.json.

This is a web app manifest that describes your application, and it’s used by, e.g., mobile phones if a shortcut is added to the home screen. Let’s look at the contents to understand it further:

The contents of this file are pretty self-explanatory. But where are these values used?

When a user adds a web app to their home screen using Chrome or Firefox on Android — or Safari on iOS — the metadata in manifest.json determines what icons, names, and branding colors to use when the web app is displayed. The web app manifest guide provides more context about what each field means, and how your customizations will affect your users’ experience.

Basically, the information read from this file is used to populate the web app’s icons, colors, names, etc.

This is simply the icon image file used for our application. You can see this linked inside index.html and manifest.json.

Before moving on to the src/directory, let’s look at a couple other files on our root.

This file lists the packages your project depends on and which versions of a package your project can use. In tandem with either package-lock.json or yarn.lock (more on these files below), it also makes your build reproducible and, therefore, easier to share with other developers.

react-scripts is a set of scripts from the create-react-app starter pack. react-scripts start sets up the development environment and starts a server, as well as convenient development features such as hot module reloading. You can read here to see everything it does for you.

Before learning the purpose of yarn.lock, let’s first understand what Yarn is. Yarn is a package manager for JavaScript dependencies. It is an alternative to the default package manager that ships with every Node.js installation, which is called npm. Package managers allow you to use other developers’ solutions to different problems, making it easier for you to develop your own software. Code is shared through “packages,” (sometimes referred to as a “modules”).

In order to get consistent installs across machines, Yarn needs more information than the dependencies you configure in your package.json. Yarn needs to store exactly which versions of each dependency were installed. That’s what the yarn.lock file (or package-lock.json file if npm is used) in the root of your project is for.

Let’s now fire up the application. To run the app, you can either run npm startor yarn start.Once you run the command, open http://localhost:3000 to view the application.

The app looks something like the above figure when you run it. Let’s try and understand what the entry point is for this app. When we looked at webpack, I mentioned that webpack’s entry is index.js, which is the entry point for the React application.

The index.js file has the following line:

<App> is the root component of this app. Let’s look at App.js, where it is defined:

The App component is a class that extends React’s Component class for defining a React component. This is the code that we are interested in. Any application can be built by stripping stuff out and tweaking the App.js. We can even build React components separately inside a src/components/folder and import these components inside App.js.

At this point, we should be able to start building any simple single-page application by tweaking App.js and adding the necessary components. The App.css file can be used for styling the application.

The first step is to write our app’s stateless components, which we’ll need to build the cards with the data and rating system in them. In order to do this, we create a folder called components/inside src/and add a file called card.js:

As you can see, we are creating a separate state-less component for each element inside the card — namely, the restaurant name, details, image, and the rating section. Then, we wrap all of this inside a Card component and export it as a default:

In the App.js, we import Card. The restaurant data is modeled as the state of this app. Saving the state separately in a file outside of App.js is a better design as the app and its restaurant data grow. In the render() function, we pass this data to the Card component as properties.

Data flows down to child components as properties and flows back up through callbacks, which is the OnChange callback used for updating the star ratings.

All the styles are inside App.css. If you’re interested in forking this app, you can find it here.

That’s it! Now when you go to http://localhost:3000/, you should see the rate restaurant app, ready to go.

Hot Module Replacement (HMR) is a feature in webpack to inject updated modules into the active runtime. It’s like LiveReload for every module. HMR is “opt-in,” so you need to input some code at chosen points of your application. The dependencies are handled by the module system.

So how do you enable this in a project created using Create React App?

This is quite simple! Just add the following code inside index.js and HMR is ready to go.

Both npm and Yarn are package managers. Yarn was created by Facebook in order to solve some of the problems they faced with npm. Looking purely at the number of stars on the GitHub repositories for Yarn and npm, Yarn has significantly more stars than npm.

Also, Yarn’s installation speed is much faster than npm, and Yarn is more secure than npm. You can read a more in-depth analysis comparing their speed and security here. These are some of the compelling reasons why Yarn is more popular and a recommended package manager to use.

This GitHub comments section has a long list of production-ready apps built using Create React App. A couple of the ideas are even part of Y-Combinator.

I hope you now understand the different elements of Create React App better. What are you waiting for? Fire that terminal up, install create-react-app, and start building your awesome ideas!

5 Replies to “Getting started with Create React App”