Matthew Casperson Follow I have loved technology since my first Commodore 64, and that passion remains to this day. By day you'll find me integrating enterprise platforms with Octopus, writing guides and books for platforms like Kubernetes, blogging, and training my colleagues. By night I'm playing with bleeding edge open source projects and contributing to various blogs. 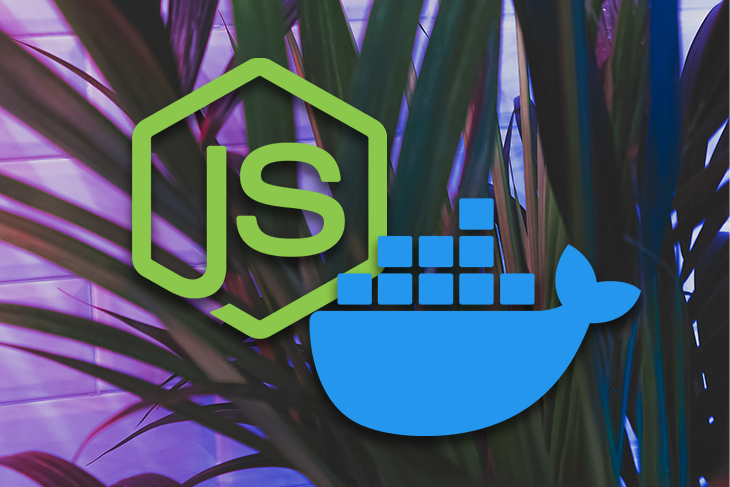 Docker has long been the go-to tool to create easily distributable and deployable artifacts.

A Docker image can host code written in almost any language; every major operating system supports the ability to execute Docker images and all the cloud providers have at least one platform that allows deployed Docker images.

However, creating a Docker image from your custom application code requires a little expertise, especially if you regularly rebuild images as you make changes to your code.

It is very easy to unnecessarily download thousands of packages each time an image is built, wasting time, consuming bandwidth, and costing money.

Cloud Native Buildpacks emerged as a convenient way to build Docker images by leveraging the decade of experience large hosting providers have from generating and hosting Docker images. By capturing these best practices, Buildpacks ensure your Docker image builds are quick and efficient.

In this post, we’ll look at how a Docker image can host a simple Node.js application, review some common pitfalls you may run into, and explore how Buildpacks allow you to efficiently create Docker images, often with no additional configuration.

The sample application we’ll build in this post is extremely rudimentary. It is simply the end result of running the Express application generator to generate a web page displaying “Welcome to Express.”

The source code for this application can be found on GitHub.

Although simple, the sample application demonstrates how to build a Docker image hosting a Node.js application and some of the inefficiencies that a naive approach to building Docker images can lead to.

Next, you’ll need Docker and you can find downloads and instructions on their website. While Windows has recently gained native container support, this post focuses on building Linux Docker images.

Both Windows and macOS support Linux Docker images via a seamless virtual machine layer that you mostly don’t have to think about as a developer.

Finally, to use Buildpacks, you must install the pack CLI tool, which is available from the Buildpacks website.

The traditional method for building Docker images is to define the process in a file called Dockerfile. We can see an example of building a sample Node.js application below:

The complete Dockerfile reference information is available on the Docker website. Our example only uses a small subset of the available commands, but this is enough to Dockerize our sample application.

The FROM command defines the base image that you build on top of. All major tools and programming languages offer supported Docker images that developers can base their own images on, and Node.js is no exception.

The complete list of available Node.js Docker images can be found on DockerHub, and here, use the default node image:

A Docker image is essentially a filesystem containing all the files required to run the Linux processes that support an application. On this filesystem, we’ll create a directory called /usr/src/app to hold our Node.js application.

The WORKDIR command creates the supplied directory and uses it as the working directory for any subsequent commands:

You can then copy the Node.js application source code from your local PC into the Docker image with the COPY command.

At this point, you can test and build the application like you would locally. For this simple example, building the application means downloading any dependencies with npm. You can run commands in the context of the Docker image with the RUN command:

The EXPOSE command opens a port from a container created with the resulting Docker image to the Docker host machine. The sample application defaults to port 3000:

Finally, you define the command to run when a container based on this image starts. The npm start command defined in the package.json file as a shortcut for starting the Node web server allows you to run that same command with the CMD command:

Once the image is built, it can run with the command:

This creates a container from the image called expressapp and exposes port 3000 on the local PC to port 3000 inside the container. You can now open the sample application at http://localhost:3000.

You have now successfully Dockerized the sample Node.js application. However, the approach shown above does have some significant downsides.

Behind the scenes, a Docker image is made up of multiple layers. Each layer represents an incremental change to the image, and the layers combine to generate the resulting file system executed by a container.

You can see this by rebuilding the image again with the following command:

Notice this time the image was built far faster than the first time. This is because neither the Dockerfile file nor the files copied into the image changed, allowing Docker to reuse the previously generated layers.

Let’s now change a file to force Docker to rebuild the layers that make up the image. First, edit the file views\index.jade to change the welcome message to Welcome to Express from Docker:

Now, rebuild the image with the command:

Notice that the Node dependencies download again while building the image. This is because the command COPY . . detected that the copied files changed, meaning the previous layer generated by this command could not be reused.

It also means that any subsequent layers cannot be reused, and the command RUN npm install is forced to download the dependencies again.

This is a minor inconvenience for such a small application, but larger Node.js applications may require many hundreds of megabytes of dependencies to download with each change to the application source code. This is not particularly efficient and not a sustainable long-term approach.

The typical workaround to this problem is to only copy the package.json file, run npm install, and then copy the remaining application source code. We can see an example of this below:

This is an improvement, as changes to the application source code don’t require the dependencies to download again. So long as the package.json file doesn’t change, you can reuse the layers generated by the COPY package.json . and RUN npm install commands.

Still, any change to the package.json file results in all dependencies redownloading. Wouldn’t it be nice if you could share the node_modules directory between image builds in the same way it persists on disk when building directly from your local PC?

This is where Buildpacks can help.

Generating an image with Buildpacks

You can think of Buildpacks as build scripts evolved and maintained over many years by companies like Google, Heroku, and Cloud Foundry to compile your applications into Docker images in the most convenient and efficient way possible.

To prove this, delete the Dockerfile file because you don’t need it anymore. The Node.js application now has no special Docker configuration files.

Now, build a Docker image with the following command:

If you run the pack command for the first time, it prompts you to select a default builder:

Many high-quality builders are provided by teams like Google, Heroku, and Paketo. I tend to stick to the builders provided by Heroku, which is configured with the following command:

Watch as the pack tool detects that the application is written against Node.js, installs all the dependencies, and produces the Docker image. Run the new Docker image with this command:

As before, the sample application is available from http://localhost:3000.

How Buildpacks are beneficial for creating Docker images

It is worth taking a moment to consider what you just achieved. With no Docker configuration or Dockerfile, and no special flags or settings to indicate that you have a Node.js application, the pack command successfully produces a Docker image embedding the Node.js application.

What’s more, Buildpacks are smarter in the way they handle application dependencies. To demonstrate this, add some white space to the end of the package.json file (such as a new line) and save the changes.

Previously, any change to the package.json file, even insignificant changes like adding white space, resulted in Docker being unable to reuse any previously generated layers. This, in turn, resulted in all dependencies redownloading.

But, if you rebuild the Docker image with pack, the existing dependencies are reused. You will see a log message like [INFO] Reusing node modules indicating that the previously downloaded dependencies are still available.

This is because Buildpacks cleverly use Docker volumes to persist files like dependencies between builds, which is much more robust than relying on layer caching.

So, with one simple command, you can Dockerize your Node.js applications without worrying about hacking a Dockerfile to prevent unnecessary dependency downloads.

Docker is an incredibly powerful tool for building and distributing applications, but to make the most of it, developers must have a reasonably detailed understanding of how the commands in a Dockerfile relate to Docker layers and the circumstances under which layers can, and can not, be reused.

Buildpacks abstract away much of the knowledge required to build a Docker image with high quality and battle-tested scripts leveraging advanced features like volumes to build images quickly and efficiently.

Buildpacks make it possible to build a Docker image with nothing more than a single call to pack.

This post demonstrated manually building Docker images from a custom Dockerfile and explored situations where application dependencies can redownload unnecessarily.

We then used the pack command to build a Docker image, demonstrating how dependencies are reused even in situations where layers are typically rebuilt.

Matthew Casperson Follow I have loved technology since my first Commodore 64, and that passion remains to this day. By day you'll find me integrating enterprise platforms with Octopus, writing guides and books for platforms like Kubernetes, blogging, and training my colleagues. By night I'm playing with bleeding edge open source projects and contributing to various blogs.
« Flutter FloatingActionButton: A complete tutorial with examples
Native CSS nesting: What you need to know »