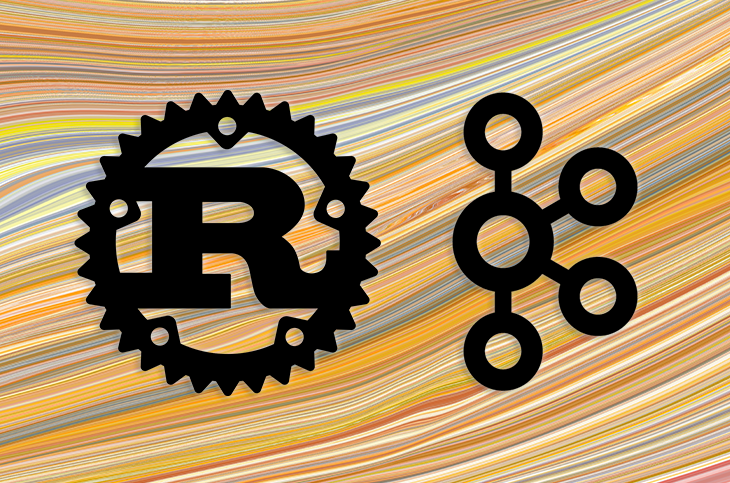 Apache Kafka is an event streaming platform that allows software applications to communicate effectively with each other. It’s an excellent choice for connecting small applications, like microservices, together.

In this article, you’ll learn how to build a microservice using Rust with Kafka. We will cover:

You can see the final project in this GitHub repo.

To follow along with this article, you’ll need Rust installed in your system and basic knowledge of Rust.

Microservices are small, independent applications that perform specific tasks that are useful for both decoupling components of complex applications and for promoting distributed applications.

Microservices allow developers to build an application with different programming languages. Errors in a microservice rarely cause the overall application to crash. 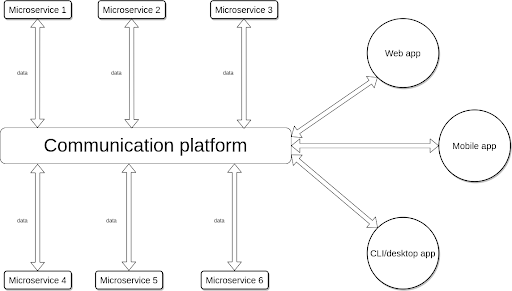 Kafka is an event streaming platform used for reading and writing data that makes it easy to connect microservices. To learn more about Kafka, check out this Kafka real-time data streaming app tutorial.

Before we go into more depth about the platform, we need to get familiar with some Kafka terms.

Getting started with Kafka

To proceed with this article, you will need to set up your Kafka broker. Note that you’ll use a local broker on your system. Aside from local brokers, Kafka provides the options to use brokers either in the Cloud or on a remote system.

To set up Kafka on your system, follow these steps:

First, download the latest Kafka release here and extract the compressed file. After that, open the decompressed folder in your terminal and start the ZooKeeper server with the following command:

Then, open another terminal session in the decompressed folder and start the Kafka broker:

The Kafka broker requires an active ZooKeeper to function properly. The ZooKeeper maintains the broker, and without it, the broker will generate error messages.

Next, let’s organize published events in the Kafka broker by setting up topics, producers, and consumers.

To create a topic in your local server, run this command:

The first command starts up a consumer in the console, and --topic topic-name tells the consumer to read from topic-name. --bootstrap-server localhost:9092 tells Kafka to connect to your local server at localhost:9092.

Kafka provides a consumer and producer that you can run in the terminal:

First, you’ll need to create a new Rust project with the following command:

Next, add the Kafka library to Cargo.toml:

Now that we’ve added the Kafka library, we can build the project to fetch its dependencies:

Then paste this code into src/main.rs:

The consumer we created above reads events published to the topic-name topic and prints the event’s message to the console. Here’s how it works in more detail:

First, we initialize a list of the hosts that the consumer will connect to on line 6 (in this case, localhost:9092).

Next, from line 8 to line 13, we initialize a consumer that is connected to the topic-name topic (line 10) and start reading events from the latest published:

Finally, we create an infinite loop that listens to events published to topic-name:

Now that we’ve successfully created our consumer, let’s look to our next steps for creating our producer.

Then add the Kafka library to Cargo.toml:

Build the project to fetch its dependencies:

Then, paste this code into src/main.rs:

The idea is to create a producer that sends numbers 0 through 9 to the topic-name topic. Here’s how it works piece-by-piece:

First, we define a list of the Kafka servers we are connecting to (localhost:9092).

Notice that the Producer::from_hosts function initializes the producer. The initialized producer is connected to the local Kafka server (localhost:9092).

We create a loop that runs from zero to nine and send each number to the topic-name topic.

Now that we’ve set up our consumer and producer, let’s run them. The consumer listens to events published in topic-name, and the producer project publishes events to topic-name. Having an active consumer before publishing events ensures the events are consumed in real time.

Building a Rust microservice with Kafka

In this section, we will build a microservice to store and delete texts. This microservice is operated by sending events that describe adding or removing text. The event will be a JSON string with an action key to describe its action and a value key to provide necessary data.

The following diagram showcases how the microservice works in adding text:

As you can see in the diagram, our microservice reads operations to perform from the actions topic and then publishes the list of texts to the texts topic. Now that we have some background, let’s build this microservice.

Add the following dependencies to Cargo.toml using the command below:

After that, we will create modules that each handle the producer, the consumer, and the texts. The file names of these modules are my_consumer.rs, my_producer.rs, and texts.rs, in src.

First, we need to initialize the modules, since we are splitting the microservice into modules. So, add this code block to the main.rs file:

After that, create the main function in main.rs:

Next, define the Kafka server you are connecting the microservice to in main.rs’s main function:

Now, initialize the texts, consumer, and producer modules with the following lines in main.rs’s main function:

Next, create a loop that listens for events that the consumer receives:

After that, retrieve the data from the loop in the previous code block with this line:

Now, extract the action to perform on texts from the event data with this line following the previous code block:

After that, use if, if/else, and else blocks to perform the action specified by event_data["action"]:

Finally, convert the texts to JSON string and send it to the texts topic with the producer at the end of the loop:

In the end, your main.rs file should look like this:

Now, create a my_consumer.rs file in src and paste the following code into it:

Also, create a my_producer.rs file with this code in it:

Finally, create a texts.rs file and paste the following into it:

After building the project, we need to run and test it.

Next, set up a console consumer to topic texts:

Set up a producer to topic actions.

Let’s now run the project with:

Then, write actions to the producer:

Finally, let’s see the outcomes of each event in the consumer console:

In this article, we covered how to create a basic microservice with Rust. Although a single microservice is simple and focuses on one task, multiple or more advanced microservices can form an easily maintained and distributed complex application that handle databases, real-time computing, Internet of Things, real-time data collection, and fraud detection.