Building a REST API with Elixir and Phoenix 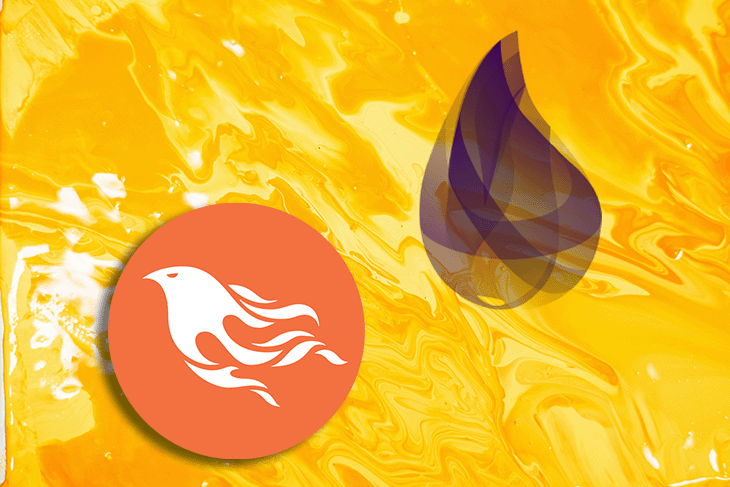 Phoenix is the most loved framework by developers in 2022, and by some margin too. It’s great for web development as part of the Elixir ecosystem and its reliability and scalability make it a good choice for any project.

In this tutorial, we will explore what Elixir is, the Phoenix web framework, and how to build a REST API with Elixir and Phoenix for your projects.

What is Elixir and the Phoenix web framework?

Elixir is a functional, dynamically-typed language that is built on top of Erlang. Jose Valim, who developed Elixir, worked on the Ruby on Rails team and created it when he was attempting to solve performance bottlenecks with Ruby on Rails and Erlang.

For this reason, the syntax of Elixir has many similarities with Ruby on Rails syntax.

Elixir is mainly used to create highly scalable applications that are fault-tolerant and easily maintainable. Some of the key features of Elixir are:

When it comes to building web applications, it is difficult to build basic functionalities from scratch every time, which is where the Phoenix web framework comes into the picture.

Phoenix is a web framework in the Elixir ecosystem. It comes with modules out-the-box that help build highly scalable and fault-tolerant applications. Phoenix is a Model-View-Controller (MVC) framework similar to Ruby on Rails and Django.

One of the killer features of Phoenix framework is LiveView. Phoenix LiveView is a library that is built on top of Phoenix which helps in building real-time applications without writing client-side JavaScript. It calculates the page changes and push updates through WebSocket.

Plugs are the basic element of Phoenix. Plugs are a specification for composing a web application with functions — Phoenix receives an incoming request and converts it into Conn, which is a data structure that handles requests and responses in HTTP connections.

Conn data structure is passed through several plugs to complete the functionality and return a response. To simplify it:

As we’ve noted, an incoming request in phoenix goes through several plugs to return the required response — let’s look into the details of the plugs and process: 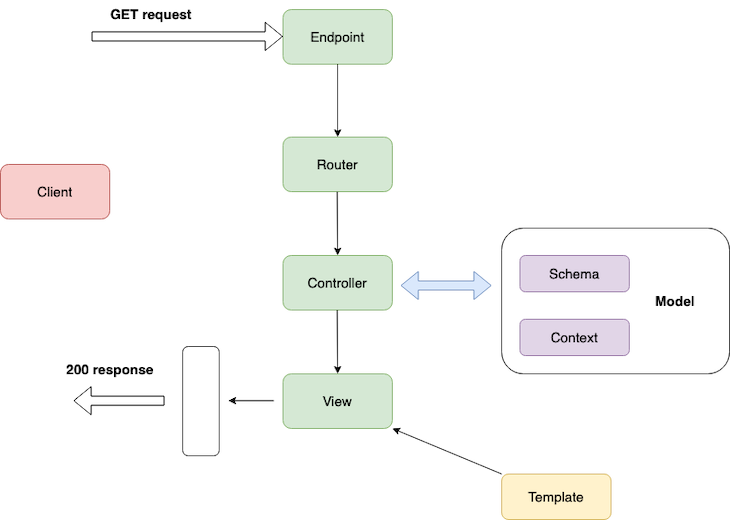 Phoenix receives a request at the endpoint and the endpoint converts it into a Conn data structure, forwarding it to the router.

The router pipelines the Conn data structure into the controller, and the controller interacts with the model to fetch data from the database and render it using templates. Templates can be HTML or JSON files. Here, the endpoint, router, and controllers are plugs — everything in Phoenix is a composable function that transforms data into different structure.

Now we are familiar with the Phoenix web framework, let’s build a REST API with Elixir and Phoenix to use for a project. Here, we are going to create a REST API which delivers users information to a Postgres database.

The API will serve user information under /api/users, with GET, PUT, POST, DELETE requests.

To do this, we need to create database schema with required fields that are stored in the database:

Before you proceed further, I’d recommend you meet the following prerequisites:

First and foremost, let’s install Elixir on your machine. To install elixir on macOS, you can use Homebrew package manager.

After this, you can install Elixir using the following:

To verify that the installation is successful, you can run this to check the version:

(Note: For other operating systems, you can refer the Elixir official guide that provides a simple step-by-step guide for installation)

This installs Phoenix 1.5.3 on your machine. To create a new project, you need to run the following command in the terminal:

This will create a users_api directory, with all the boilerplate for a Phoenix application. It follows a directory structure like this:

(Note: The official Phoenix docs explain the directory structure in detail, and you can refer to it here)

The --no-html and  --no-webpack parameters instruct the command to not generate HTML files and static assets since we’re only building a REST API.

--binary-id will configure Ecto to use a UUID for database schemas such as primary key values.

Set up and configure database

Firstly, make sure you install Docker on your machine. Running Postgres via Docker is simple; just need run the following command:

Here, we specify --name for the Docker container and environment for POSTGRES_USER and POSTGRES_PASSWORD. We also need to map the port by specifying -p . Finally, we pull the Docker image in detached mode.

Once Postgres is up and running, we configure the database in the Phoenix application. Phoenix provides a config directory to setup databases, cron jobs, loggers, and stack traces in the application.

To configure the database in the development environment, change config/dev.exs with Postgres database credentials.

After this, you can create a database for the development environment like so:

And you can drop the database using this:

Once you create a database and configure it in the application, you need to model the data to access it inside the app.

Before we start with schema design, it’s important to know about Phoenix contexts. Contexts are modules that group the related functionalities together. When you design an application, Phoenix helps to group modules based on the context. Think of it like domains in Domain-Driven Design.

Context will group different modules together based on the functionalities.

To give an example, Elixir Logger.info/1 is made up of several modules, but we can access those modules in a single Logger module context.

To create context for modeling, you can use the Phoenix generator command in the application:

To define the users field and its type while generating the database table, you can refer to the schema field definition from the hex docs.

Once you run the command, it will create lib/admin/user.ex, which contains the schema definition.

It also scaffolds the REST API for the users module in users_api/admin.ex.

To run the migration for the defined data schema, you need to run the following command:

Once you run the migration, it will create a table in the database with the defined fields, as in the schema.

Now, we have the database schema and model defined in the application, we need to wire it with Controller and View to return the response.

To generate Controller and View for a specific module, Phoenix provides a generator command that can generate boilerplate code:

The above command generates:

We also mention --no-context and --no-schema, since we already generated them while creating the database schema.

Phoenix also provides users_api_web/controllers/fallback_controller.ex to handle errors and fallbacks for any failures. We can edit them to handle different error codes. For example, you can edit fallback controllers to handle UnAuthorized errors.

By default, Phoenix configures the fallback controller in the main controller — you can change them in users_api_web/controllers/user_controller.ex.

Once you create a controller and view, you need to add a route for the controller in lib/users_api_web/router.ex.

As you can see, you can group different routes into a single endpoint. Here, we nest all the /users routes inside /api scope. Inside /api scope, we configure CRUD for the Users API.

There is another simplified version for configuring a CRUD request for a module. We can use resources from the Phoenix router module:

By configuring its resources like this; it simplifies all the requests in a single line.

Now, you can run the application using the following:

And you’re done! Thanks for following along with this tutorial, I hope you found it useful and feel free to post your findings in the comments below. You can test the API at http://localhost:4000, and you can refer the complete code for this tutorial here.