Exploring advanced uses of conditions and loops in Kotlin 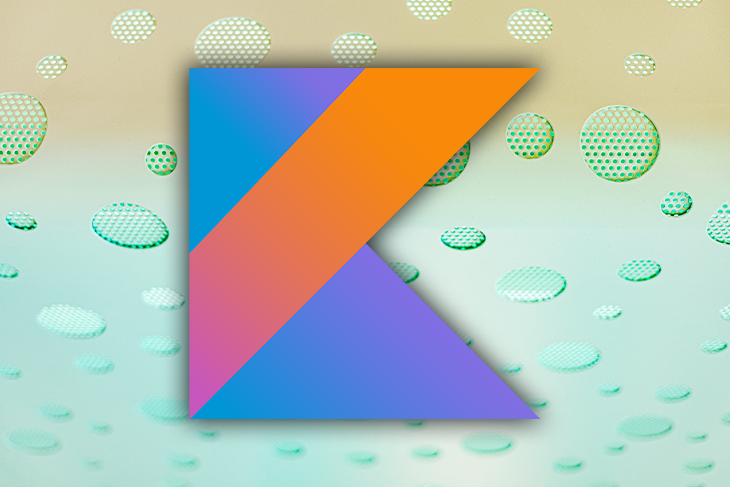 Loops and conditions are foundational concepts for formulating algorithms in software programs.

Looping constructs allow the programmer to continuously execute a sequence of instructions until a given condition is met. They can also be used to iterate through something with sequential values such as a string or an array collection.

In this article, we’ll take a look at some basic and advanced ways to use conditions and loops in Kotlin. We will cover:

Overview of conditions and loops in Kotlin

In Kotlin, there are several data structures that could contain a sequence of values. Some examples of these Kotlin data structures include strings, arrays, ranges, and maps.

Oftentimes, you might want to iterate over their values for various reasons. For example, maybe you want to find a particular item in a list, or you want to multiply each number in an array by two, or you want to get a subset of a string.

Whatever the case, the for loop allows you to iterate over the collection and sequentially access each individual value in the collection. Technically, you can iterate over anything in a for loop as long as it provides an iterator — like strings, arrays, ranges, and so on.

When an iteration achieves its purpose — such as finding a given item in a list — it has to be terminated. The most common way of achieving this is through the use of conditional expressions inside the loop.

In addition, an else block can be nested within both if and when statement to specify an alternative code to run if the condition evaluates to false.

Both if and when can be used as expressions. In that case, the value of the first matching branch becomes the value of the whole expression. This makes it possible to use them in the same way you would use the ternary operator in other languages, like JavaScript.

Going back to loops, you can perform an if check on each iteration and terminate the loop at the point where the check evaluates to true.

You’ll learn about this and more in the following sections.

Using if with else in Kotlin conditional expressions

Let’s start with the basics.

In Kotlin, if is used to execute a sequence of instructions (code) if a given conditional expression evaluates to true. For example, in the following code block, if checks whether variable a is greater than variable b. If so, it sets the variable aIsGreater to true.

You’ll sometimes want to execute a separate block of code if the specified condition evaluates to false. This is done using else.

Going back to our first example, if a is not greater than b, we’ll instead assign false to the variable aIsGreater and print the output. We’ll also swap the values for a and b so that b is greater than a. The code is as follows:

You can also use if in a conditional expression — so again, there is no need for a ternary operator in Kotlin:

Using when with else in Kotlin conditional expressions

Next, we have when, which evaluates a condition and sequentially compares the value with those in its branches. If there is a match, it’ll execute the corresponding code. Otherwise, it’ll fall back to the else block.

The else block is required if the branches inside when don’t cover all possible cases. In the following example, the variable day is set to 1. As a result, the code on the first branch will be executed:

Assume that we set the day to 7, which doesn’t match any of the values on the branches. Upon running the code, the else block would run, outputting Oh, so it’s Sunday then.

You can also define common behavior for multiple cases. For example, in the following when block, we output the same message for days 1, 2 ,and 3:

You can also use the in expression within a when block in two cases. First, to check if an item is in a collection. Otherwise, to check if the numerical value returned from the conditional expression is in a given range. The following example demonstrates both cases:

To be clear, we did not have to define the else block in the example above because the branches in the when block cover all possible cases — either it’s a day of the week, or it’s not. I just left it there to be complete and thorough.

In Kotlin, the for looping construct is used to cycle through an iterable and perform a consistent action on every iteration instance.

Let’s say you have a collection of fruits, and for each fruit, you want to print its name and index. Here’s how to do that in Kotlin using the for loop:

You can also iterate over a range of numbers using a range expression:

Or define more advanced looping methods, such as iterating backward and only counting on every three steps:

downTo is used to iterate through numbers in reverse order. So in the example above, we’re counting down from twelve to zero and skipping three steps between each number printed. Below is the result:

Both while and do...while allows you to keep doing something as long as a given condition is true. The difference between the two is in when the condition gets checked — before or after executing the block of code.

The following while loop executes the code block for as long as x is less than or equal to 6:

The following do...while loop also executes the code block for as long as x is less than or equal to 6. However, it first executes the block before checking the condition:

The above code gives the same output as the while loop example. Before proceeding, there is something important that you should keep in mind.

If you were paying attention, you might have asked the following question: “What if the condition continues to be true and never evaluates to false?” The answer is that it leads to a problem known as an infinite loop.

An infinite loop or indefinite loop is one that never ends and goes on infinitely unless an external intervention occurs —  usually, the page starts to freeze and the browser prompts you to close the tab.

When you’re using a loop in your program, you must make sure that the loop has a termination point  —  a point where the condition evaluates to false. Otherwise, it’ll lead to an infinite loop.

Going back to the last two while and do...while loop examples, you can see that we incremented the variable x on every iteration. This move ensures that the loop gets terminated eventually — in this case, when x becomes greater than 6.

Here’s an example of an infinite loop:

This is an infinite loop because x will always be 1 on every iteration, and therefore, the while check will always evaluate to true .

Next, we’ll take a look at ways to control the flow of program execution in a loop.

When you’re executing a loop in your Kotlin program, you can use the break and continue jump expressions to control the flow of code execution inside the loop.

When performing a loop in your Kotlin program, the break expression is used to terminate the loop when a condition becomes true.

Let’s take a look at the following example. Once we find myLuckyNumber, it makes no sense to continue iterating over the rest, so we used the break expression to terminate the loop:

Once the for iteration gets to 5, it terminates the loop. Here’s the output:

The break expression isn’t just used to terminate a loop before its end, but also used to terminate infinite loops. Assuming the loop above was meant to go on forever (and not terminate when i is equals to 10), using break as we did in the above example will also terminate the loop.

The continue expression is used to skip a particular iteration in a loop.

Let’s take a look at the following example, which is similar to the previous one. This time, we don’t want to iterate over myUnluckyNumber, so we skip it by using the continue expression:

Let’s review what we discussed in this article about conditions and loops in the Kotlin programming language.

if is used to execute a sequence of code if a given condition is true. You can chain an else block to it and define the code that should be executed if the condition were to be false.

when evaluates a condition and sequentially compares the value with any of those in its branches. If there is a match, it’ll run the corresponding code. If there is no match, it’ll fall back to the else block — which, in that case, must be provided.

A for loop can be used to iterate through anything that provides an iterator, which could be a string, array, map and so on.

Always ensure that a loop can be terminated to prevent creating an infinite loop. To terminate a loop when a given condition becomes true, you use the break expression within an if check inside the loop.

To skip a particular iteration in a loop when a given condition is true, you use the continue expression within an if check inside the loop.

Thanks for reading, have a great week!