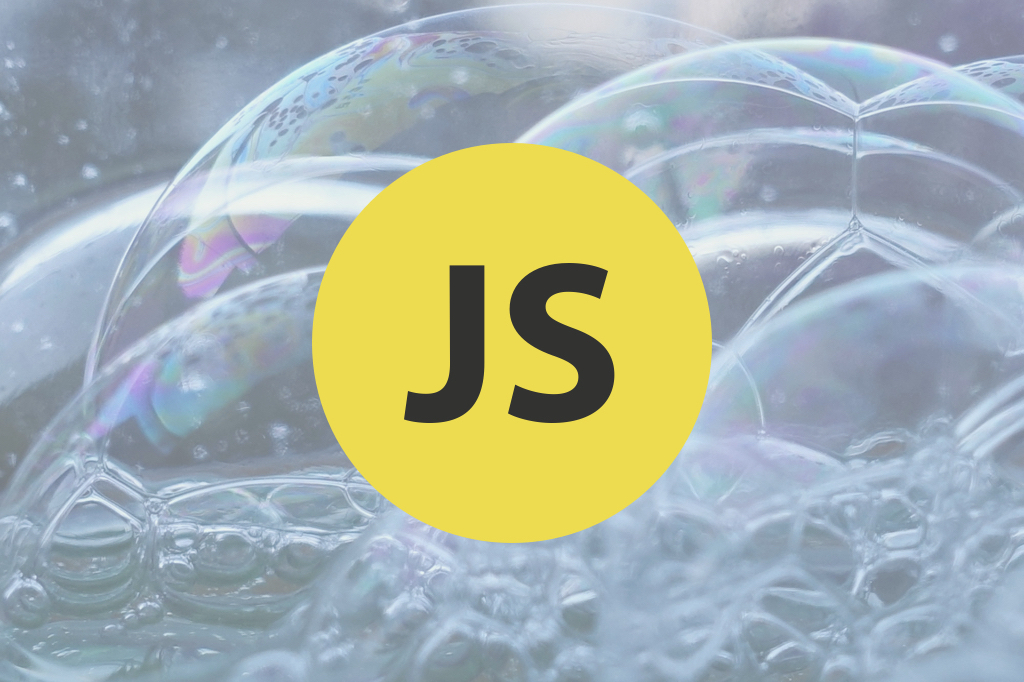 JavaScript has its origins in the early web. Starting out as a scripting language, it has now evolved into a fully fledged programming language with support for server-side execution.

Scaling these applications — frontend equally as backend — can be quite tricky. With a mediocre setup, you will eventually hit limitations and get lost in a sea of confusion. I want to share a couple of small tips that will help you write clean code in an efficient way.

This article is geared towards JavaScript developers of any skill level. However, developers with at least intermediate knowledge of JavaScript will benefit most from these tips.

The most important thing I can recommend to keep a codebase clean and readable is having specific chunks of logic (usually functions) separated by topic. If you write a function, the function should default to having only one purpose and should not do multiple things at once.

Also, you should avoid causing side effects, meaning in most cases, you should not change anything that is declared outside your function. You receive data into functions with parameters; everything else should not be accessed. If you wish to get something out of the function, return new values.

Of course, you can group multiple functions into one module (and/or class, if you wish) if these functions are used in a similar way or do similar things. For example, if you have many different calculations to do, split them up into isolated steps (functions) that you can chain. However, these functions can all be declared in one file (module). Here is the example in JavaScript:

If you are writing frontend JavaScript, definitely make use of default exports for the most important items and named exports for secondary items.

When declaring a function, you should always prefer multiple parameters over one parameter that expects an object:

The reason behind this is that you know exactly what you need to pass to the function when you look at the first line of the function declaration.

Even though functions should be limited in size — doing only one job — it may happen that functions grow bigger in size. Scanning through the function body for the variables you need to pass (that are nested inside an object) will take you more time. Sometimes it might seem easier to just use the whole object and pass it to the function, but to scale your application, this setup will definitely help.

There is a certain point where declaring specific parameters does not make sense. For me, it is above four or five function parameters. If your function grows that big, you should pivot to use object parameters.

The main reason here is that parameters need to be passed in a specific order. If you have optional parameters, you need to   pass undefined or null. With object parameters, you can simply pass the whole object, where order and undefined values do not matter.

Destructuring is a nice tool that was introduced with ES6. It lets you grab specific fields from an object and assign it to a variable immediately. You can use this for any kind of object or module.

It does make sense to only import the functions you need to use in your file instead of the whole module, and then access the specific functions from it. Similarly, when you decide that you definitely need an object as function parameter, use destructuring as well. This will still give you the overview of what is needed inside the function:

As you can see, I still know what I need to pass to the function — even if it is wrapped in an object. To solve the problem of knowing what is required, see the next tip!

(By the way, this also works for React functional components.)

Default values for destructuring or even basic function parameters are very useful. Firstly, they give you an example of what value you can pass to the function. Secondly, you can indicate which values are required and which are not. Using the previous example, the full setup for the function could look like this:

Obviously, sometimes you might not want to use default values and instead throw an error if you do not pass a value. Oftentimes, however, this is a handy trick.

The previous tips lead us to one conclusion: do not pass around data that you don’t need. Here, again, it might mean a bit more work when setting up your functions. In the long run, however, it will definitely give you a more readable codebase. It is invaluable to know exactly which values are used in a specific spot.

I have seen big files — very big files. In fact, over 3,000 lines of code. Finding chunks of logic is incredibly hard in these files.

Therefore, you should limit your file size to a certain number of lines. I tend to keep my files below 100 lines of code. Sometimes, it is hard to break up files, and they will grow to 200–300 lines and, in rare occasions, up to 400.

Above this threshold, the file gets too cluttered and hard to maintain. Feel free to create new modules and folders. Your project should look like a forest, consisting of trees (module sections) and branches (groups of modules and module files). Avoid trying to mimic the Alps, piling up code in confined areas.

Your actual files, in comparison, should look like the Shire, with some hills (small levels of indentation) here and there, but everything relatively flat. Try to keep the level of indentation below four.

Maybe it is helpful to enable eslint-rules for these tips!

Working in a team requires a clear style guide and formatting. ESLint offers a huge ruleset that you can customize to your needs. There is also eslint --fix, which corrects some of the errors, but not all.

Instead, I recommend using Prettier to format your code. That way, developers do not have to worry about code formatting, but simply writing high-quality code. The appearance will be consistent and the formatting automatic.

Ideally, a variable should be named based on its content. Here are some guidelines that will help you declare meaningful variable names.

Functions usually perform some kind of action. To explain that, humans use verbs — convert or display, for example. It is a good idea to name your functions with a verb in the beginning, e.g., convertCurrency or displayUserName.

These will usually hold a list of items; therefore, append an s to your variable name. For example:

Simply start with is or has to be close to natural language. You would ask something like, “Is that person a teacher?” → “Yes” or “No.” Similarly:

forEach, map, reduce, filter, etc. are great native JavaScript functions to handle arrays and perform some actions. I see a lot of people simply passing el or element as a parameter to the callback functions. While this is easy and quick, you should also name these according to their value. For example:

Oftentimes, you have to keep track of the ids of specific datasets and objects. When ids are nested, simply leave it as id. Here, I like to map MongoDB _id to simply id before returning the object to the frontend. When extracting ids from an object, prepend the type of the object. For example:

An exception to that rule is MongoDB references in models. Here, simply name the field after the referenced model. This will keep things clear when populating references documents:

10. Use async / await where possible

Callbacks are the worst when it comes to readability — especially when nested. Promises were a nice improvement, but async/await has the best readability, in my opinion. Even for beginners, or people coming from other languages, this will help a lot. However, make sure you understand the concept behind it and do not mindlessly use it everywhere.

As we saw in tips 1 and 2, keeping logic in the right place is key to maintainability. In the same way, how you import different modules can reduce confusion in your files. I follow a simple structure when importing different modules:

I used a React component as an example here since there are more types of imports. You should be able to adapt that to your specific use case.

console.log is a nice way of debugging — very simple, quick, and does the job. Obviously, there are more sophisticated tools, but I think every developer still uses it. If you forget to clean up logs, your console will eventually end up a giant mess. Then there is logs that you actually want to keep in your codebase; for example, warning and errors.

To solve this issue, you can still use console.log for debugging reasons, but for lasting logs, use a library like loglevel or winston. Additionally, you can warn for console statements with ESLint. That way you can easily globally look for console... and remove these statements.

Following these guidelines really helped me to keep my codebase clean and scalable. Are there any tips you find particularly useful? Let us know in the comments what you will include in your coding workflow, and please share any other tips you use to help with code structure!

About the author: Lukas Gisder-Dubé co-founded and led a startup as CTO for 1.5 years, building the tech team and the architecture. After leaving the startup, he taught coding as Lead Instructor at Ironhack and is now building a startup agency & consultancy in Berlin. Check out dube.io to learn more.

Just recently, the team at Dubé launched Assetizr, which resizes, optimizes, and crops all kinds of images in a split second. Go ahead and check it out, it’s free!

7 Replies to “12 tips for writing clean and scalable JavaScript”