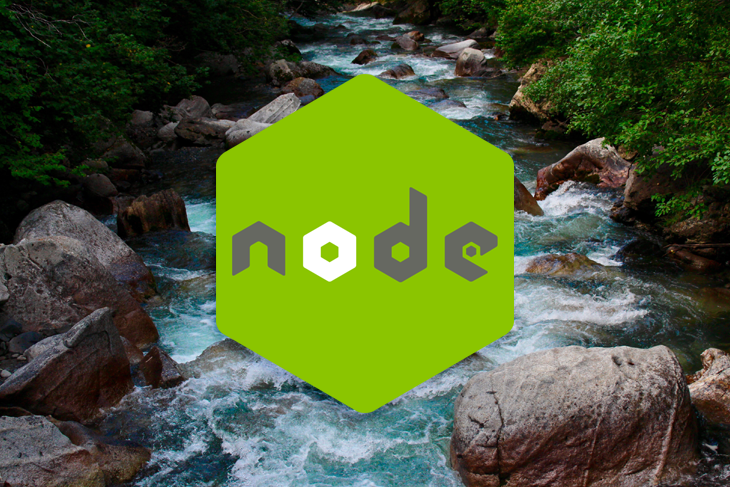 Streams are one of the major features that most Node.js applications rely on, especially when handling HTTP requests, reading/writing files, and making socket communications. Streams are very predictable since we can always expect data, error, and end events when using streams.

This article will teach Node developers how to use streams to efficiently handle large amounts of data. This is a typical real-world challenge faced by Node developers when they have to deal with a large data source, and it may not be feasible to process this data all at once.

This article will cover the following topics:

The following are four main types of streams in Node.js:

When to use Node.js streams

Streams come in handy when we are working with files that are too large to read into memory and process as a whole.

For example, consider Node.js streams a good choice if you are working on a video conference/streaming application that would require the transfer of data in smaller chunks to enable high-volume web streaming while avoiding network latency.

Batching is a common pattern for data optimization which involves the collection of data in chunks, storing these data in memory, and writing them to disk once all the data are stored in memory.

Let’s take a look at a typical batching process:

Here, all of the data is pushed into an array. When the data event is triggered and once the “end” event is triggered, indicating that we are done receiving the data, we proceed to write the data to a file using the fs.writeFile and Buffer.concat methods.

The major downside with batching is insufficient memory allocation because all the data is stored in memory before writing to disk.

Writing data as we receive it is a more efficient approach to handling large files. This is where streams come in handy.

The Node.js fs module exposes some of the native Node Stream API, which can be used to compose streams.

We’ll be covering readable, writable, and transform streams. You can read our blog post about duplex streams in Node.js if you want to learn more about them.

A writeable stream is created using the createWriteStream() method, which requires the path of the file to write to as a parameter.
Running the above snippet will create a file named file.txt in your current directory with 20,000 lines of Hello world welcome to Node.js in it.

Transform streams have both readable and writable features. It allows the processing of input data followed by outputting data in the processed format.

To create a transform stream, we need to import the Transform class from the Node.js stream module. The transform stream constructor accepts a function containing the data processing/transformation logic:

Here, we create a new transform stream containing a function that expects three arguments: the first being the chunk of data, the second is encoding (which comes in handy if the chunk is a string), followed by a callback which gets called with the transformed results.

Piping streams is a vital technique used to connect multiple streams together. It comes in handy when we need to break down complex processing into smaller tasks and execute them sequentially. Node.js provides a native pipe method for this purpose:

Refer to the code snippet under Composing transform streams for more detail on the above snippet.

Node 10 introduced the Pipeline API to enhance error handling with Node.js streams. The pipeline method accepts any number of streams followed by a callback function that handles any errors in our pipeline and will be executed once the pipeline has been completed:

When using pipeline, the series of streams should be passed sequentially in the order in which they need to be executed.

We can also handle stream errors using pipes as follows:

As seen in the above snippet, we have to create an error event handler for each pipe created. With this, we can keep track of the context for errors, which becomes useful when debugging. The drawback with this technique is its verbosity.

In this article, we’ve explored Node.js streams, when to use them, and how to implement them.

Knowledge of Node.js streams is essential because they are a great tool to rely on when handling large sets of data. Check out the Node.js API docs for more information about streams.

Emmanuel John Follow I'm a full-stack software developer, mentor, and writer. I am an open source enthusiast. In my spare time, I enjoy watching sci-fi movies and cheering for Arsenal FC.
« React and Stripe payment system tutorial
How to play sounds in React Native using react-native-sound »