Why you should turn your app into a PWA 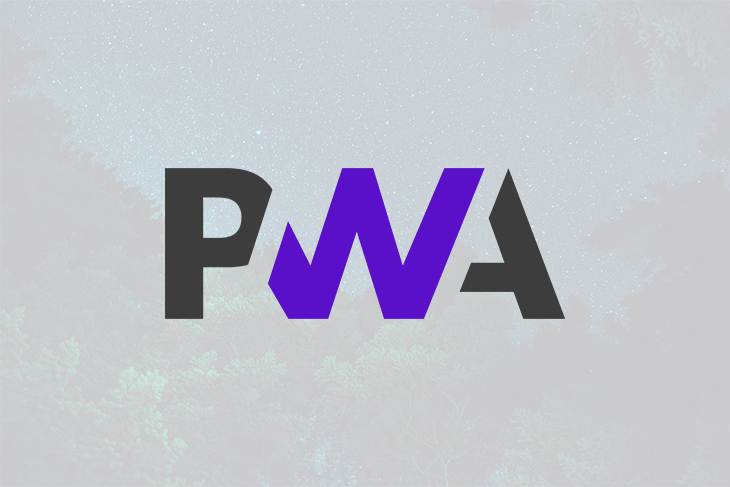 Modern applications, to have a chance to succeed and attract users, should have a few qualities that are almost mandatory, such as:

These are just some of the points that should be taken into consideration before building a web application, but there’s a lot of available techniques and concepts which will help it succeed in the long-term.

Imagine that instead of building a casual web application, using the same common techniques, we could make this web application behave and work like a native application. We could make it more efficient, performant, elegant, able to send push-notifications to our users, work offline, improve performance and conversion rate, etc.

What is a PWA?

Progressive web apps work offline when you don’t have an internet connection, using the data cached during your last interactions, this is possible because of service workers.

A service worker is a script that your browser runs in the background, separate from a web page, opening the door to features that don’t need a web page or user interaction. Today, they already include features like push notifications and background sync.

Flipkart, the e-commerce company based in India, decide to turn their web application into a progressive web app, and as a result, they tripled the time user’s spent on their site, along with a few more positive results:

There are a lot of other companies using progressive web apps in production today, such as Twitter, Pinterest, Flipkart, Starbucks, Forbes, and more.

Turn your app into a PWA

Progressive web apps are quietly taking over the world of web applications and companies are slowly starting to adopt them with huge success. Turning your modern web application into a PWA can bring so many advantages and will help your users to be more interactive and engaged with your application.

Let’s take a look into the features that progressive web apps offer and why they can make web apps so powerful, performant, and reliable, giving the feel to the web app like it’s a native application.

Progressive web apps are always loaded from a secure origin connection using HTTPS. It helps reduce the load-time of the app and increases how fast the app will load to the user.

To make use of a native app, the user needs to download it from a store, it will require memory from the user’s device, and most of the time, the user doesn’t want to download a simple application that is going to be used twice in a month.

Web apps are designed and developed from scratch to work online. Sometimes the user’s internet connection might drop for a few minutes, but after it gets back, the user wants their action registered, and the app should do what the user intended to do. Every user wants their action to be registered, no matter what. The problem with web apps is that getting them to work offline is not an easy task.

One of the pain points about native apps is that they need to be downloaded from a store, like the App Store or Google Play store.

The user will need to spend some memory from the phone to install the app, spend more time downloading the app, creating an account, and setting up everything before navigating on the app.

Progressive web apps are apps that don’t need to be downloaded from a store, the user can simply click on the button to save the app to their device. Progressive web apps run in a standalone window instead of a browser, making them launchable from the user’s home screen very easily:

These apps aren’t packaged and deployed through stores, they’re just websites that took all the right vitamins. — Alex Russel on “Progressive Web Apps: Escaping Tabs Without Losing Our Soul”.

The ability to have the app saved on their device like a real native app makes a lot of difference, it will save memory on the device, and it will only load content when the user opens the app.

Getting started with PWAs

Now that we know more about how progressive web apps work and the differences between hybrid apps, let’s turn a Next.js app into a PWA to see it in practice.

You can easily create a new Next.js application with the following command:

After creating our application, we are going to install a dependency for turning our app into a PWA:

Now, all we have to do is create a file on our root folder called next.config.js and put the following code inside it:

Inside our public folder, we are going to create our manifest.json file. Every PWA should have a file called manifest.json, this web manifest file provides information about the app in a JSON format and it is necessary for our app to be downloaded and work similarly to a native app.

We are going to use a PWA Manifest Generator to generate our manifest.json. It’s very easy and takes just a few seconds. After have generated our manifest.json file and the icons, all we have to do is put the content inside our public folder.

Now, we have a Next.js PWA working, offering offline support for our app and many more advantages that a PWA brings.

Progressive web apps are a new standard for building modern applications that mix web and native technologies to create fast and accessible web apps. Turning your app into a progressive web app could bring so many advantages such as offline support, push notifications, geolocation, improved user experience, increase in traffic for sales and conversion, and much more.