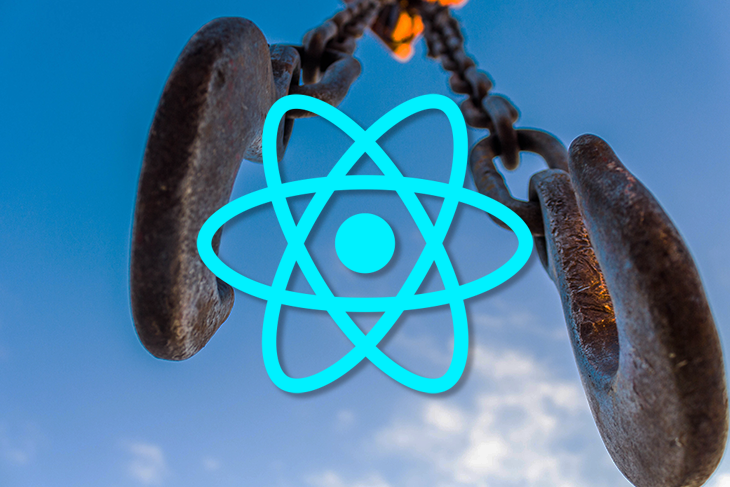 Editor’s note: This React Hooks article was last updated on 4 August 2022 to include a section about common error messages in React Hooks.

React Hooks launched through v16.8 in February of 2019. Though they aimed to allow users to use state and other React features without the need for writing a class. Though this seemed exciting at first, there are a few frustrations and pitfalls that have come with it.

In this article, we’ll go over the common frustrations with React Hooks. We’ll discuss the problem React Hooks intends to solve, what was wrong with the class component, as well as common error messages you may see in React Hooks and how to solve them. Let’s get started!

What problems do React Hooks solve?

Before I detail my frustrations with React Hooks, I want to state for the record that I am, for the most part, a fan of React Hooks.

I often hear that the main reason for the existence of Hooks is to replace class components. Sadly, the main heading in the official React site’s post introducing Hooks undersells Hooks with this not-so-bold statement:

Hooks are a new addition in React 16.8. They let you use state and other React features without writing a class.

“This explanation does not give me a lot of motivation to use React Hooks apart from “Classes are not cool, man!””

What was wrong with class components?

There is something beautiful and pure about the notion of a stateless component that takes some props and returns a React element. It is a pure function and as such, side effect free.

There are several well-documented problems with class-based lifecycle events. One of the biggest complaints is that you often have to repeat logic in componentDidMount and componentDidUpdate.

If you have used React for any length of time, you will have encountered this problem.

With React Hooks, this side effect code can be handled in one place using the effect Hook.

The useEffect Hook is a considerable improvement, but this is a big step away from the pure stateless functions we previously had. Which brings me to my first frustration.

Yet another JavaScript paradigm to learn

For the record, I am a 50-year-old React fanboy. The one-way data flow will always have a place in my heart after working on an ember application with the insanity of observers and computed properties.

The problem with useEffect and friends is that it exists nowhere else in the JavaScript landscape. It is unusual and has quirks, and the only way for me to become proficient and iron out these quirks is to use it in the real world and experience some pain.

No tutorial using counters is going to get me into the flow. I am a freelancer and use other frameworks apart from React, and this gives me fatigue. The fact that I need to set up the eslint-plugin-react-hooks to keep me on the straight and narrow for this specific paradigm does make me feel a bit wary.

To hell and back with the dependencies array

The useEffect Hook can take an optional second argument called the dependencies array that allows you to optimize when React would execute the effect callback. React will make a comparison between each of the values via Object.is to determine whether anything has changed. If any of the elements are different than the last render cycle, then the effect will be run against the new values.

The comparison works great for primitive JavaScript types, but problems can arise if one of the elements is an object or an array. Object.is will compare objects and arrays by reference, and there is no way to override this functionality and supply a custom comparator.

Checking the equality of objects or functions by reference is a common gotcha, and I can illustrate this with the following scaled-down version of a problem I encountered:

On line 14, a new object is passed into useFetch on each render if we do not do something to ensure the same object is used each time. In this scenario, it would be preferable to check this object’s fields and not the object reference.

I do understand why React has not gone down the route of doing deep object compares. You can get into some serious performance problems if not careful. I do seem to revisit this problem a lot, and there are a number of fixes for this. The more dynamic your objects are, the more workarounds you start adding.

There is an ESLint plugin that you really should be using with the automatic –fix setup in your text editor of choice to apply ESLint fixes automatically. I do worry about any new feature that requires an external plugin to check correctness.

The fact that use-deep-object-compare, use-memo-one, and others exist is a testimony to this being a common enough problem, or, at the very least, a point of confusion.

React relies on the order in which Hooks are called

Some of the first custom React Hooks to hit the shelves were several useFetch implementations that use Hooks to query a remote API. Most skirt around the issue of calling the remote API from an event handler because Hooks can only be called from the start of a functional component.

What if the data we have has pagination links and we want to rerun the effect when the user clicks a link? Below is a simple useFetch example:

The useFetch Hook will be called once on the first render with this code:

But how would we call the useFetch Hook from the event handlers of these buttons?

Don’t call Hooks inside loops, conditions, or nested functions. Instead, always use Hooks at the top level of your React function.

React Hooks need to be called in the same order each time the component renders. Overreacted beautifully articulates several reasons why this is the case.

You definitely cannot do this:

Calling the useFetch Hook from an event handler breaks the rules of Hooks because you would break the order in which the Hooks are called on each render.

Return an executable function from the Hook

Many Hooks now return a function that can be called from outside of the top-level declaration. The rules of React Hooks still hold and the call to /api/user/1 can be triggered from an event handler.

The code below is from a package I wrote called react-abortable-fetch:

The call useFetch returns an object with both a state property and a run function. The run function will actually execute the remote query.

React Hooks often throws some frustrating errors. Let’s go over some of these common error messages in React Hooks and discuss why they occur.

“React Hook cannot be called inside a callback”

This error occurs when a React Hook is called in nested functions. Let’s see an example:

See that we have a high order calculation WithCounter. In its callback function, notice that we are using useState hook. This fails the rule of React Hook.

The above code will throw React Hook "useState" cannot be called inside a callback. React Hooks must be called in a React function component or a custom React Hook function.  error. In line 5, const [count, setCount] = useState(0);, we are calling the React useState Hook there. Even though the function is used as component in the App component, React will treat the component as a callback function.

React Hooks should not be called in nested functions

This error is similar to the above error that we just learned. React Hooks must be called inside a React function component or a custom React hook.

Let’s say that we have a React component, App:

We can call any React Hooks or custom Hooks here:

We just called a useState hook in the App component. This is in line with React’s rule of Hooks. But now, let’s say that we have a function in App component like this:

This is a bad way to use React Hooks. See that we are calling useState inside a function. This will throw the error: React hooks must be called in a React function component or a custom React hook function . This is because the onClick function handler counterFn is not a functional component.

We can call a React Hook inside a custom React Hook. Now, React knows that a function is a Hook with its name starting with use and may call other React Hooks.

The above function is a custom React Hook because its name starts with use.

This error occurs if we are miss adding a necessary dependency to the useEffect hook dependency array. Let’s see an example:

We have a useEffect here. In this circumstance, the useEffect will run once on initial mount and will not run again. Now, looking at the callback inside the useEffect, we see that it calls setCounter with the counter state as a parameter.

We can see that useEffect is dependent on the counter state. In this case, React will show the warning: Either include it or remove the dependency array. eslintreact-hooks/exhaustive-deps.

Now, this will clear the warning in our console.

React Hooks have problems, and there is no getting around this fact. I have always loved React’s declarative approach, where state changes and the UI updates. The dependency arrays of useEffect and friends sound like a declarative way of making this happen.

If the dependency array only contains primitives, then this is great. Unfortunately, problems arise when you have objects and functions in the dependency array. Reference checking is how objects and functions are compared in JavaScript natively. An ill-placed arrow function will lead to a useEffect Hook spinning into an infinite loop. Developers are then left to ponder the choice between useCallback, useRef, useMemo, etc., to come up with the winning formula.

The fact that React Hooks can only be called from the top-level leads to workarounds that should be handled at the framework level.