Antonello Zanini Follow I'm a software engineer, but I prefer to call myself a technology bishop. Spreading knowledge through writing is my mission. 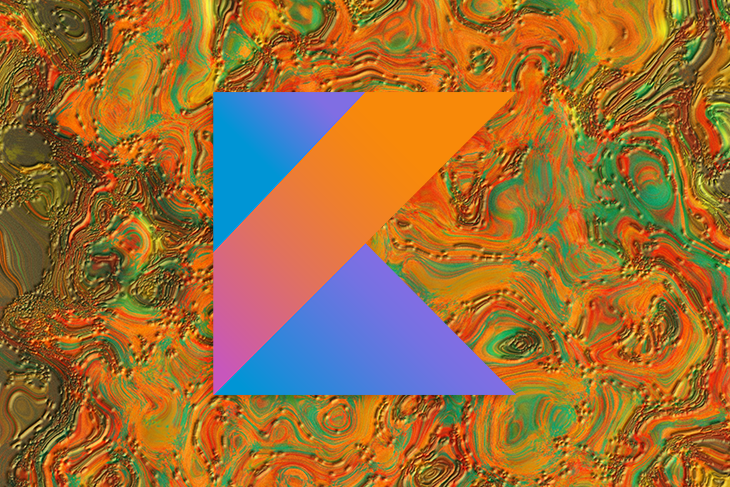 Let’s have a look at everything you need to know to start dealing with safe and unsafe Kotlin type casting like a pro.

Type casting gives the ability to convert a particular type into a smaller or larger type. But as you can imagine, this transformation operation is tricky and may fail or lead to unexpected results. This is why Kotlin introduced two operators to equip you with everything you need to deal with type casting: the safe operator and the unsafe operator.

What is type casting?

Type casting, also called type conversion, is the process of converting a variable from one data type to another. This generally happens through some operators or particular syntax. Also, in some cases, it can be performed automatically behind the scenes by the interpreter or compiler. An example of a type cast operation is the transformation of an integer into a string.

Keep in mind that type casting is an error-prone operation and should not be performed lightheartedly. Consequently, an unexpected cast may lead to exceptions and fatal errors. This is why you should know how to use them properly, what to expect from them, and how to prevent or handle errors when they occur.

Let’s find all this out in Kotlin.

Since most Kotlin developers are former Java developers or still use both technologies, it is worth pointing out the differences between the two languages when it comes to type casting.

In detail, Java supports implicit type conversion from smaller to larger types. For example, an int variable can be assigned to a long variable with no explicit casts:

This Java snippet is valid and results in no errors. During the assignment, Java performs an implicit type cast to convert number1 from an int to a long type. At the end of the assignment, number2 is a long type variable storing the long representation of the number1 value.

On the contrary, Kotlin does not support implicit type conversion from smaller to larger types. This means that an Int variable cannot be converted to a Long variable without an explicit cast or type conversion:

This Kotlin snippet is invalid and would lead to a “Type mismatch: inferred type is Int but Long was expected” error.

If you want to convert an Int to a Long in Kotlin, you need to perform an explicit type conversation operation through the toLong() function, as below:

At the end of the assignment, number2 correctly stores the Long representation of the number1 value.

Notice that Kotlin comes with several functions to convert types from smaller types to larger types and vice versa. Thus, if you want to perform type conversion on primitive types on Kotlin, consider using the conversion utility functions Kotlin equips you with.

Basic type casting takes place in Kotlin through explicit type casting. It is called like this because if you want to perform a type cast, you explicitly have to use one of the two following cast operators Kotlin comes with.

In detail, there are two cast operators you should be aware of:

Let us now delve deeper into both and learn how to use them with examples and when it is best to use one or the other.

You can use the as operator as follows:

In this example, you are assuming that you do not know the type of the foo variable at compile time. In fact, Any is the root of the Kotlin class hierarchy, which means that every Kotlin class has Any as a superclass. In other terms, any Kotlin variable can have Any as a type.

But as you can see, foo stores a string, which is why the type casting operation performed when assigning foo to str1 through an explicit cast with as will work. When run, this snippet prints:

Notice that without as, the snippet would return a “Type mismatch: inferred type is Any but String was expected” error.

But not all explicit casts are successful. Let’s have a look at this example:

This code would lead to the following error:

This is why foo stores a Int value, which cannot be converted to a String type.

Similarly, the as cast operator might fail when nullable types are involved, as below:

In this example, you are trying to convert a nullable type to a non-nullable type. This would lead to the “null cannot be cast to non-null type kotlin.String” error. To avoid this, simply declare str1 as a nullable type, as follows:

In this case, the explicit cast would be performed with no error, and the following line printed in the terminal:

Read this article to learn everything you need to know about Kotlin null safety.

So, every time you perform an explicit cast through the as unsafe operator, you should consider that a ClassCastException might be thrown. If you want to prevent this error from crashing your application, you must handle it as follows:

This is the only way you have to avoid errors when using the Kotlin unsafe cast operator.

The as? Kotlin cast operator is called safe because it returns null when the cast cannot be performed. In other words, it is considered safe because it allows you to avoid exceptions, returning null on failure. This also means that when using it, the type of the receiver variable should always be nullable. Otherwise, an error would be thrown, as in the snippet below:

This example would return a “Type mismatch: inferred type is String? but String was expected” error because str1 does not have a nullable type. To make it work, all you have to do is declare str1 as String?:

This would now print:

So, the as? safe cast operator always requires nullable types.

Now, let’s see how it behaves in the same snippet that returned a ClassCastException with as presented above:

This would no longer fail. On the contrary, it would print:

This is because 42 is an Int and cannot be cast to String, as explained before.

So, the try … catch … statement is no longer required when using the safe cast operator. On the other hand, keep in mind that the receiver type will always be nullable. So, you should always consider the case where the cast failed, and the receiver variable has null value.

You can handle the two cases as follows:

Notice that in the else branch Kotlin automatically casts str1 to a non-nullable type. This allows you to treat str1 as the explicit safe cast never happened and always had the desired type.

Summing up, both unsafe and safe Kotlin cast operators allow you to perform explicit type casting.

The as unsafe operator returns an exception when the cast fails. This means that you should use it carefully and only when you are sure the cast will be successful, for example when casting a type to its supertype in an inheritance hierarchy.

On the contrary, the as? safe operator returns null when the cast fails. This means that you can use it more lightheartedly because a failed cast would not crash your application. On the other hand, it involves nullable types, and you must know how to deal with them. Also, you should avoid nullable types as they are not strictly necessary.

Although it is not the goal of this article, it is worth noting that Kotlin also supports implicit type casting through what is called smart casting.

The Kotlin smart cast feature is based on the is and !is operators. These allow you to perform a runtime check to identify whether a variable is or is not of a given type. You can use them as explained in the example below:

If executed, this would print:

Now, let’s try to understand how the Kotlin smat cast feature works. In detail, the smart cast uses the is-check to infer the type of immutable variables and insert safe casts automatically at compile time when required. When this condition is met, you can avoid writing explicit type casts in your code and let the compiler write it automatically for you, as in the example below:

As you can see, foo has type Any. This means that if you tried to access the length attribute, you would get an error. This is because Any does not have such an attribute. But foo stores a String. Therefore, the is-check would succeed and foo will be smart cast to String. Thus, foo can be treated as a String inside the if statement.

Wrapping up, the smart casts empower you to avoid declaring explicit casts and filling your code with useless and avoidable instructions. Understing how it works can be tricky, though. This is why you should read the page from the official Kotlin documentation and learn more about it.

In this article, we looked at what type casting is, how Java and Kotlin approach it, which operators Kotlin provides you with, and how, when, and why to use them. As shown, Kotlin comes with two approaches to type casting. The first one involves explicit casts and requires two operators: the as unsafe cast operator, and the as? safe cast operator.

Although looking similar, they have different meaning and behavior, especially in case of failure. So, you should never confuse them. And here we saw everything you need to start mastering them and always choosing the right operator.

The second approach to type casting involves implicit casts and is based on the smart cast Kotlin feature. This is a powerful tool to avoid filling your code with useless explicit casts and let the compiler infer the right type for you.

Thanks for reading! I hope that you found this article helpful. Feel free to reach out to me with any questions, comments, or suggestions.

Antonello Zanini Follow I'm a software engineer, but I prefer to call myself a technology bishop. Spreading knowledge through writing is my mission.
« Why you need a perfectly groomed backlog for sprint planning
Understanding the exclamation mark in TypeScript »