Antonello Zanini Follow I'm a software engineer, but I prefer to call myself a technology bishop. Spreading knowledge through writing is my mission.

A complete guide to null safety in Kotlin 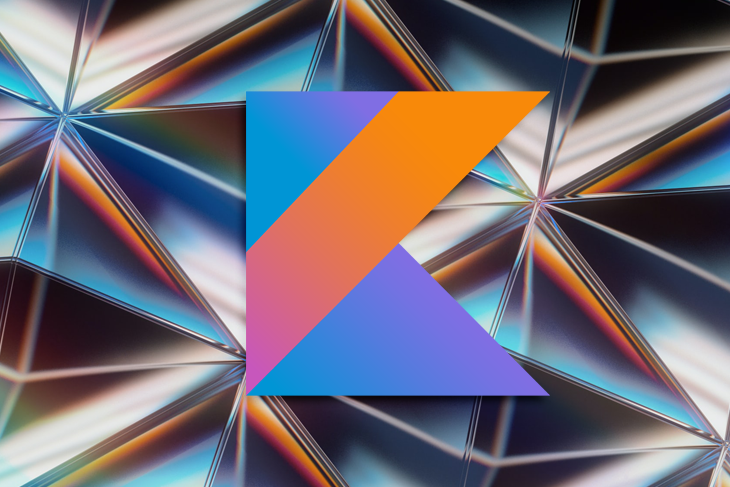 One of the most common problems coming with programming languages is that accessing a variable with a null value causes a null reference exception at runtime. This leads to several issues that may be difficult to address while programming.

This is why a few programming languages introduced the possibility to indicate that a variable is nullable, or in other words, that it can accept the null value. Consequently, any variable cannot contain the null value unless you explicitly say it can. This way, you can avoid the danger of null references, and you do not have to wait for exceptions or errors to be thrown at runtime.

Kotlin supports this possibility since its first release, and it is called null safety. This characteristic undoubtedly represents one of the coolest, most beautiful, and innovative features coming with the Kotlin programming language. This is why it is so important to know how to properly use it.

So, let’s dive into null safety in Kotlin and learn everything you should know.

While initializing a variable in Kotlin as you would in Java, you are using non-nullable types. This is because Kotlin imposes strict null-safety by default. Let’s see what this means:

The real difference between Java and Kotlin when dealing with null values becomes clear when trying to give fooString a null value, as follows:

In Kotlin, this leads to a compilation error because the fooString variable was declared with a non-nullable type. In Java, this would not lead to any error, except for a NullPointerException at runtime when trying to call a method or accessing a field on fooString.

The reason is that Java does not support null safety, and non-nullable types do not exist. In other terms, any variable is always a nullable reference and there is no way to avoid null values except with custom logic. Thus, any reference in Java may be null by default.

Even in Kotlin, variables can accept null values, but you have to declare it explicitly. In the example above, you can achieve it by changing the type of fooString variable and replacing it with the corresponding nullable type:

As you can see, by adding the ? character to the end of the type name, you are making the variable a nullable reference. This is how nullable types are used in Kotlin.

Now the following line of code would not lead to any compile-time errors, just like it would in Java:

Nullable types can be also used as generics, but again you must explicitly declare them as nullable:

Nullable types are also useful when dealing with casts. This is because the operation would result in a ClassCastException if the object did not match the target type. But Kotlin introduced the safe cast operator as?, which returns null when the cast operation fails:

Learning how to properly handle null safety in Kotlin takes time. Luckily, Kotlin is a versatile programming language, and it supports two approaches to make dealing with null safety easier, especially for beginners. Let’s see them in action.

If you want to avoid using advanced techniques to tackle null safety in Kotlin, all you have to do is use the same approach you would use in Java to avoid NullPointerException. Basically, before accessing a nullable variable field by calling one of its methods, you always have to explicitly check whether the variable is not null, and handle the two possible cases separately.

This can be easily achieved with an if-else expression:

The Kotlin compiler is smart enough to track the code logic and understand that there is a fallback logic when fooString is null. So, no errors at compile time will be thrown because the strict Kotlin null safety is enforced as expected. In fact, the fooString variable will be accessed only when it has a proper value.

The main problem with this approach is that it only works when the variable to check is immutable. Specifically, it works only with local variables that are not modified between the check and their usage, or val class members that have a backing non-overridable field value. This is because the compiler could not otherwise be sure that the nullable variable was not changed to null after the check.

When dealing with a collection of a nullable type, you can simply remove them from the equation by filtering them all. This is easily achievable by employing the filterNotNull() method coming with any Kotlin collection, as follows:

As you can see, the filterNonNull() method returns a list of the corresponding non-nullable type, making the null safety handling issue implicitly solved.

Kotlin comes with a few custom operators that represent the recommended and advanced way to properly address null safety. Let’s learn how to use them all.

The Kotlin safe call operator ?. allows you to access a field or call a method on a nullable variable. In particular, this operator executes the action on the variable only when its reference is not null. Otherwise, it returns null. Let’s see it in action through an example:

Plus, this operator is particularly useful when performing multiple chain calls. In this case, the chain calls return null if any of the properties are null:

In other words, if any variable in the chain calls is not null, the name in uppercase of the mayor of the fooCity is returned. Otherwise, null is returned.

Keep in mind that the safe call operator can also be used on the left side of an assignment. What happens is that if one of the properties in the safe calls chain is null, then the expression on the right is not evaluated, and the assignment is skipped as a result:

In this case, the assignment is performed only when fooCity and its mayor property are not null.

Also, this operator can be used together with the let() scope function to perform a particular operation only for non-null values:

This expression reads just like an entire if-else expression, as follows:

Notice that throw and return are regular Kotlin expressions. This means that they can be used on the right-hand side of the ?: operator:

The Kotlin not-null assertion operator !! throws a Kotlin NullPointerException if the variable to which it is applied is null. What this operator does is convert any value to a non-null type and ensure that it is not null by throwing an exception otherwise:

This operator should be used carefully. Specifically, when you have more information than the compiler can have, and you are sure that a nullable variable cannot be null when you are using it.

You have seen both basic and advanced ways to deal with null safety in Kotlin. So, you are ready to see the Kotlin operators in action through three real-world examples.

Let’s see the ?. operator in action through an example:

If executed, this snippet would return:

As you can see, in the first case all names are printed, while in the second case only the non-null names are taken into consideration.

Let’s see the ?: operator in action through an example:

When run, this snippet returns:

As you can see, the null value in the name list is replaced by the default <Missing name> string in the printAllOrMissing function thanks to the Elvis operator.

Let’s see the !! operator in action through an example:

If run, the following result is printed:

In this case, you can be sure that the name and surname fields will not be null when accessed. On the other hand, the compiler cannot infer this because they do not meet the immutability requirement defined previously.

So, if the !! operator was omitted, the following two errors at compile time would be thrown:

In this article, we looked at what Kotlin null safety represents, how to properly address it, and through which techniques and approaches. As shown, Kotlin comes with many operators and inbuilt functions to deal with null safety and offers you much freedom of action. Plus, Kotlin has been supporting these operators since day one, making null safety one of the most important features coming with the language.

Since Kotlin variables are non-nullable by default, you may encounter a few problems if you are used to programming with Java. This is why we learned the main difference between Java’s and Kotlin’s default behaviors. Also, we delved into the Kotlin null safety operator, understanding how they work, when to use them, why, and how.

Thanks for reading! I hope that you found this article helpful. Feel free to reach out to me with any questions, comments, or suggestions.

Antonello Zanini Follow I'm a software engineer, but I prefer to call myself a technology bishop. Spreading knowledge through writing is my mission.
« Top 4 Ethereum testnets for testing smart contracts
Supporting accessibility in iOS applications »