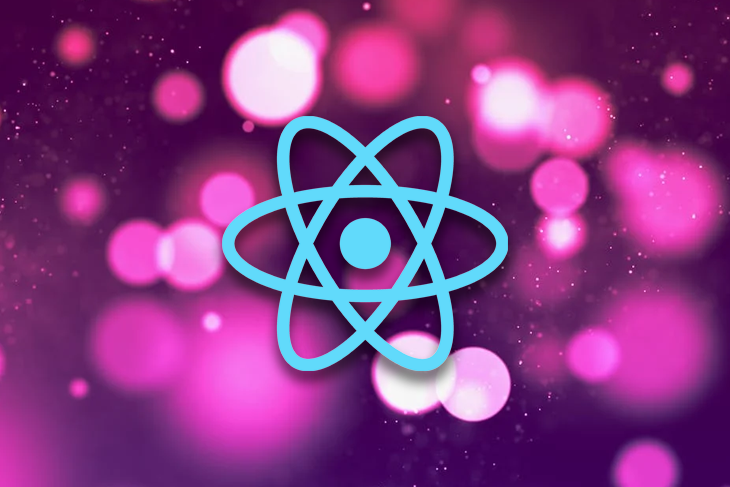 What are React UI libraries?

A React UI library or React component library is a software system or toolchain that comes with a collection of components — design elements that are ready to use in React applications.

Some examples of these components or design elements in a React UI library are tables, charts, modals, navbars, cards, buttons, maps, etc. And these components, out of the box, are beautifully and uniquely styled — depending on the UI library.

Additionally, some of these React UI libraries allow you to customize the look and feel of these components based on your design system.

When to use a React UI library

While React is great, building UI components from scratch can be tedious and sometimes futile. And this is why component libraries exist — they provide ready-to-use design elements, thereby allowing developers to focus on building the UI without building everything from scratch.

Also, while building everything from scratch gives you complete control, it comes with a cost: maintainability. Using UI library makes more sense in most cases and it brings with it the following benefits:

React Bootstrap rebuilds Bootstrap — the most popular frontend framework for React. And this has the advantage of removing the unnecessary jQuery dependency.

Although the jQuery dependency is removed, React Bootstrap embraces its Bootstrap core and works with the entire Bootstrap stylesheet. Consequently, it is compatible with many Bootstrap themes.

As one of the oldest React frameworks, React Bootstrap has evolved and matured linearly with React. And each component is implemented with accessibility in mind, so it offers a set of accessible-by-default design elements.

And you can easily import and use components like this:

In addition to speeding up your development time, Core UI provides beautifully handcrafted design elements that are Bootstrap compatible. And these design elements are true React components built from scratch with Boostrap but without the jQuery dependency.

To use Core UI, you have to install it by running:

Then you can import components to use like this: 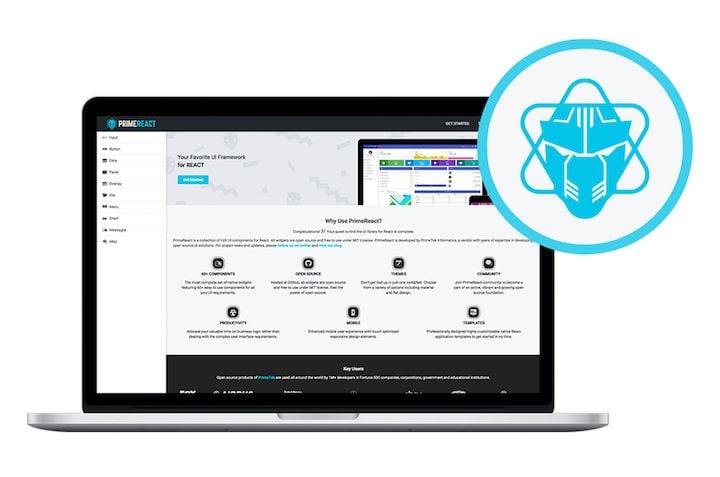 PrimeReact is one of the most extraordinary React UI kits, that really accelerates frontend design and development, featuring a huge collection of more than 70 components to choose from. 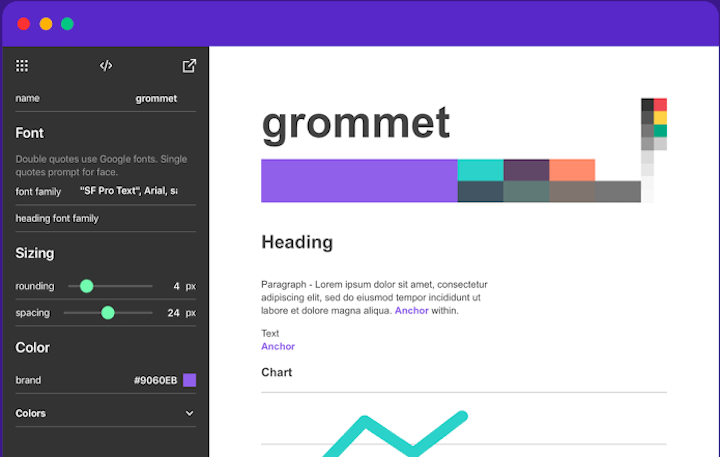 Part-design, part-framework, Grommet is a UI library based in React. It features a nice set of components that make it easy to get started. The library also provides powerful theming tools that allow you to tailor the component library to align with your desired layout, color, and type.

The Grommet Design Kit is a drag-and-drop tool that makes designing your layout and components a breeze. It features sticker sheets, app templates, and plenty of icons: 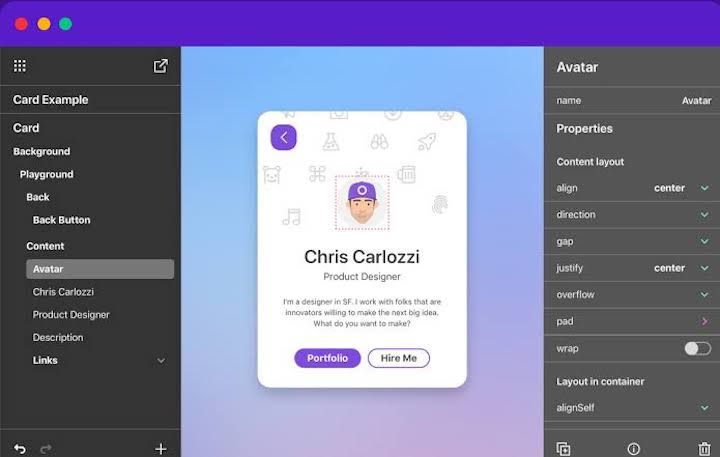 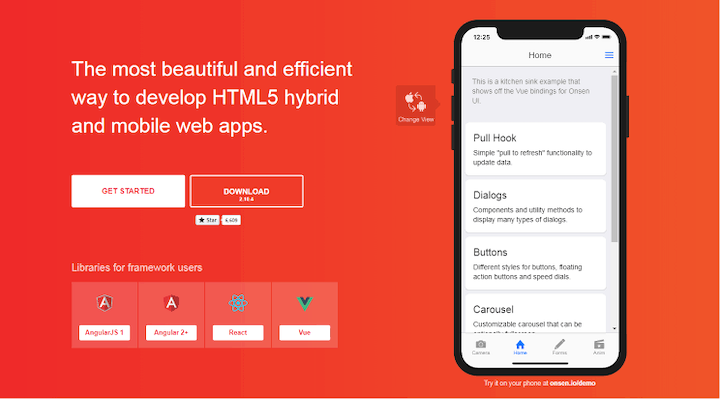 If you want your web app to feel native, Onsen UI is the library for you. Onsen UI is designed to enrich the user experience with a mobile-like feel. It’s packed with features that provide the UI experience of native iOS and Android devices.

Onsen’s UI elements and components are natively designed and perfect for developing hybrid apps and web apps. The library enables you to simulate page transitions, animations, ripple effects, and popup models — basically, any effect you would find in native Android and iOS devices: 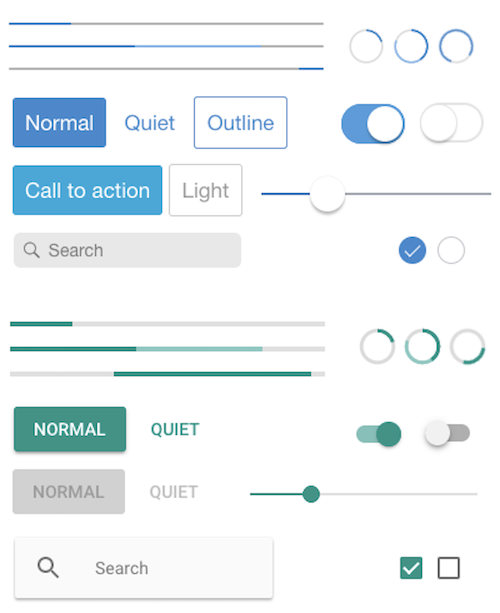 It’s quite easy to use Onsen in a React app. First, install the npm packages:

Then, import the onsen CSS:

Next, import the component you want to use from the @mui/material:

MUI also provides beautiful premium themes and templates you can purchase to jumpstart your project.

For more information about MUI, check out this article. 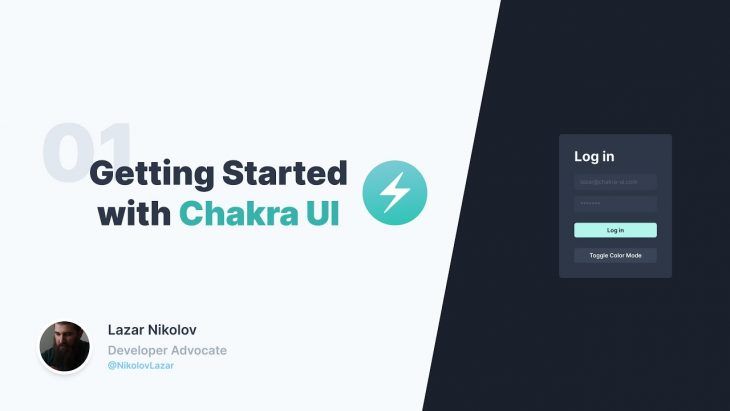 I am so proud of my fellow Nigerian, Segun Adebayo, for developing Chakra UI. It has a clean and neat UI and is one of the most complete React UI kits I have ever seen. Its APIs are simple but composable, and the accessibility is great.

Chakra UI has over 30.8K GitHub stars as of this writing, and is very extensible and customizable.

Inside your React project, run the below command to install Chakra UI:

To use a component, for example, a Button, we will have to import it from @chakra-ui/react:

For more information about Chakra UI and its components, visit the official docs. 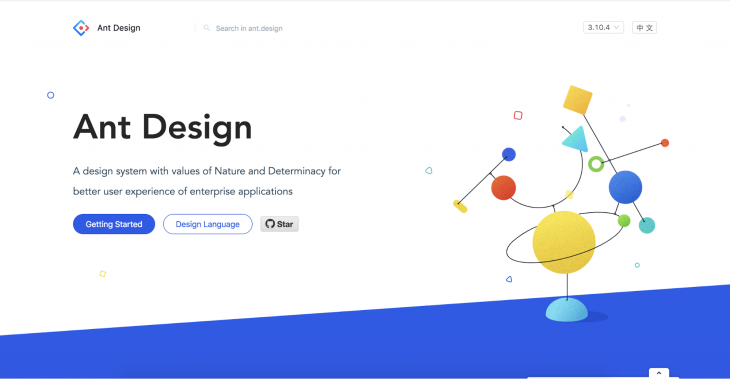 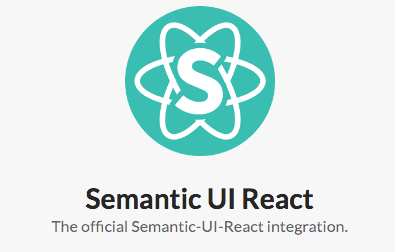 Semantic UI React is the official Semantic UI integration for React. It is a complete React UI kit that is built on top of the Semantic UI CSS framework. It is a great choice for React projects.

This Semantic UI React boasts over 100 components and offers the following robust features:

After installation, we can then import the minified CSS file:

Now, let’s see how we can use an inbuilt Semantic UI component. Let’s use the Button component:

To see all components in Semantic UI React, visit the official docs. 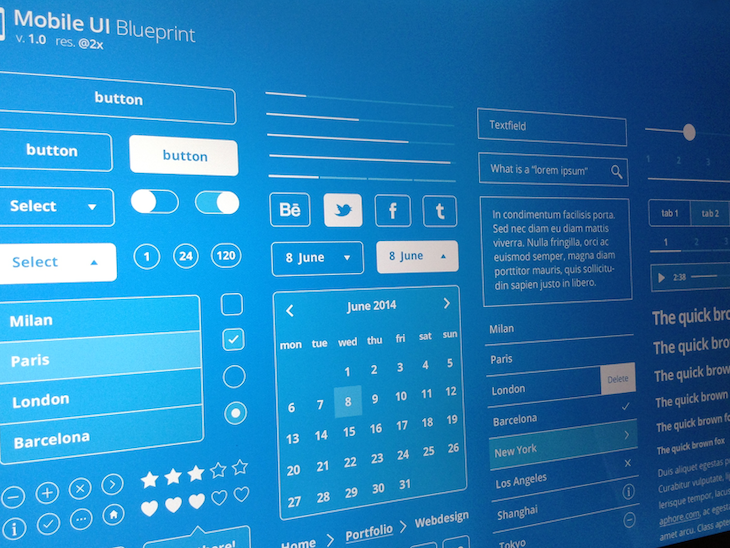 Blueprint UI is a React-based UI kit for the web. It is hugely optimized for building complex interfaces for desktop applications. The Blueprint UI kit has over 19.6K stars on GitHub.

The @blueprintjs/core is the core of the Blueprint UI kit. It contains over 40 components we will use. The react-dom and react packages are required for Blueprint UI to work. Other additional components can be gotten from:

In this guide, we reviewed a comprehensive list of React UI kits — everything from innovative newcomers to popular stalwarts. We also shared other React UI kits that are not quite popular but still pack a punch.

Chidume Nnamdi Follow I'm a software engineer with over six years of experience. I've worked with different stacks, including WAMP, MERN, and MEAN. My language of choice is JavaScript; frameworks are Angular and Node.js.
« Getting started with Android’s intent filters
Using behavioral and attitudinal data in UX design »