J Simpson Follow J. Simpson lives at the crossroads of logic and creativity. He writes and researches tech-related topics extensively for a wide variety of publications, including Forbes Finds.

The 7 best tools for rapid prototyping 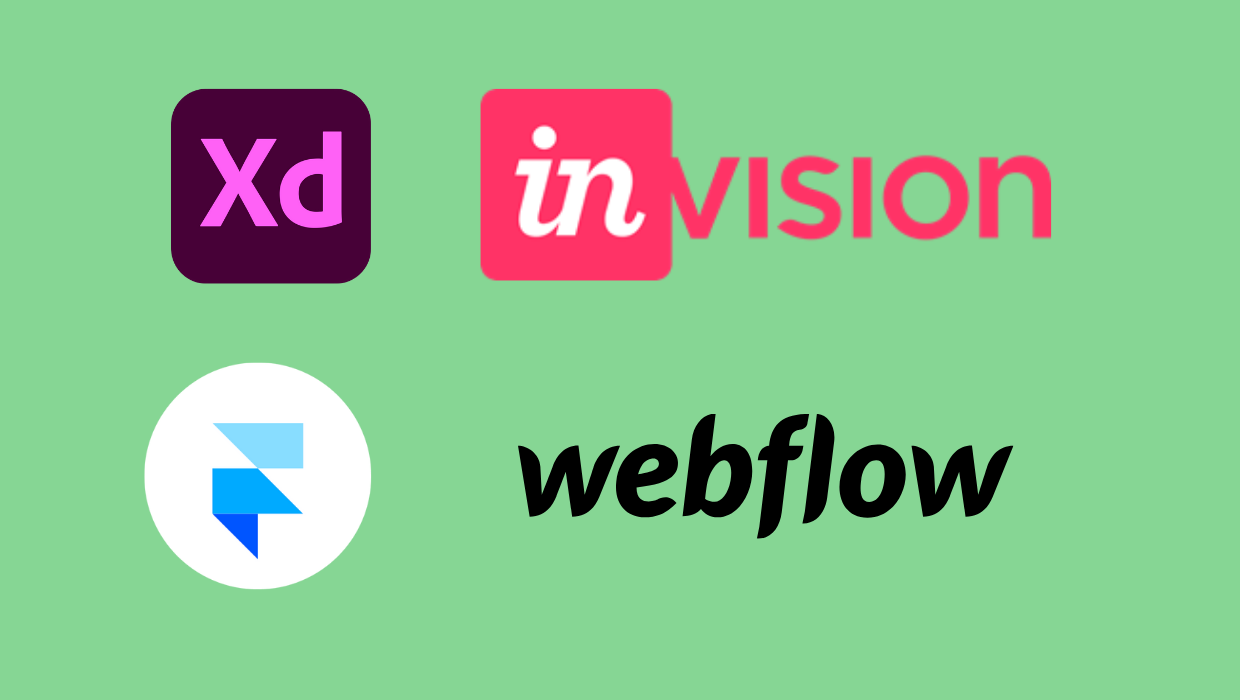 In today’s world, time is of the essence. This is especially true if your product or service involves digital technology in any way, whether that’s a new web app, digital publications, or landing pages.

That’s why rapid prototyping is such a revelation. You often hear about rapid prototyping in manufacturing, where it’s defined as “a group of techniques used to quickly fabricate a scale model of a part or assembly using three-dimensional computer aided design (CAD) data.”

Babich goes on to describe the importance of rapid prototyping for developers: “The whole concept of rapid prototyping is based on the idea that by setting a direction for a design team and iterating rapidly it’s possible to get to a product that will present the maximum value for people who will use it.”

This speaks to not only why rapid prototyping is important but also what it’s good for.

Rapid prototyping allows you to gather feedback from your users and audience, letting you know what they really want instead of simply guessing. The word iterating in Babich’s definition indicates that rapid prototyping plays an important role in agile development and scrum, both of which are quite popular.

Rapid prototyping’s popularity means that there are all manner of excellent resources available for developers to explore. We’ve pulled together some of our favorite rapid prototyping tools for developers and UI/UX designers to help you integrate the technique into your workflow or discover some new tools to empower your programming and design practices.

Enter InVision: a rapid prototyping tool that brings all of your design tools into one central environment.

InVision allows you to upload all of your static design files into the app so you can build fully interactive mock-ups. It offers a number of features that let you preview how your app will perform once it’s live, from incorporating hotspots to saving transitions to incorporating hover states.

It also integrates seamlessly with your design software, like Photoshop or Sketch, as it automatically syncs as you update your file.

InVision also has a number of features that makes it ideal for collaboration as well. These include the ability to make comments, version controls, and the ability to make location-specific threads. These remove much of the confusion from the collaborative process so you can focus on staying creative and productive!

The one downside to InVision is that you can’t create assets directly in the app. The seamless integration with other popular design software make this less of an issue, but if you’re looking for a design solution where you can do everything in the box, you might do better to look elsewhere.

For designers and developers looking for a comprehensive design platform and rapid prototyping tool all rolled into one, Framer’s an ideal solution.

Framer is a powerful rapid prototyping tool as well as a comprehensive design platform in its own regard. Framer features an extensive vector editing toolkit that lets you easily export frames and shapes as bitmaps or vectors.

Framer is even more useful for creating animations and transitions. You can create elaborate UX flows as well as adding animations, gestures, and components, all of which can be exported as .CSS or .SVG files.

Framer’s ability to generate code may be its single most inspiring feature. You can create all of your design elements using Framer’s UI, at which point the app creates and displays the code for your creations. Think of it as an IDE for your design. If you’re a programmer, developer, or designer who’s looking to learn how to code, Framer is an excellent bridge towards reaching that goal.

Of course, the name Adobe is synonymous with design tools. No list of design resources is going to be complete without an Adobe product, if solely for the name recognition alone. Adobe XD is not just a recognizable logo, however. It’s one of the most comprehensive rapid prototyping suites out there.

Adobe XD, quite frankly, does it all. You can easily do all of your designing and prototyping with only one program. Adobe XD is excellent at creating wireframes, mock-ups, screen layouts, production-ready assets, and fully interactive prototypes. Adobe XD is also excellent for creating, managing, and maintaining interactions and transitions, which can also be easily shared with your design team.

Considering that Adobe creates the most recognized and respected design software in the universe, it should come as no surprise that there is a rich, robust community of designers, developers, and programmers using Adobe XD.

This alone makes XD worth looking into, if only for the wide selection of assets and resources available. There’s also likely to be someone who can answer any questions you might have or troubleshoot any problems you might run into, making Adobe XD an excellent choice for developers and designers who are looking to up their design game.

If you’re looking for a middle ground between the basic prototyping tools like Adobe XD or InVision and the more technical solutions like Framer, Origami Studios is an excellent choice.

Origami Studios was created by Facebook to help teams design tools for their products. It has a number of features useful for collaboration, as developers are able to easily cut-and-paste layers, animations, and interactions into the platform. Origami Studios is a bit limited in its ability to leave comments. Its Version History can leave a little something to be desired.

Origami Studio’s Canvas alone makes it worth a look, however. Designers and developers can easily experiment with visual layouts, freeform drawing tools, text editing, and other visual components.

Origami Studios is only available for OS X, however, so if you’re designing on a PC or Android device, you’re out of luck at the time of this writing.

Marvel is an excellent rapid prototyping tool for developers looking to simplify and streamline the design process.

It offers all of the features you need for prototyping, from wireframes to mock-ups to transitions, without writing a line of code. You simply need to upload graphics you create in your design software, like Sketch or Photoshop.

The ease with which Marvel integrates with other design solutions makes it worth investigating for your design workflow. It functions seamlessly with third-party software like Google Drive or Dropbox.

Marvel makes it easy to bring your ideas from sketch to prototype, no matter what device you’re developing for. Marvel offers up to 8 different prototypes, so your designs can be quickly implemented for any device. This makes Marvel ideal for preparing presentations, where an interactive mock-up is so much more effective than a static image.

Finally, Marvel’s companion app may be its most striking feature. The app lets you integrate your sketches into your design simply by taking a photo.

These photos are synced with your Marvel account automatically. If you’re a designer or developer who still works with paper, pen, and pencil, this feature alone makes Marvel worth looking into. The ability to do User Testing within the app, as well, makes it indispensable.

A number of the rapid prototyping tools on our list are either for apps or OS X. If you’re looking for a design tool that will run on any platform you can imagine, and easily create prototypes for each, Axure is worth taking a look at.

It has a reputation among high-end companies thanks to the level of visual details that can be incorporated into the prototypes.

Axure is another design tool for creating prototypes without having to write code. There are a number of common features necessary for development built into the software, like dynamic content for hover functions, flow statements, or math functions which can be used for eCommerce.

Sharing is also immediate and intuitive using Axure, making it ideal for designers and developers working as part of a design team. Axure publishes high-fidelity prototypes, as well as diagrams and digital sketches with the simple push of a button.

For designers and developers primarily working with the web, Webflow is worthy of your consideration. First and foremost, Webflow is geared towards creating high-end web animations, interactions, and responsive web design.

At surface level, Webflow might appear to be just another site builder. This, in and of itself, isn’t a bad thing. Like a number of the best rapid prototyping tools we’ve already discussed, Webflow also offers a code-free interface. This is excellent news if you’re simply wanting to create sharp, striking websites without having to pursue a Computer Science degree.

Webflow’s code-free web platform, alone, isn’t enough to qualify it among the top rapid prototyping programs, however. There are numerous content management systems (CMS) out there, like WordPress, Wix, or Squarespace. The Webflow site designer is merely the tip of the iceberg, however.

Dig a little deeper, though, and you’ll discover Webflow’s other features that truly make it stand out and shine, even in a crowded marketplace. Its eCommerce features alone make Webflow enticing for developers looking to build slick, modern shopping websites or web apps.

If you’re looking to develop an eCommerce business that stands out against other boilerplate business websites built using Squarespace or Shopify, you should check out Webflow for this reason alone.

With the ability to publish and host websites, as well, Webflow is an all-in-one web publishing platform. You can even generate your website as code, as Webflow generates clean, efficient HTML, CSS, and JavaScript code effortlessly.

It’s often said that a picture is worth a thousand words. Whether you’re a developer, coder, product manager, graphic designer, or simply someone with a business idea you want to present, rapid prototyping helps you come prepared for a meeting or business proposal, so you can show your clients rather than simply telling them how amazing your product’s going to be.

Creating prototypes and mock-ups also helps to get everybody on your team on the same page. It can be challenging to get creatively-minded designers, technically-minded programmers, and financially-oriented investors talking the same language.

Rapid prototyping creates an open environment of sharing and collaboration rather than competition and in-fighting.