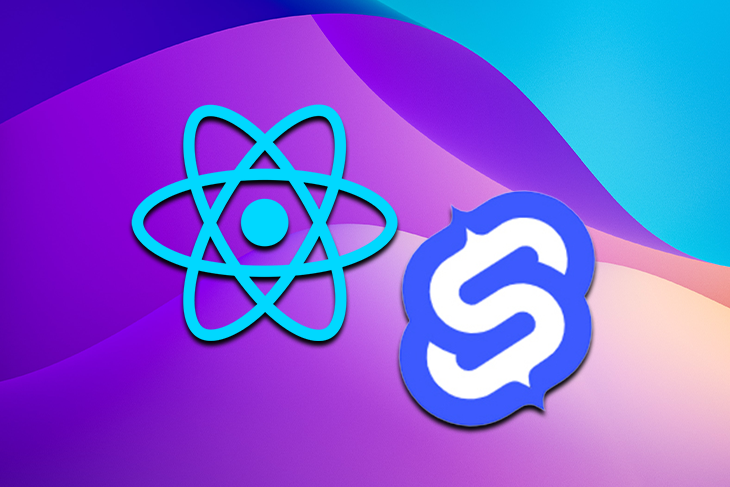 There’ll always be a new, latest-and-greatest framework for building applications, but before deciding to jump to any new framework, first determine if it’s the right one for your project and ultimately worth the switch.

In today’s article, we’ll compare React Native with the new kid on the block, Svelte Native.

First, let’s learn about both and what they offer.

What is Svelte Native?

Svelte Native is based on Svelte, and it allows Svelte developers to build native Android and iOS applications. It was initially released in November 2021 by Rich Harris, the Creator of Rollup, the popular JavaScript module bundler.

Why use Svelte Native?

Don’t we already have enough JavaScript libraries and frameworks? Why use another? Well, Svelte was built to be slick, interactive, simple, and efficient. Svelte is the opposite of the frameworks you already know and love, you’ll find out more about it further in this article.

Svelte Native is a combination of the goodness of both Native Script and Svelte.

According to the Svelte Native website, it’s a “mobile application framework powered by Svelte that enables you to build mobile apps using the web framework you already know.”

What is React Native?

Before React Native, devs used hybrid mobile applications that were built with web technologies like HTML, CSS, and JavaScript. Even though they could access native APIs, the UI mostly leveraged your mobile device web views.

This caused many problems in performance, speed, and app store crack-down. Enter React Native, which allows JavaScript code to talk to native code using a bridge, making apps faster and more performant. You’ll see more details about this in the next section of this article.

So, if both Svelte and React Native accomplish the same tasks, what makes them different? I’ll get into that. First, I’ll explain the internal working of both of them. Let’s start with React Native.

React Native creates a native bridge between the app and the target device — Android/iOS — that allows the JavaScript code to talk to the native code and vice versa. It does this by creating three threads that interpret your JavaScript code at different levels: a UI thread, a shadow thread, and a JavaScript thread.

The UI thread in React Native

This runs your app and is the only thread that has access to your UI. So, it can spin up new or even update your UI.

This calculates the UI layouts you created with React and sends them to the native code in the UI thread. React Native leverages Yoga to convert the JavaScript UI code to a layout system that the host platform understands.

The JavaScript thread handles your JavaScript UI layouts and sends them to the shadow thread for calculation, consequently sending them to the UI thread.

React Native’s design comes with some challenges, however. For applications with several animations where many frames stack up on the UI per second, performance can be an issue. The React Native team has been working on Fabrics to address this issue, as it will allow your React Native code to talk to your device native code directly.

Svelte Native leverages NativeScript, which allows you to develop native apps with JavaScript and gives the JavaScript code access to the device native code directly. It has no wrapper, meaning you can access all supported device APIs.

JSX is a JavaScript syntax that allows you to write HTML and JavaScript together. React Native supports JSX, as every React developer switching to React Native is already familiar with JSX.

Two-way data binding allows different components’ data to be updated in real-time because of the change in data from another component. Svelte allows you to bind data using a bind:value directive in your HTML and/or component.

But, React Native does not have this feature. You can, however, always set the value and change handler to achieve two-way data binding with React as shown in the piece of code below:

When I write Svelte Native code myself, I’ve noticed that I wrote more Svelte code than I do JavaScript. Of course, that’s because Svelte considers itself its own web framework rather than a JavaScript framework, unlike React, even though most of the syntax consists of more vanilla HTML and JavaScript.

For example, a loop in React will look like this:

It’s essentially the same code you’ll write in vanilla JS. But in Svelte, it’s different — you’ll have to learn new ways to write a loop. The loop uses template tags that look like mustache syntax:

It’s so simple! But it’s not pure JavaScript, so as long as you don’t intend to re-use this code in another project, you’re good to go.

It will be easier for developers to find help when working with React Native than with Svelte Native if they run into errors, as there are likely many developers who’ve had the same issues and shared their solutions.

Learning curve and speed of development

React Native has a steep learning curve compared to Svelte Native. Any developer who knows JavaScript can start working with Svelte Native today, as the syntax is simple, short, and easy to understand.

React Native requires knowledge of React, which is not as easy to jump into immediately, as you’ll need to understand how JSX works and how lifecycle hooks works.

Setting up React Native for development highly depends on the tool you are using. It’s more challenging to set up React Native if you are using React Native CLI, as you’ll need to set up Xcode or Android SDK to compile and run an emulator. However, using Expo can simplify the setup process because it compiles your code in real-time. You can also easily see the changes in the Expo test app.

For Svelte Native, you will need to set up the Android SDK to run NativeScript because there is currently no tool that allows you to test like Expo does for React Native. Developers used to use the Preview app for testing, but it’s deprecated and no longer maintained. Hopefully, there will be one in the future.

Both mobile app development frameworks are amazing. As always, there is no right answer for which is best for you. If you plan to start a new mobile app project and you’re familiar with JavaScript and want to build quickly, start with Svelte Native.

However, if you are a React developer, you may prefer building with React Native, as it is best suited for React stacks. One last note: Svelte Native is still in beta as of the time of writing, expect some limitations and continuous improvement as time goes on. Thanks for reading!