Over the last few years, state management in React has undergone a major evolution. With solutions like the built-in React Context API and React Redux, it has never been easier to keep a global state and track changes. However, one persisting challenge when implementing these tools is optimizing performance and preventing components from unnecessarily re-rendering.

While in a smaller application, excessive re-rendering may be unnoticeable or have no negative impact, as your application grows, each re-render may cause delays or lags in your UI. In this tutorial, we’ll use React Tracked, a library for state usage tracking, to optimize our application’s performance by preventing unnecessary re-renders.

To get started, set up a new React project on your machine. Open the project in the terminal and add the following command to install the React Tracked library:

Now, let’s clean up our project by giving it the following structure: 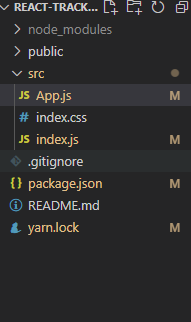 Setting up our application

Let’s compare React Tracked with the vanilla React implementation of a shared state. We’ll create a simple global context that has two counter components, each using one value.

Add the following code in App.js:

To create the counter components, add the following code in each file:

Lastly, let’s create our store.js file, which uses the global counter context and the useSharedState() Hook for the states in the counter component:

To run the project, add the following command:

Now, we’ll see the following output on the browser screen:

Each component re-rendered regardless of whether the state was updated. Ideally, the component should re-render only when the state is changed.

In our example, there should have been a total of six re-renders, three for both components, however, we wound up with 12, indicating that both components re-rendered on each click.

Now, let’s try rendering a large list of elements. Add the code below to both Counter1 and Counter2 to generate a list of 10,000 random numbers in each component:

The counter components render the list on the browser, producing an output similar to the following: 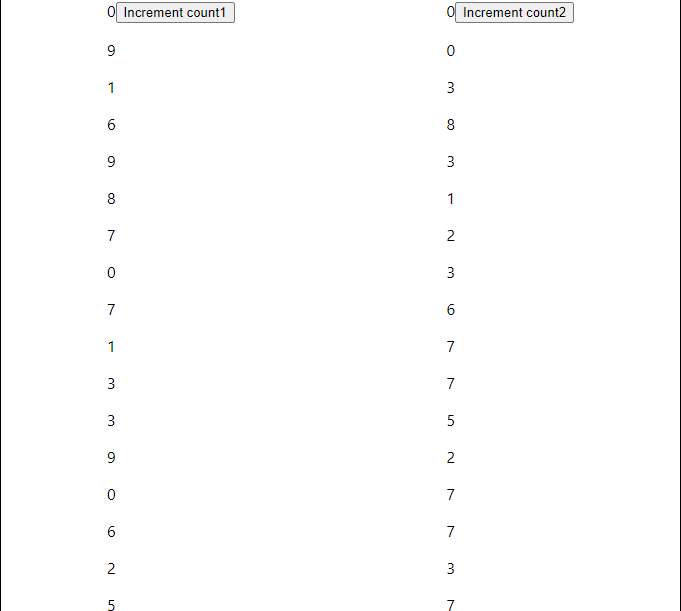 With the introduction of these new elements, our application requires more time to load:

On the first load, CPU usage jumps to 100 percent:

React will paint all the elements to the browser DOM on the first render, so 100 percent CPU usage is typical. However, after clicking the Increment button on each counter component, the CPU usage remains at 100 percent, indicating that both counters are re-rendered constantly:

One popular method for preventing re-renders is using Selectors in React Redux, which are functions that subscribe to the Redux store and run whenever an action is dispatched. Selectors use === as a strict quality check, re-rendering the component whenever data is changed. While this process works well for variables, functions, which return a new reference each time the data is changed, are re-rendered constantly.

On the other hand, React Tracked wraps the context object and returns its own provider by using JavaScript proxies to track changes to the individual attribute of the state.

Proxies wrap a single object, intercepting or changing its fundamental operations. React Tracked implements proxies that examine the state inside of a component, re-rendering it only if the information changes. To see proxies in action, let’s implement React Tracked in our application.

First, we need to modify the store.js file that we created earlier by adding the following code:

In the code above, we import createContainer(), which returns a React Tracked provider. The useTracked Hook creates a proxy for our state.

Now, let’s rebuild the project and compare the output from earlier to the output with React Tracked:

As an example, when we select the Increment count1 button, on the first render, both Counter1 and Counter2 are rendered. However, on subsequent clicks, only Counter1 is re-rendered, reducing CPU usage overall and improving our app’s performance.

In this tutorial, we explored the unwanted performance drawbacks that are caused by unnecessary re-rendering. While tools like React Redux and the React Context API make it easy to track changes in your application’s state, they do not provide a straightforward solution to minimizing re-renders.

Using the React Tracked library, we built an application and minimized the number of times our counter components were re-rendered, decreasing the usage of our CPU and improving performance overall. I hope you enjoyed this tutorial!