React Navigation vs. React Native Navigation: Which is right for you? 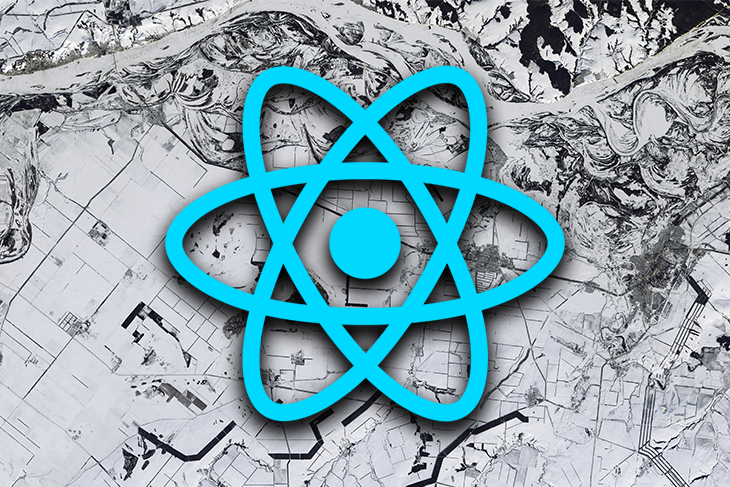 Editor’s Note: This article was updated in September 2021 to address questions about APIs, state management, and app architecture in React Navigation and React Native Navigation. This post comprises the author’s personal opinion which was built on the experience of using multiple navigation libraries for React Native apps.

When it comes to mobile app development using React Native, one of the most important steps is selecting the perfect navigation library for your project. Navigation serves as the backbone of an app and has a large impact on user experience.

There isn’t any single solution that fits all requirements. There are several navigation libraries out there for us to choose from. Here we will compare React Navigation with its well-known alternative React Native Navigation (RNN), weighing the essential aspects that are critical to selecting a navigation library for your app.

What is React Navigation?

React Navigation is one of the most widely used and actively developed libraries out there on the scene. It is also one of the solutions recommended by the React Native team. It’s the community solution being most pushed by Facebook.

Let’s analyze scenarios in which React Navigation thrives, along with a few where it doesn’t. In the latter cases, we will try to analyze how much complexity you’d have to carry to achieve the features you want, or how good RNN would be in those cases.

TL;DR: React Navigation uses a combination of libraries to provide a near-native experience, while RNN utilizes native fragments for each screen.

Performance is the first parameter when selecting a navigation library for your app. The number of frames displayed per second determines the smoothness of the interface. Most performant apps always maintain 60fps, especially during interactions and transitions.

This benchmark leaves us with about 16.67ms to do all of the work needed to generate the next frame. If we miss this window, we will drop a frame, which can make our UI appear unresponsive and janky.

In our React Native apps, most of the business logic resides on the JS thread, including API calls, state management, and the processing of touch events. React Navigation works entirely on the same JavaScript thread as the rest of your app.

When you push a new route, the JS thread needs to render components on the screen to send the proper commands over to the native side to create the backing views. This might result in a performance bottleneck for apps with a large number of screens and complex interfaces.

React Navigation relies on react-native-screens under the hood to provide a near-native experience for all of its navigators. They also have native-stack navigator that uses the native APIs UINavigationController on iOS and Fragment on Android so that navigation has the same performance characteristics as apps built natively on top of those APIs.

This comes at the cost of lesser customizations compared to JS-based Stack Navigator. All animations are done using native drivers in built-in navigators. Alongside this, React Navigation uses react-native-reanimated v2 when available to make gesture release more performant.

This will provide a native UX and improve performance. This combination of libraries helps us leverage all the benefits of native thread while keeping our navigation stack more JS-centric.

Compared to React Navigation, RNN by default treats all of your screens as individual React applications, which, as a result, makes your app more performant by nature. This comes with some complexity, however  —  especially when integrating with libraries like Redux and react-intl that require you to wrap your app. We will discuss this later in the integration comparison. But the performance boost can supersede this for large-scale apps.

React has changed how we think about interface development. Devs today look for more declarative APIs instead of imperative ones. React Hooks added a little more ice on top of this concept. Between React Navigation and React Native Navigation, the former provides an API that is closer to React component APIs, more declarative, and easier to adopt for React developers. While RNN relies on an imperative API, that might be a necessity for their architecture. As for Hooks, RNN has a community library, while React Navigation has built-in Hooks.

TL;DR: React Navigation is more straightforward when using JS state management libraries. RNN might need some out-of-box development to integrate these libraries, good docs make up for it.

While working with RN apps, we usually use different solutions for state management of our apps. We can use Redux, MobX, React Query, React Context, XState, or any other library. Because it’s JS-centric, React Navigation doesn’t require much effort to integrate these solutions into apps. RNN, however, creates new fragments for each screen and requires some workaround to keep JS context intact across screens. This workaround can be a little painful for developers coming in from the web background but can provide amazing power for large-scale applications.

In apps that require a login, developers usually prefer different navigators to handle non-login and login journeys separately. With React Navigation, that’s quite easy to implement, courtesy of it being a JS-based navigator and the awesome API it provides. When using multiple routers, have a look at this guide by React Navigation to avoid any troubles.

On the contrary, React Native Navigation allows you to set the root of navigation from any point in your app, mimicking the native API where you can start a new activity or fragment and clear existing stack.

Integration with other third-party libraries

TL;DR: React Navigation doesn’t touch RN’s core architecture much and is simpler for integration. Integrating RNN with third-party libraries can be a little challenging with RNN, but their thorough docs cover how to do so.

Being a JavaScript-based navigator allows React Navigation to integrate smoothly with any of the third-party libraries, while RNN may suffer from libraries that are tightly coupled with native platforms or need to be wrapped around the whole app. For example, RNN comes with separate guidelines for integrating packages like React Native Facebook SDK. This can be challenging or a blessing for apps relying more on native libraries.

TL;DR: React Navigation is a hero for brownfield apps. RNN has some hacks to do so, but it’s not supported by the library.

Boot-up efforts in both libraries

TL;DR: Both libraries have thorough docs, so there isn’t much of a difference here.

If you and other developers on your team don’t have a background in native app development, you might want a solution that doesn’t have a steep integration guide. React Navigation has a slight edge only when it comes to the integration process.

Although some developers at times find it difficult to get started, this official guide by Wix can help you to get things going. Recently, RNN introduced an npx-based command to install RNN in a fresh React Native app. There is also a helpful discord chat by Wix that might be your go-to option in case of any trouble.

In the social media era, most apps have a simple way to allow users to share information and activities on their social channels. This demands that we enable deep linking in our apps.

Let’s say your app shows blogs, and you want users to land directly on a post screen when they enter your app. Neither React Navigation nor RNN currently provides an easy way to do this. Both work best in situations where your routes can be defined statically. Although there are workarounds you can implement to achieve this feature, it comes at the cost of adding complexity to your codebase.

The development team and backing

TL;DR: Both libraries are developed and used by large-scale teams and apps.

When selecting any library, one of the major factors that can dramatically impact your app is the number of developers and contributors who maintain that library.
The team behind React Navigation comprises people who are active contributors in the React Native core and expo. They are also developing several React Native apps that give them a wider perspective on issues that may arise with yours in the future.

A large number of apps built with React Native, including CNN, Bloomberg, and Urban Dictionary, are using React Navigation today. Here’s a Twitter thread that lists additional apps. RNN is backed by Wix. They’re using it for their own app in production and are focused on its continuous progress and development.

Selecting a navigation library is a crucial step in your app’s development. Any decision made without due thought and care might hurt your app’s scalability or create other issues when it grows larger.

IMHO, React Navigation is one of the best navigation solutions available right now. It is a widely adopted library and fits in nicely for most use cases. With certain known limitations, it is a go-to solution. Keep in mind that it’s now getting a performance boost thanks to libraries like react-native-screens and react-native-gesture-handler.

For further in-depth analysis, you can watch this awesome talk by Brent Vatne, a major contributor to React Navigation. Brent has compared both of these navigation solutions quite comprehensively.

4 Replies to “React Navigation vs. React Native Navigation: Which is right…”