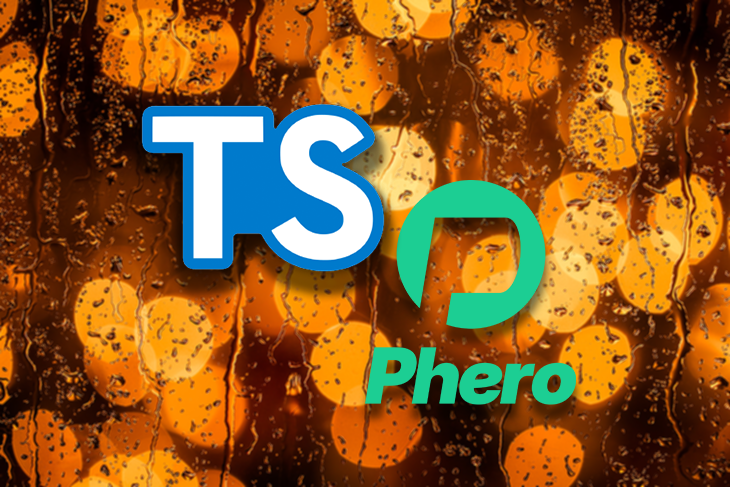 Editor’s note: This post was updated on 29 December 2022 to include mention of new features.

Phero is designed to solve this problem. Developed by the people at Press Play in 2020, it was initially created to manage types and interfaces for their software product, which consumes a large number of API endpoints. Phero is developed using TypeScript and works with any framework based on TypeScript. It will process the backend code and generate a type-safe client for the frontend.

Using Phero, you can call the backend services/functions from the frontend just as you would call a local function. It’s been open source since September 2022.

What problem does Phero solve?

Let’s use a typical Node.js/Express web API as an example. We expose an endpoint like below:

In the client app, we need to create another set of type/interfaces and then cast the response JSON to get a typed response object.

There are a few issues with this pattern. Firstly, there are duplicated types and interfaces on both the client and server sides. This duplication will make the app hard to maintain.

Secondly, when the API changes (i.e., a new UserType is added), the client app may crash if it’s not updated — and even if you did update the client, the older version of the client app will still have the same problem. Thus, both the server and client need to be updated at the same time, to ensure backward compatibility.

To overcome the above issues, one common practice is to add a JSON response to the client code. But the extra validation requires additional work and is not safe enough because it can’t catch issues at compile time.

Phero provides a clean solution to this problem.

How does Phero work?

Under the hood, Phero makes use of remote procedure call (RPC). RPC is a communication protocol that allows a program on one machine to call a service on another machine without knowing it’s remote.

The below diagram shows the Phero client and service communication using RPC.

You can use any TypeScript-based framework to build your backend and frontend; otherwise, a Phero-enabled app comprises three components:

Phero makes use of the TypeScript compiler API to analyze types and interfaces. It also generates the validator to parse the incoming and outgoing data between the client and server. It exposes all the domain types and interfaces exposed by the backend; thus, a compile-time error will be thrown if a typo or incorrect data is returned.

Benefits of working with Phero

The benefits of Phero include:

Getting started with Phero

Let’s walk through the process of building a Phero app. Since Phero is a pure TypeScript library, the only dependencies are npm and TypeScript.

Firstly, let’s initialize a Node.js app. We create an api directory below. It can be named anything you wish.

After the above commands are completed successfully, you will have a new phero.ts file in the api/src folder.

The generated Phero.ts file exposes a helloWorld service and is ready to be consumed by the client.

Let’s run the following script to set up the client. We create an app subfolder, but it can be named something else. The Phero CLI can scan for dependencies to determine whether a project is a phero-server or phero-client project.

The phero init client command installs the @phero/client and generates a Phero.ts file.

Run the CLI to start the dev environment

Now we can run the Phero CLI to start the development environment.

The above command starts the server and generates an SDK for the frontend (or multiple frontends) at the same time. You should see the following output in the console:

In the frontend project, a phero.generated.ts file will be generated. It’s the RPC client stub used to connect to the server stub. As the name indicates, it shouldn’t be manually updated. It’s automatically synced with any server-side change when the CLI is running.

Although the basic setup is completed now, we can’t run the client to prove that it’s working because we don’t have a proper client app to run in a browser yet.

Let’s build a React client app to test it end-to-end.

Run the following command to generate a skeleton of a React app.

Then, you can start the app as below.

Now we have a working React app, so the next step is to add Phero to it.

The above command will generate the phero.generated.ts file in the React project.

The last step is to open the src/App.tsx and replace the original code with the following code snippet:

The above code snippet will initialize a PheroClient, and makes a call to the helloWorldService.helloWorld method.

To verify the app is working, open http://localhost:3000/ and open Chrome DevTools. You can see the console message and the client-to-server RPC call in the Network tab.

You can find the related source code in the GitHub repo.

Using Phero, we can handle the custom server-side error in our frontend just like we would a local function.

Let’s keep going with the previous API example. if a user can’t be found by their given user ID, we want to throw a UserNotExistException error on the backend.

Then at the frontend, we can handle the error as below. Please note that the UserNotExistException is exposed in the client by the generated Phero file.

Again, we gain type-safety in error handling with Phero. In addition, the userId is populated as a property of the error on the server side, and it is accessible on the client side via error.userId.

At the local development environment, the default Phero server API runs at port 3030. When deploying to a higher environment or production, you may need to use a different port number. Same as any Node.js API, the port number is configurable by passing in an environment variable PORT at runtime or using a .env file.

In a non-local environment, you may also need to make the API URl configurable on the client side. We can store the URl in an environment variable and pass the URL to PheroClient as below.

To build a bundle of server code for deployment, run the command below.

This will generate the bundle files into a .build directory. The server can be started with a standard Node.js command.

At the moment, the Phero server can run on any Node-based server. The following new export and deploy features for are available for different cloud platforms:

Migrating an existing app to use Phero

If you want to migrate an existing server app to use Phero, you may want to restructure your Phero app first.

Phero doesn’t come with lots of restrictions. You just need to define the Phero.ts as the entry point of the backend app and export your services from the Phero file. You can design your services and functions using any TypeScript-based framework.

Let’s say we need to migrate a Node.js/Express API app to Phero. We need to define clear “groups” of functions that need to be called from the frontend. In Express, you would typically group them in “Routers“. We can covert these groups into services in Phero. All routes you currently have inside these routers can be migrated to regular TypeScript functions.

As an example, this function:

Would become the following after router migration:

When designing the new Phero service interface, you should think about the types. If you’re only using primitive types like string and number, the type safety that comes with Phero is probably overkill for you. Defining well-constrained types in the Phero backend will help you detect errors in compile time at the frontend.

Phero is a type-safe glue between the backend and frontend. It’s a viable solution for ensuring better type safety in frontend development. Using Phero, you can call backend functions or handle backend errors from the frontend with end-to-end type safety. It will help you to write more concise code and have peace of mind in refactoring.

I hope you find this article useful. Happy coding!

Yan Sun Follow I am a full-stack developer. Love coding, learning, and writing.
« What is market share: Definition, formula, and how to grow it
How to choose the right Rust HTTP client »