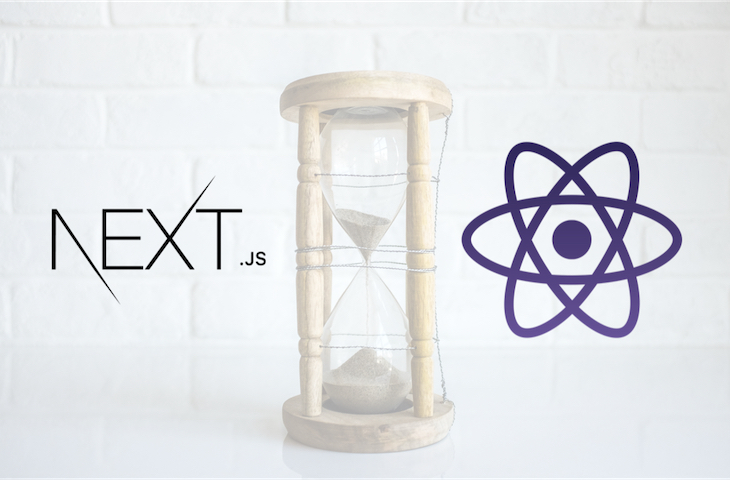 Next.js vs. Create React App: whose apps are more performant? In this article, we will unpack that question – including SSR versus CSR – with some data, but first, we need to understand what exactly we are comparing.

Next.js is a React framework built by Zeit, and according to nextjs.org:

With Next.js, server rendering React applications has never been easier, no matter where your data is coming from.

Next.js also supports static exporting (and newly, incremental static regeneration), but for the purposes of this post, we are focused on that “server rendering” (SSR) capability mentioned above.

What is Create React App?

According to its Getting Started page:

Again, for the purposes of this post, we are paying attention to the term “single-page.”

Let’s start our experiment with just one of many questions we can ask when comparing Next.js vs. Create React App: Does SSR improve application performance?

Walmart Labs published a great post titled, “The Benefits of Server Side Rendering Over Client Side Rendering.” They also provide some excellent diagrams that demonstrate the fundamental difference between SSR vs. CSR performance.

These diagrams postulate that SSR can deliver HTML to the browser faster than CSR can, so let’s make that our hypothesis: a web application built with SSR is more performant than one built with CSR.

(Note: this article calls out synchronous SSR as a bottleneck with renderToString. This is no an issue with React 16 and Fiber enhancements).

The best way to test our hypothesis is by building two applications with identical functionality and UI. We want it to mimic a real-world application as much as possible, so we will set a few parameters.

Software developers are typically spoiled with high-powered computers paired with blazingly fast office networks; we do not always experience our applications the same way our users do.

With that in mind, when optimizing for performance, it is important to consider both network and CPU limitations. Mobile devices generally have less processing power, so heavy JavaScript file parsing and expensive rendering can degrade performance.

Fortunately, Chrome provides a dev tool called Lighthouse, which makes it easy for us to step into the shoes of our users and understand their experience. You can find this under the Audits tab in Chrome DevTools.

We will use the exact settings displayed above:

So, for the purposes of this test, the demo apps and the API were deployed to Sydney, Australia (specifically, Zeit’s syd1 region). The client’s browser will be accessing the applications from Boulder, CO, USA.

Look at what that means for data fetching between these two applications.

The code for the two apps is available in my GitHub.

Here are the applications:

All of the code is in a monorepo:

And the JSX is nearly identical:

We will get to what the ThemeProvider and other components are in a moment.

The code differs in how the data is fetched from the API, however:

getInitialProps is a special function that Next.js uses to populate the initial data for a page in Next.js. You can learn more about fetching data with Next.js in their docs.

So what’s with all these components, and why are you using Moment.js?

Going back to our original test parameters, we are trying to test with an application that at least somewhat resembles one we would ship to production. The ThemeProvider, PrimaryNav, etc. all come from a UI component library called Mineral UI.

We are also pulling in Moment.js because it is a larger dependency that adds some JavaScript weight and also some additional processing that needs to occur when rendering the component tree.

The actual libraries that we’re using are not important; the point is to get a little closer to the weight of a normal application without taking the time to build all of that in its entirety.

Here are the Lighthouse results for a full page load on each application.

To understand the details of these metrics, read the Lighthouse Scoring Guide.

One of the more notable differences for our purposes is the First Meaningful Paint.

This audit identifies the time at which the user feels that the primary content of the page is visible.

Do the visuals above look familiar? They should because they mimic the diagrams included in the Hypothesis section, where we postulated that SSR can deliver HTML to the browser faster than CSR. Based on these results, it can!

To view the Lighthouse results yourself:

Whether you decide on Next.js, Create React App, or another framework, monitoring performance is key. If you’re interested in understanding performance issues in your production app, try LogRocket.

We opened our experiment with a question: Does SSR improve application performance?

21 Replies to “Performance differences in Next.js vs. Create React App”