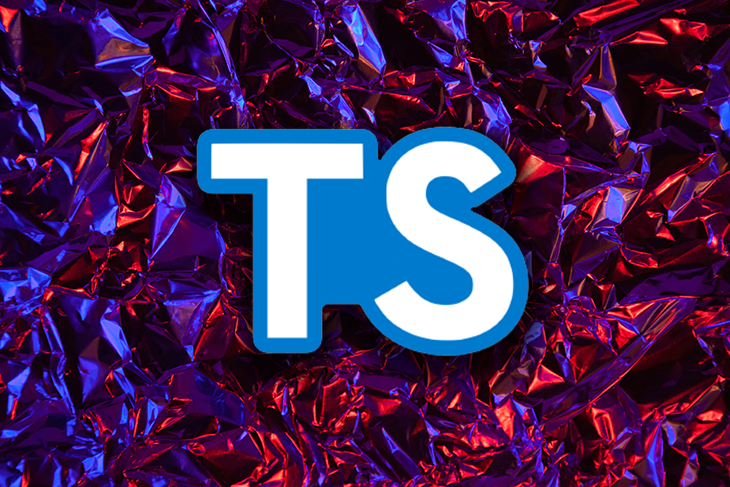 Code written in TypeScript is checked for errors before it is executed, during compile time. In this article, we’re going to show type checking in TypeScript at runtime. First, we’ll run through a quick primer on this widely used JavaScript superset.

If you’re using JavaScript, you won’t have to worry about your code breaking because the program doesn’t regard type mismatches as errors until runtime. As a result of dynamic type checking, you no longer have to worry about fitting your whole program into a single type.

Scalability, on the other hand, becomes an issue. When you don’t have control over types, it becomes even more challenging to keep track of them, and the codebase loses its maintainability.

Myth 1: Type checking is equivalent to a type system

In a strongly-typed language, type errors occur when the types of variables in an expression do not match. Typed languages with high degrees of type safety, like TypeScript, are considered to be strongly-typed, which can result in explicit type errors, which terminate the program and force the developer to fix the bug.

Statically-typed languages such as Java are often thought of as being strongly-typed, which is true because of how precisely you can define data types during the initialization of a variable. An example is below:

But, languages such as JavaScript, Ruby, etc., are dynamically-typed as well as strongly-typed, and you don’t need to declare the type during the initialization of a variable. An example is below:

Type checking is used differently in each language, despite the fact that they are both strictly-typed.

Inferring a variable’s type based on its value is called type inferencing. As soon as type-inferring languages are mentioned, some programmers incorrectly assume that they are weakly-typed — which is not correct.

A majority of dynamically-typed languages are not compiled; rather, they’re interpreted languages. But this is not always the case.

Code written in Java is compiled in bytecode and has the JVM perform the interpretation of the generated bytecode. But there are also variants of Java that can directly be compiled to machine code or interpret the Java code as it is.

In JavaScript, dividing by zero returns infinity instead of a runtime error, in part because TypeScript never modifies the behavior of JavaScript code at runtime. The below example proves the same:

This ensures that code moved from JavaScript to TypeScript will always execute correctly, even if TypeScript detects type issues.

But, what is there to do with the rules and type checking in TypeScript? Let’s find out!

The need for type checking in TypeScript

You may be wondering why further type checking is required — isn’t TypeScript all about type checking? In truth, the only time a static type is checked in TypeScript is during compilation. This is because the resulting JavaScript doesn’t know anything about the types you’ve created.

While this is great for internal code type checking, it does not guard against the kind of invalid input you may encounter externally. By default, TypeScript does not verify types at runtime in order to avoid runtime overhead and aggressively optimize runtime performance as a part of its design goals. Contextual information about types is removed during compilation because we compile to pure JavaScript, which doesn’t know the types at runtime because the type checking is not as strict in JavaScript as it is in other languages. You can make use of the typeof operator to detect the types, but it can be misleading at times.

This behavior does not provide any kind of safety mechanism against incorrect or invalid inputs, such as inputs from unhandled API endpoints. TypeScript is not designed to provide input constraints that are at an advanced level of type safety.

So, does TypeScript have any means to entertain the same? Absolutely!

In this section, we’ll cover the different ways to entertain different constraints with actual TypeScript types. Below are the supportive TypeScript mechanisms that make it possible:

With these supportive mechanisms in place, it should be possible to achieve runtime type safety.

Checking a specific value’s type at runtime is the primary function of type guards. This helps the TypeScript compiler, which then uses the information to become more predictive about the types.

Inbuilt type guards include instanceof and typeof. Have a look at each below:

The above code snippet showcases the example of the type guard instanceof. There are two classes I’ve defined with brevity for the example. The function testType checks the instance of the classes created and outputs the result of the associated method of the class.

Different from the above, the type guard typeof is shown below:

The code snippet checks the type of the data used as input here using typeof. When the two different inputs here are put to the test, ultimately, the condition returns a value on the basis of type. The above code returns the output:

It is important for you to know that runtime checking must be at least as stringent as this if we want to maintain the promises provided by compile-time checking.

On the other hand, ts-runtime is also a library for performing runtime type checks for TypeScript, using the TypeScript Compiler API.

It is worth noting that, in contrast to ts-runtime, which produces runtime type checks on the basis of static ones, io-ts uses the opposite approach.

It is possible to use io-ts to provide runtime type checks that are very similar in appearance to those produced by ts-runtime, and the library actually enables TypeScript to infer the relevant static types on its own.

The above code replaces the below interface declaration:

This is an excellent method for dealing with interfaces. Static types infer runtime types because they remain consistent as your code changes. Additionally, the io-ts library supports recursive types and versatile definitions.

io-ts requires that your types are declared as io-ts runtime types, which is not possible with classes. To resolve this, you might create an interface using io-ts and then require the class to implement it.

However, if you add properties to your class, you must alter the io-ts type:

The above interface alters the types of input data and returns the appropriate types.

The ts-runtime library processes your current TypeScript code somewhat like a type guard would, and yet it transpiles the source code into a similar code that has now runtime type checks.

Suppose you have the below TypeScript code:

When using ts-runtime, the code is transpiled into the below version:

One disadvantage of this technique is that there is no control over the places where the type checking takes place — every type check is turned into a runtime type check at the point of execution.

Runtime type checking is usually unnecessary because you only need to examine input structure at the borders of your program, not throughout it.

JSON schemas are a common means of imposing formatting restrictions on the JSON inputs you receive from other applications. This method is already being used by a number of non-TypeScript apps to verify incoming data.

Below is a simple JSON schema to validate incoming data for a native JavaScript project:

JSON schemas have the disadvantage of being verbose and difficult to create manually. The following is an example of a very basic JSON schema input:

Like the original TypeScript type, this JSON schema requires seats to be an integer with a minimum value of 1. This is OK, as long as our runtime type checking is at least as stringent as our static type checking.

But this doesn’t work if the runtime type checking is less stringent. For example, if our JSON schema enables the model to be anything other than a string, certain functionality may throw a mismatched type error when the code is executed. This would require a try-catch block to display and gracefully handle the error.

There are libraries that will produce JSON schemas for you based on the TypeScript code that you provide them, like typescript-json-schema. It may be used either programmatically or directly from the command prompt.

This library is meant to be used in conjunction with existing code that supplies the types for which the JSON schemas will be generated. However, changes to your code will need to be reflected in new JSON schemas, which means you must do it every time you make a change in order to generate the updated schema. This is repetitive, but without the updated schema, the runtime type checking would not be performed correctly.

As an alternative, there are tools available that can automatically infer JSON schemas from the JSON input that you provide. Of course, this does not make use of the type information that you have already established in your TypeScript code, and it may result in problems if the JSON input you supply to the tool does not match the real TypeScript type definitions.

The above example will generate the below output:

Suppose, if the input variable value for birthdate is DateFormat, such as 2022-01-01 instead of a string, or anything except the expected string input. Then, the input mapping will fail with the JSON schema and the code will throw an error.

Obviously, the most straightforward method in this case would be to manually construct a codebase that examines each input element for the presence of the necessary attributes and ensures that they are of the correct type.

Writing such code, on the other hand, may be time-consuming and as prone to error as anything else we write by hand. As changes are made to the codebase, there is also the chance that the error-checking code may go out of sync with your static types.

For example, suppose a team of three developers are working on a project and performing manual checks in the code to ensure runtime type safety. Initially, the developers would probably agree upon the checks developed, but as the codebase expands and more features are introduced, each of the developers would then be responsible for updating a set of functionalities, which would, again, be interdependent on the rest of the features of the project.

If Developer A writes the checks to keep the functionality or business logic at hand, a serious issue may arise because the rest of the app may not pass these checks partially or at all. Developers B and C may end up developing their own checks, thinking they are fixing a problem, but are instead making the codebase more complex and redundant.

This can result in a lot of things — code becoming stale, drifting away from project goals, costing more time and resources to overcome challenges of synchronicity. You may also run into issues maintaining or implementing further universal checks across the app that would ensure quality and error-free code.

If not maintained well, the checks may become obsolete, resulting in breaking changes, delays and issues across the app.

In this article, we covered four methods of type checking at runtime in TypeScript. One strategy may not be appropriate for all challenges, so you should carefully weigh your options for your distinct use-cases.

You can learn more about advanced types in TypeScript in the official documentation, as it is a powerful concept based on types.

Sneh Pandya Follow Exploring the horizon with a knack for product management. Co-host of the NinjaTalks podcast and community organizer at Google Developers Group. Explorer, adventurer, traveler.
« Build a single-page application in Svelte with svelte-spa-router
Building microservices with Node.js »

One Reply to “Methods for TypeScript runtime type checking”