Introduction to COTI and the Trustchain 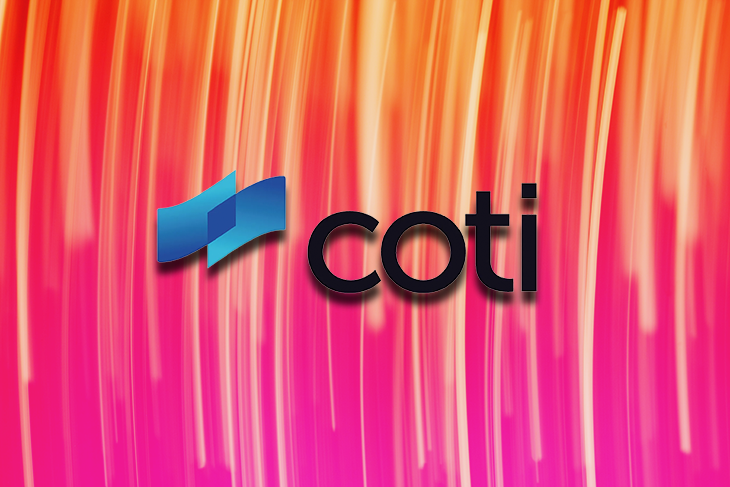 Blockchain-grounded systems have been developed to address the many cost-related issues developers face by seeking to give high sales. Some of the issues blockchain network payment systems are facing include:

Outside of a lack of public trust, this has also resulted in a lack of trust between the unknown parties who interact privately on the blockchain, which results in multitudinous chargebacks and sale cancellations. Users are constantly labeled as “high-threat” or “low-threat” based on their historical cooperation with a specific business rather than their intentions at the time of the transaction, which may be less loaded than the context previous interactions may convey.

In this post, you will gain a better understanding of what COTI and the Trustchain are all about and how they aim to solve these problems we’ve outlined.

COTI, an acronym for Currency of the Internet, is a decentralized and performant cryptocurrency ecosystem optimized for creating digital payment networks and stablecoins.

COTI’s base-subgroup protocol is built from a directed, acyclic, graph-grounded tally collected from deals conducted over time. COTI has also constructed mechanisms to cover, catch, and defend against possible attacks, improving network security. This service uses game theory ideas to ensure fair outcomes in the event of a disagreement.

How is COTI different from a “traditional” blockchain?

COTI is a layer-one blockchain ecosystem. Unlike traditional blockchains, COTI doesn’t need to use Proof-of-Work (PoW) or Proof-of-Stake (PoS) to validate transactions. It employs a one-of-a-kind agreement algorithm known as Proof-of-Trust (PoT), which combines a directed acyclic graph (DAG) data structure with PoW — we’ll talk about this more below. 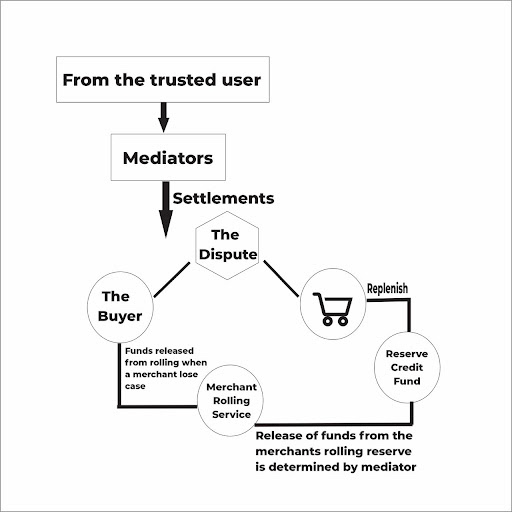 Privacy is also a standout for COTI because data protection is one of COTI’s key tenets. Transactions can not be traced back to a specific user — multiple addressing is performed with a one-way hash for each sale. Users must go through know-your-customer (KYC) obligations and follow anti-money-laundering processes to participate in the COTI ecosystem.

The Trustchain is the base structure for COTI systems and products. The core of COTI’s structure lies on the Trustchain, a personal agreement algorithm grounded on machine literacy, which dramatically decreases sale costs and increases recycling speed by assigning trust scores to deals and clustering it in chains.

As previously mentioned, the Trustchain lies on a multi-directed acyclic graph (DAG) data structure, which is more like a graph than a blockchain, and works in tandem to drive up scalability. This technology stands to reinvent crypto mining and trading by providing multiple nodes on which transactions can occur simultaneously as opposed to blockchains, whose nodes are built and released sequentially.

How COTI and the Trustchain work

COTI is a next-generation payment option that offers high sale output and low fees. Coins like IOTA, Nano, and Obyte — which we can refer to generally as DAG coins — work within COTI’s DAG framework.

COTI presents a unique, DAG-grounded, distributed-tally system as its base protocol, which involves the use of Trust Scores to evaluate previous deals before selecting new, unconfirmed deals to validate. This way, transactions are built upon the foundations the two parties establish through the quality of their previous transactions.

DAG-grounded, distributed-tally technologies appear to be particularly effective at addressing the scalability challenges that are making blockchain-grounded payment networks come up short. Although adding capacity to blockchain-grounded networks has a negative impact on network usability, the discourse about DAG-grounded networks’ increased application is true: they do indeed provide better network scalability.

In other words, there’s a positive relationship between the number of active network participants and the pace at which deals are validated. As a result, the DAG data structure is well-suited as COTI’s base protocol because of its positive correlation between network operation and scalability. This allows the network to achieve full decentralization, without risking COTI’s commitment to scalability, instantaneity, and low (or zero) fees.

COTI’s multi-DAG ecosystem is analogous to Ethereum’s. A common decentralized structure serves as the base for numerous different smart contracts, and supports one main coin for figure payments. COTI has created several clusters for diﬀerent uses.

All figure collection in COTI is the responsibility of full bumps. For this reason, full bumps must produce figure-paying deals in the main coin, DAG, before sale attachment. All clusters in the COTI multi-DAG use the same identiﬁcation and KYC procedures, which creates one common, amicable crypto macrocosm.

Let’s take a closer look at some of COTI’s major objectives.

Card networks generally charge a variety of fixed- and chance-grounded freights to execute a sale, with fresh costs assessed when deals are identified as cross-border or cross-currency. To develop a tone-sustaining and agnostic payment system, sale charges should be kept to a bare minimum and levied in agreement with each party’s specific donation to the network.

Card networks work in tandem with centralized banking and legal systems, and strong restrictions are in place to ensure compliance with anti-money laundering norms. As digital currencies are pseudo-anonymous, uncensorable, and unbridled in general, it’ll be important to comply with the legal requirements of all authorities in which COTI merchants and buyers live in order to make digital, currency-specific, nonsupervisory fabrics available for wide consumer sales.

Sale completion times on the Bitcoin network aren’t only slow, but also change dramatically. Because a Bitcoin sale must be verified six times before it can be reused, the process to complete a sale can take anywhere from 30 minutes to 16 hours on average. The same sale on the COTI network could take approximately less than 20 seconds.

Merchants who accept Bitcoin are either highly exposed to shifting exchange rates or incur additional expenditures to hedge against the volatility of the Bitcoin marketplace. Furthermore, current stablecoins operate on an inappropriate infrastructure, which reduces adoption while providing no real-world response to volatility.

Moreover, advanced backtracking technologies can link cryptocurrencies to a history of illicit conduct because certain cryptocurrencies are illegal, which reduces their acceptance by respectable institutions.

Although immutability is generally considered a security advantage, the finality and unsustainability of digital currencies limits the currency’s utility in regular payment scenarios. No changes can be made after a transaction is completed, so customers cannot request exchanges or replacements, and cannot return items.

COTI is introducing decentralized on-chain smart contracts for the DAG, which are a first of their kind. All smart contracts are recorded in the COTI multi-DAG cluster and are verified several times by various full nodes before confirmation.

In this section, we’ll explore the features COTI provides over other blockchain technologies, and how its structure differs.

COTI offers a ready-to-use arbitration service that permits users to appeal against instances of fraud and share at-issue judgments for agreements throughout the ecosystem. This service uses a rolling reserve for individual users to cover implicit claims, along with a “system-wide Reserve Credit Fund (RCF) to guarantee it,” to quote their white paper. The necessary COTI coin and token reserves are assessed and supported by the individual Trust users.

The COTI dime, COTI’s stablecoin, is at the heart of the COTI Pay network, fueling transactions between consumers and merchants. The COTI dime is a high-performance cryptocurrency built on top of the layer one protocol.

Within the COTI ecosystem, this stablecoin can be used as a common form of payment for all fees and staking. The COTI dime is worth $0.1USDT and can be spent at any merchant that accepts COTI Pay.

Transactions sent from the COTI wallet need a Trust Score in order to make transactions, so the first thing we want to do is send a request to the Trust Score node.

The chart below represents the graphical explanation of COTI’s transaction structure.

COTI’s Trustchain algorithm is constructed in such a way that those with high Trust Scores get faster evidence times than those with lower Trust Scores. This is to be anticipated, as individuals will be more conservative when dealing with merchants or buyers they do not trust because they want to be sure their deals are verified before accepting them.

The Trustchain works by establishing a trust subgroup on top of the DAG, which is also combined with a ranking medium to track network reality behavior.

Trust Scores for deals in the cluster

Trust Scores are a crucial point of the COTI network because they’re used for eﬀective sale processing, threat mitigation, and network structuring. Trust Scores are calculated by devoted and decentralized Trust Score Bumps. All deals in the payment network also have a Trust Score.

Uses for the Trust Score

The Trust Score highly improves the process of arranging deals for the Trustchain algorithm and furnishing optimal sale processing times. It also improves performance for largely-trusted purchasers and merchants and provides fresh checks on those who are less trusted.

Trust Scores also define the rolling reserve conditions for merchandisers, determine figure situations, set PoW situations (which can laterally aﬀect figure situations), and set the adjudicator threshold. This helps deﬁne which network actors can be chosen to be judges and be included in the arbitrators pool.

The Trust Score algorithm selects two deals with a degree of query. The ultimate thing to do is to make a cluster that relies on the sale sender’s Trust Score. Within a cluster, each sale is linked to and outside of two other deals, each with its own Trust Score.

The following steps will be performed when a new sale is entered:

After the sale is locally validated, tested, and attached to a full knot, it’s propagated to other bumps and receives both Trustchain and DSP Consensus.

Upon entering the sale, other bumps don’t perform any PoW processing or other thickness verification for the sale. The sale is checked when other bumps attach new deals to it, according to the source selection algorithm.

The Trustchain algorithm makes use of trust to validate and confirm deals more quickly. Trustchains expand as new deals are linked to two former deals with analogous degrees of trust. As a result, a new agreement-grounded evidence medium is created in which every user is incentivized to have a high degree of trust while engaging in trust-structure because of the benefits associated with having a high position of trust (i.e., fast evidence times).

COTI’s purpose is for users to be able to freely transfer value in the same way that information is transferred on the Internet, and COTI uses a DAG structure to be more energy-efficient than the traditional blockchain.

Any market that requires high throughput and reliability can use the Trustchain Protocol. As a result, COTI is uniquely positioned to provide all the necessary infrastructure for sectors that require massive scalability, as well as an arbitration mechanism to handle disputes, fraud (e.g., duplicate payments), and mistakes.