Interfaces in TypeScript: What are they and how do we use them 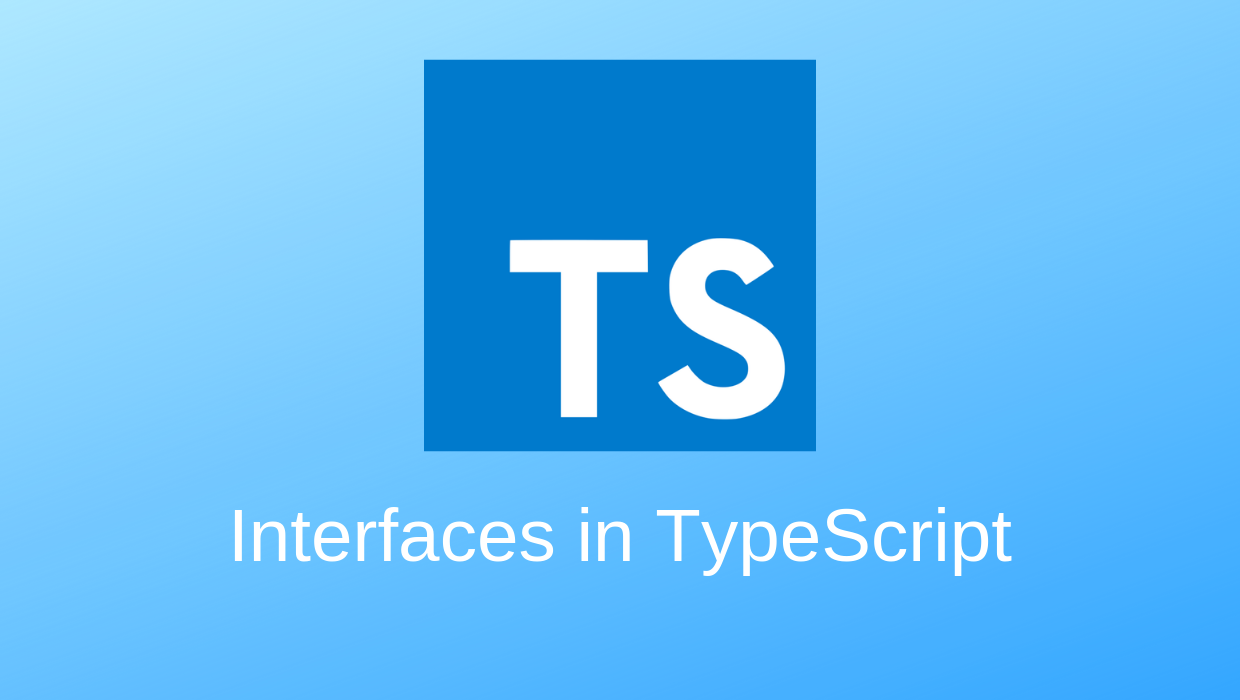 Ten of the Tesla engineers built their prototype model. There were no specifications laid down before implementation, so the engineers all came up with their own set of specifications and implementation model. One of these prototypes had the means to show a user the car charging details while the other one had a tire monitoring system in place.

If a set of specifications were defined beforehand, it would have been convenient and easy for these engineers to implement prototypes based on the specifications. We deal with the same problem while building complex entities in JavaScript:

The buildTeslaModelS function returns a Tesla Model S car using the parameters as defined in teslaObj. It makes some assumptions for input parameters and returns a model based on those assumptions. It assumes that the length, width, and wheelbase properties would be integers, and it performs some computations based on this assumption.

However, as you can see in the second function call to buildTeslaModelS, these values are strings, and so the assumption is no longer valid.

Also, the buildTeslaModelS function doesn’t know that it would have to deal with the measureRemCharging property, so it completely skips that part. It assumes that measureTirePressure is a mandatory property and that it should be present in all of these models. However, when it doesn’t find this property in the second function call, it throws an error at runtime.

This is an extremely flexible functionality! There should be a way to tell the buildTeslaModelS function the shape of the input teslaObj parameter. It would have been easier if there was a validation check for checking mandatory properties and their types on teslaObj at compile time.

TypeScript has built-in support for interfaces. An interface defines the specifications of an entity. It lays out the contract that states what needs to be done but doesn’t specify how it will be done.

In the above example, we can define an interface for the Tesla Model S, and each of its prototypes would then use this interface to come up with their implementation plan for various functionalities as defined in the interface.

This is the interface for the Tesla Model S:

An interface contains the name of all the properties along with their types. It also includes the signature for functions along with the type of arguments and return type. For example, getTyrePressure and getRemCharging functions return the value of type number.

How to use an interface

A class or function can implement an interface to define the implementation of the properties as defined in that interface.

When you run the code shown above, the TypeScript compiler will give the following error:

The compiler complains for two reasons:

To build a Tesla Model S as defined in the interface, we will have to define the function like this:

The above implementation of teslaObj is exactly what the interface expects!

How to define optional properties in interfaces

Please note the ? in the getTyrePressure property. The question mark suggests that the property getTyrePressure is optional and is not mandatory for entities to implement this functionality in all models. The compiler won’t complain even if you don’t specify this property in the teslaObj parameter.

The compiler also checks for excess properties that are not defined in the interface. Let’s say, the teslaObj contains an excess property turningCircle, which is not specified in the TeslaModelS interface:

The compiler gives the following error:

We will have to modify our interface to reflect this change:

Note the use of the readonly keyword with the name of the properties. It suggests that these properties cannot be modified after they are initialized with some value.

Indexable properties, as the name suggests are used for defining types that are indexed into a unique number or a string. For example, we can define a type CustomArray as:

Please note the cars variable is not an ordinary array and so you cannot use array built-in functions like push, pop, filter, etc. You might argue that it is better to define ordinary arrays instead of using indexable types. Indexable types are helpful when you have to define custom properties and functions that should operate on a range of values of the same data type.

Since we have clearly put together the specifications of the Tesla Model S in an interface, it has improved the efficiency of the Tesla engineers, and they are now ready with the first set of 100 cars. It is time for the reviewing committee to go through each of the models and test them for performance and other factors:

The TeslaModelSReview interface indexes the group of properties — engineer, model, and rating associated with a particular model into a unique numeric index. The TeslaModelSReviewQueue is of type TeslaModelSReview. It lists down the Tesla models built by different engineers. From the above code, we can see that John has built two models — modelByJohn1 and modelByJohn2, which are rated as 2 and 4, respectively.

The type of indexer can either be a string or a number. We can also define other properties in TeslaModelSReview interface but these properties should return a subtype of TeslaModelS type.

How to define function types in interfaces

An interface can also be used for defining the structure of a function. As we saw earlier, the functions getTyrePressure and getRemCharging are defined as properties on the TeslaModelS interface. However, we can define an interface for functions like this:

The orderFn function is to type Order. It takes two parameters of type number and returns a value of type boolean.

There is no need to define the type of parameters again in the definition of orderFn function as you can see in the code above. The compiler just makes one-to-one mapping of the arguments as defined in the interface with the one defined in the function declaration.

How to use interfaces with classes

So far, we’ve learned how a function implements an interface. Now let’s build a class for the TeslaModelS interface.

Different types of variables in a class

A class has three different types of variables

An interface can extend any other interface and import its properties. This helps in building small and reusable components. For example, we can create different interfaces to handle the different components of the Tesla Model like this:

The TeslaModelS interface extends the properties of the Wheel and the Charger. Instead of dumping all of the properties in a single interface, it is a good practice to make separate interfaces for handling different components.

How are type aliases different from interfaces?

Type aliases are used for giving a name to a combination of different types in TypeScript.

For example, we can create a type that can either be of type string or null:

Type aliases and interfaces are often used interchangeably in TypeScript. The shape of the TeslaModelS object can also be defined using type like this:

Type aliases are generally used in cases where we have to define a merge of different types. For example, consider the function renderObject:

Interfaces are used for defining a contract regarding the shape of an object; hence they cannot be used with the union of multiple shapes. Even a class cannot implement a type that describes a union of shapes. This is one of the important functional differences between interfaces and type alias.

In JavaScript, functions are also considered as objects and so it is valid to add properties even on function literals like this:

As you can see from the above code, the variable model is assigned a value of function and getCustomerDetails, trackDelivery are attached as properties on the model. This is a common pattern in JavaScript. How do we define this pattern with TypeScript interfaces?

How to use generics in interfaces

Generics in TypeScript are used when we have to create generic components that can work on multiple data types. For example, we don’t want to restrict our function to accept only number as the input parameter. It should scale as per the use-case and accept a range of types.

We’ve created a Stack of strings called stacksOfStr, which takes in string and accordingly replaces T with string. We can reuse this stack implementation for creating stacks of number and other data-types.

We can also create a stack of Tesla Models. Let’s see how we can do that:

Please note that we are using the same stack implementation for an array of type TeslaModelS. Generics coupled with interfaces is a powerful tool in TypeScript.

TypeScript does a great job in handling the weird parts of JavaScript. However, the browser doesn’t understand TypeScript and so it has to be compiled down to JavaScript.

The TypeScript compiler compiles the above TeslaModelSPrototype class as:

The above code is plain JavaScript, so it can run in the browser.

This is a great performance benefit on the side of JavaScript engines.

How to use interfaces with React

Let’s build a simple use-case of displaying the list of Pokemon using React and TypeScript interfaces.

Here’s the main App Component that renders the Pokemon list in the div container with id root:

The PokemonList component fetches the list of Pokemon using the open-source Poke API project. It stores the results of the Pokemon API in the state of the component. The component uses interfaces PokemonProps and PokemonState for defining its props and state. The interface PokemonListModel defines the structure of an object as returned from the Pokemon API.

Notice the type of results property. It uses the interface Pokemon to define the structure of results. Here’s the demo of the Pokemon application on Stackblitz.

Interfaces are a powerful way of defining contracts in TypeScript. Let’s recap all that we have learned in this tutorial:

Ankita Masand Follow Software engineer trying to make sense of every line of code I write. Feminist. Prefers simple over complex. Latte lover. Blogger.
« Why you should use focus styles
Getting started with the new Vue CLI 3 »

3 Replies to “Interfaces in TypeScript: What are they and how do…”