Eslam Hefnawy Follow Serverless Architect at Serverless, Inc. Co-creator of the Serverless Framework and the lead architect of Serverless Components. 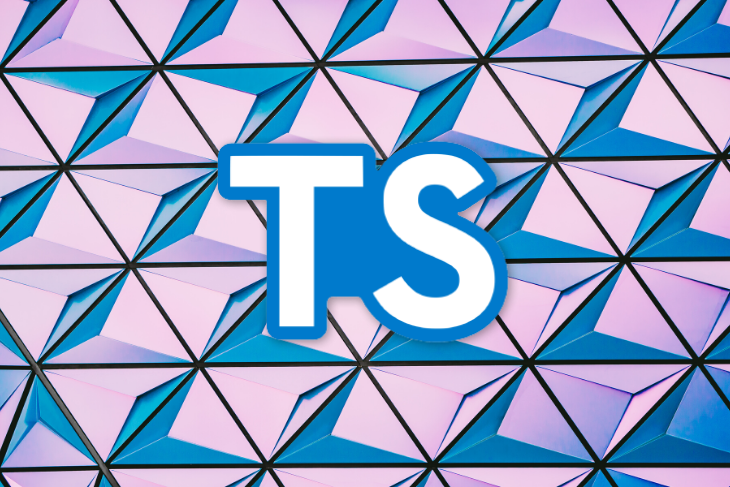 TypeScript is a language that has seen a lot of exposure in the modern world of software engineering. Its powerful, strict type system reduces the likelihood of running into errors during runtime or hidden bugs in production due to the lack of strong types in, JavaScript, TypeScript’s predecessor.

While TypeScript makes the development experience smooth on its own, it’s important to know how a design pattern can help retain or improve the efficiency and usefulness of a codebase. Using the right design pattern in the right situation and knowing how to do so is a crucial skill in any developer’s toolbox.

The implementation language is TypeScript, but design patterns are language-agnostic, so the concept and the logic behind them are what is most important. To follow along, you should have:

After reading this tutorial, you should:

The observer pattern: I know what happened to you

The observer design pattern creates a system to which objects subscribe. When there’s a change to an object they’re observing, all subscribers are immediately notified. This circumvents the necessity to notify all objects when a change happens in a specified object.

The observer design pattern involves two groups: the ones that subscribe to changes (observers) and the one(s) whose changes are observed (object). The object must have an array or list to hold the observers. This list or array is manipulated by two methods to either add or remove an observer. There must also be a method to notify all the observers when the object changes.

Think of a situation where multiple patients did their tests at a hospital for the nCovid-19 virus. They are now awaiting their test results. To notify them when their results are ready, you can use the observer design pattern.

An interface of the observer is created to define its structure and types. Each observer has a method called sendMessage() that is called during the notification process. It does not return anything.

The Hospital is the object. It contains an array of observers, two methods to manipulate the array, and a method to notify all the observers.

The patients are the observers. As such, they’ll have to follow the structure defined by the interface for an observer.

Let’s say patients John and Jack are awaiting their test results and have subscribed to the hospital, as soon as the test results are available, they will all be alerted.

The builder design pattern is self-explanatory. It creates objects but it really shines is when there is a need to create multiple objects with some similarities. Essentially, it allows you to write all the logic to create multiple different objects in the same place.

A builder avoids the necessity to create myriad subclasses from a base class or big constructors with a lot of conditional logic using method chaining and by having a single method to add each property to the object. There is one final method to return the object that has been built. Optionally, you could include a method to reset the builder.

As usual, we must first create an interface for each test result object to define its structure. HCG is a hormone that is tested for during a pregnancy test. RBC stands for red blood cells, and the availability of RBCs is tested during anemia tests.

Each property is defined using its method. Each method must return the builder to allow method chaining. Once, the object is ready, it can be built/returned.

The proxy pattern: The ideal middleman

The proxy pattern is an underrated yet powerful design pattern that helps solve some very difficult problems. As the name suggests, the proxy pattern’s goal is to create a substitute for something else so that everything has to go through the substitute first to reach the actual object.

Think of a logger that prints some kind of message to the console. You want to include the date and time when each message is printed, but only if the feature is enabled. This logic can be included in the proxy.

An interface is created for the logger with a print() method that returns nothing. This interface declares the structure of both the proxy and the actual object.

The actual logger will have the same print() method without the excess logic to discern whether the feature is enabled or disabled.

Proxies are very powerful when used right. You can use a proxy can to perform lazy loading (virtual proxy), implement caching (cache proxy), and control access to objects (security proxy). There are various types of proxies that perform different tasks, but the underlying concept remains consistent.

Use the right design pattern in the right situation

Design patterns can be classified into three categories based on their intended purpose and the type of problems they solve.

Knowing how to categorize design patterns directly lends itself to identifying when or when not to use a design pattern. Combining this knowledge with the design pattern itself will empower you to improve the quality of your code.

Let’s take a high-level look at everything that we went over in this guide.

Most importantly, design patterns are language-agnostic and can be implemented in any language to solve the kind of problem that a particular design pattern intends to solve.

Check out the following resources to learn more.

Eslam Hefnawy Follow Serverless Architect at Serverless, Inc. Co-creator of the Serverless Framework and the lead architect of Serverless Components.
« Building an Express-style API in Go with Fiber
7 ways to improve Node.js performance at scale »