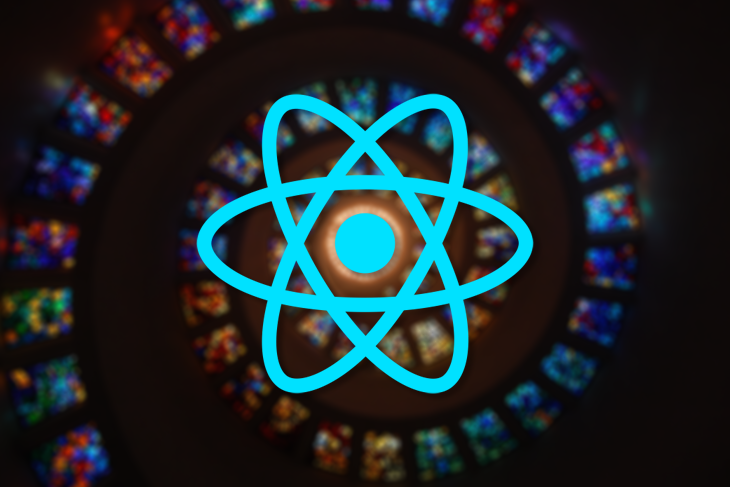 When you’re developing React Native application, you may be asked to implement icons. Now, the easy way to do this is to simply extract the .png or .jpeg file of the icon and use it in the Image component of React Native. This would do the trick for you, but you will not get crisp quality and you’ll end up bloating your app with higher image file sizes, which will increase your app bundle size.

Instead of using .png or .jpeg files in your React Native app, you should be using the SVG format. SVG is a vector-based format that can scale infinitely without compromising quality.

In this guide, we’ll demonstrate how to implement SVG icons in your React Native app using the react-native-svg library.

What are Scalable Vector Graphics (SVG)?

SVG is an XML-based format used to render vector images. A vector image can scale however much you want it to without pixelating because vector images are driven by mathematical equations and do not have pixels like other image formats, such as .png and .jpeg.

Because of the vector nature of the SVG format, the image is independent of resolution. An SVG image looks sharp on any screen, from the gorgeous 285 DPI pixel density screens found on new smartphones to the 85 DPI screens of standard monitors. SVG files are also small in size compared to other image formats.

If you open an SVG file in a text editor, you’ll see a large XML code with numbers and various nodes. In this tutorial, we won’t focus on the SVG itself. Instead, we’ll demonstrate how to render SVGs on a mobile app screen.

Rendering SVGs in mobile apps is not as simple as on the web, where you can use SVG directly as an image source or paste the SVG code into your HTML file. This is because there isn’t a built-in React Native component that can render SVGs directly.

Since React Native doesn’t provide default support for SVG, we’ll have to install a few libraries from the npm registry. Luckily, there’s a popular npm package that works out just fine for most use cases called react-native-svg.

Let’s get started by setting up a React Native project. Run the following command:

If you’re using Expo CLI instead of React Native CLI, you can get started by running the following commands.

Let’s look at how you can use the react-native-svg library to render SVGs in your app.

Open up the project in your favorite editor and start by importing the Svg and Circle components from react-native-svg, as shown below.

The <Svg> component is a parent component that is needed to render any SVG shape. It’s like a container component for all your SVG shapes. If you’re rendering any SVG shape, such as a circle or a polygon, you must use this as a wrapper component around your SVG component.

The <Svg> component takes three props: height, width, and viewBox. The viewBox prop describes how your SVG will be positioned in space. The height and width prop are self-explanatory.

Inside the <Svg> component, render the <Circle> component as follows:

To describe the radius of the circle, you can pass an integer as a string to the r prop. You can set this value to increase or decrease the size of the rendered SVG circle.

The stroke prop can be used to denote the color of the border around the SVG element and the strokeWidth represents the thickness of that border. Finally, the fill prop indicates the color of the rendered SVG element. These props are similar to the attributes on the native HTML <svg> element and are common across most of the SVG components.

Have a look at the entire code that renders an SVG circle on the screen:

You should see a violet SVG circle, as shown below:

Similarly, you can render other SVG shapes, such as rectangles, polygons, lines, ellipses, etc.

How to render SVG images and icons in React Native

Now that you understand how to render any SVG using the react-native-svg library, let’s explore how you can render SVG icons and images in your app.

Here, you need to use a different component called SvgUri, so let’s import it from the library:

This is quite similar to rendering images in React, where you’d specify the src attribute of your <img> as the URL of the image.

The above code should render the SVG on the screen as shown below:

Then, add the following code inside it:

Next, download an SVG and save it inside your project, similar to how you’d download an image that you want to use in your project. Let’s say you named your SVG file image.svg. You can now can import this SVG file like any other component:

And render it inside any component:

The above code should render the same SVG on the screen. If your project requires you to render SVG icons locally, you can follow this approach to render different SVG icons in your app.

In rare cases, if you’re not able to reference local SVGs using the <SvgUri> component, you can use XML strings to render SVGs in a React Native app.

Let’s say you’ve downloaded this SVG file in your project. If you go inside this SVG file, you’ll notice a bunch of XML code with an <svg> HTML element. You can directly render an SVG from its XML code using the <SvgXml> component:

Copy everything inside the <svg> element from the SVG file’s XML code and store it inside a variable.

Then, pass the above variable to the xml prop inside your <SvgXml> component, as shown below:

And voila! You should now see the above SVG on the screen.

SVGs are great for rendering images and icons you want to use in your React Native apps. You can even use them to create complex shapes and patterns to add more aesthetic appeal to your app’s design.

I hope this tutorial makes it easier to use SVGs in your React Native project. You can also explore and play around with examples illustrated in the react-native-svg official docs.