A guide to blockchain consensus protocols 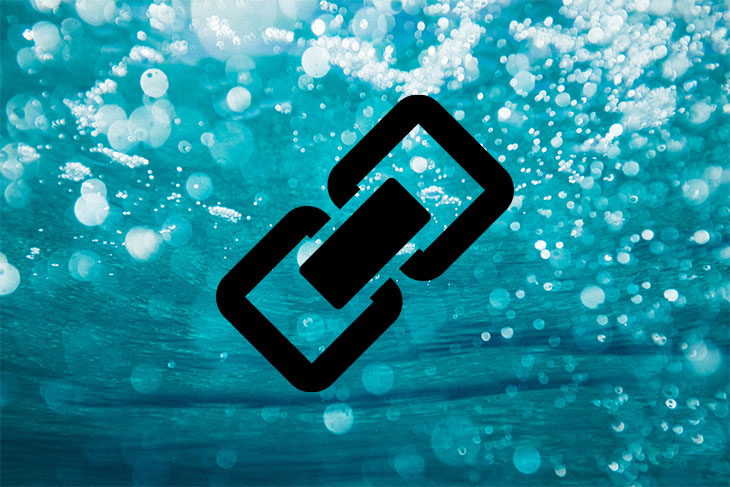 The first consensus protocol used in the blockchain network was Proof of Work (PoW). Cynthia Dwork and Moni Naor introduced it in 1993, and Satoshi Nakamoto, the creator of the Bitcoin network, reintroduced it in 2008.

PoW is a time and energy-consuming protocol in which validators continuously run data from the block header through a cryptographic hash function. A linear structure is used to represent the blocks, with each block being a collection of transactions.

PoW employs a special type of computer (ASICs) to solve its complex cryptographic problems, which necessitates a large amount of computing power. Miners work to solve these complex problems, and the first person to solve a problem is rewarded with Bitcoin.

Using the public and private keys assigned to each user, each transaction is validated and signed.

The PoW consensus is best used by a developer who wants to create applications that require security or node management identity, where users will need to be identified, authorized, or authenticated before accessing services or systems. Bitcoin, one of the largest blockchain networks, adopted this protocol.

One of the advantages of PoW is that it is highly scalable, meaning it is good for variety of applications like cryptocurrency mining, validation transaction, or mining new tokens.

A disadvantage of the PoW is the probability of a “51% attack”. This is the point at which a single attacker gains control of more than half of the network’s computing power, rendering decentralization ineffective.

These validators are chosen at random by PoS based on the amount allocated. The higher a validator’s stakes, the more likely they are to be chosen.

Ethereum, one of the largest blockchain networks, adopted the PoS protocol to improve network scalability and reduce electricity consumption.

PoS can be used to improve security, validate transactions, and increase performance. Some of the cryptocurrencies that use the PoS protocol are Steem, Tezos, and Gridcoin

Unlike the PoW consensus protocol, PoS protocol does not need any special kind of computer or complex cryptographic problem to solve.

Also, PoS is more energy efficient than PoW, which requires miners to use a high level of electricity to complete their tasks.

A disadvantage of PoS is that an attacker can revert the victim’s transactions and bribe the miners to confirm them.

Secondly, PoS benefits the wealthy. Mining power in Proof of Stake is determined by the number of coins staked by a validator. Participants who stake more coins have a better chance of being chosen to add new blocks.

Validators maintain the blockchain network and validate transactions in this consensus protocol, and they are rewarded for their efforts with transaction fees. This protocol is based on a voting system in which validators are elected to aid in the consensus state of new blocks. Those who have more coins have more voting power.

The DPoS voting system is transparent. If users notice any signs of malicious activity, they can vote to remove the offending delegate right away.

DPoS is partially centralized, so those with more coins have more power in the network. Also, it is vulnerable to attack because only a few people are in charge of keeping the network running.

Transaction as Proof of Stake (TaPoS)

TaPoS is a consensus protocol that prevents malicious activities, such as taking a transaction from one blockchain and fraudulently repeating it on another. This is known as “transaction replay.”

Every transaction in the system must include the hash of the most recent block header. These are the transactions that take place on the processors and contribute to the task being solved, resulting in successful mining.

This protocol possess all the benefits of PoS including prevention of transaction replay on different chains.

A disadvantage of this protocol is that it is unfortunately not widely adopted.

The Delegated Byzantine Fault Tolerance protocol was invented by NEO, a Chinese-based decentralized blockchain. In the blockchain network, it is a complicated concept. This protocol addresses the Byzantine Generals Problem in game theory.

Delegated Byzantine Fault Tolerance is more effective than other algorithms at dealing with untrustworthy blockchain participants. A concise explanation of how dBFT works can be found here.

One of the largest cryptocurrency exchanges, Binance, uses this consensus protocol.

The dBFT protocol is best used in creating a fast and cost effective applications that encourages transaction finality.

One of the advantages of dBFT is its fast execution. A new block on the chain takes between 15 and 20 seconds to generate. This protocol has no forks, which prohibits drastic changes to a network’s protocol that allow previously invalid blocks and transactions to become valid.

Another advantage of dBFT is that transactions have absolute finality after confirmation, which means that a block cannot be split and thus the transaction cannot be revoked or rolled back.

A disadvantage of this protocol is that there is no anonymity, because delegates must operate under real identities in order to be elected. Also, it is not entirely decentralized, because this protocol necessitates a regulated blockchain.

Casper is a Proof of Stake (PoS) protocol model based on a security deposit. This implies that validators must make a deposit in order to serve the consensus by producing blocks.

Ethereum has chosen the Casper protocol, which shifts the focus away from mining and towards staking. Ethereum Casper is made up of two co-developed implementations in the Ethereum network: Friendly Finality Gadget (FFG) (a hybrid of PoW and PoS consensus protocols focusing on a multi-step transition to introducing PoS for the Ethereum network) and Correct-by-Construction (CBC), which uses a correct-by-construction protocol.

Casper is still in its early stages of development and will require more time before it is ready for widespread adoption.

The Casper protocol provides better security, whereby a validator is swiftly removed if they perform any malicious activity, and a large portion of their stake gets slashed away.

Secondly, it lowers the risk of double-spending attacks. Double-spending is the ability for an attacker to reverse a transaction by using the same input as another transaction that has already been validated on the network.

Lastly, Casper eliminates the “nothing-to-stake” problem. Nothing-to-stake is a security issue in the PoS protocol in which validators have nothing to lose if the network forks.

The Casper protocol is best used for creating applications with better scalability and security by preventing double-spending attack.

The Casper protocol is still vulnerable to a 51% attack. Ethereum Casper will be unable to finalize blocks if Ethereum’s validating system is compromised.

PoI is used to demonstrate the utility of nodes in a cryptocurrency system, allowing them to create blocks. PoI evaluates nodes using a variety of metrics: net transfers, the amount of vested currency, and activity clusters are a few examples.

Proof of Importance also provides a higher score to investors who transact with others on the network on a regular basis. This is what makes PoI more stable and reliable, because it encourages coin circulation rather than coin hoarding.

The proof of importance protocol is best used for applications that encourage data modeling, and prevent hoarding of coins and double-spending.

One of the advantages of PoI is it reduces hoarding of coins. Users will have to stake their currency in order participant.

Also, this protocol requires no specialized hardware or high consumption of energy or computing power.

In the PoI consensus protocol, the mining percentage is limited. This means that miners will mine in proportion to the amount of cryptocurrency they own. As a result, the wealthy become even wealthier.

The PoET concept was introduced in 2016 by Intel Corporation (INTC). PoET is a consensus protocol that is frequently used on permissioned blockchain networks to determine mining rights or block winners.

Permissioned blockchain networks require identity verification of any prospective participant before they can join. PoET offers an equal chance of winning across the largest number of network participants, and utilizes a lottery-style random selection to determine which node will win the new block.

Every network participant is given a random amount of time to wait, and the first person to finish waiting gets to commit the next block to the blockchain.

One of the benefits of PoET is that it ensures that the results can be verified by external participants and entities, increasing the transparency of network consensus.

Also, this protocol ensures that everyone has an equal chance of winning with two factors. First, the participating nodes choose a time that is truly random and not a shorter duration chosen on purpose by the participants in order to win. Second, the winner must have completed the waiting period.

Because it necessitates the use of specialized hardware, the PoET protocol is best used for permissionless public distributed ledgers, and cannot be widely adopted.

It also necessitates trust in the third-party hardware itself, which contradicts one of the core concepts of blockchain, which is that it should be “trustless.”

PoBr addresses the high energy consumption issues of a PoW system. Here, miners are allowed to “burn” their virtual currency token in order to be granted rights to write blocks in proportion to the amount of coin burnt.

Miners burn coins by sending them to a verifiably unspendable address. Miners may burn the native currency or the currency of an alternate chain, such as Bitcoin, depending on the implementation. In exchange, they receive a reward in the blockchain’s native currency token.

Compared to Proof of Work, Proof of Burn is more effective at ensuring coins are distributed fairly. Unlike the PoW mining, where specialized hardware is required, which can lead to increased mining centralization.

Second, it encourages miners to commit to long term projects. Long term investors are less likely to sell or spend their coins, so the coin’s price should be more stable.

The Proof of Burn protocol is best used for transactions that generate burn hashes, which are similar to the hash values used to determine PoW block leaders. It is suitable for the reduction of coin circulation. Slimcoin is one cryptocurrency that employs PoBr as its consensus mechanism.

A disadvantage of PoBr is that the burning of coins is not always transparent or easily verifiable by the average user, meaning there is frequent delay in verification of miners’ work.

For instance, for a project that requires crypto mining, PoW is efficient. PoS is better for validation of transactions, DPoS for transparent voting systems, dBFT for transaction finality, PoI to prevent coin hoarding, PoBr to reduce circulation of coins, and PoET for equality among participants.

I hope this article piques your interest in the topic of blockchain in general. There is a lot of research being done in the field of blockchain (such as supply chain and logistics monitoring, real time IoT operating systems, and NFTs) to make it more secure and efficient.