Getting started with ClojureScript for JavaScript developers 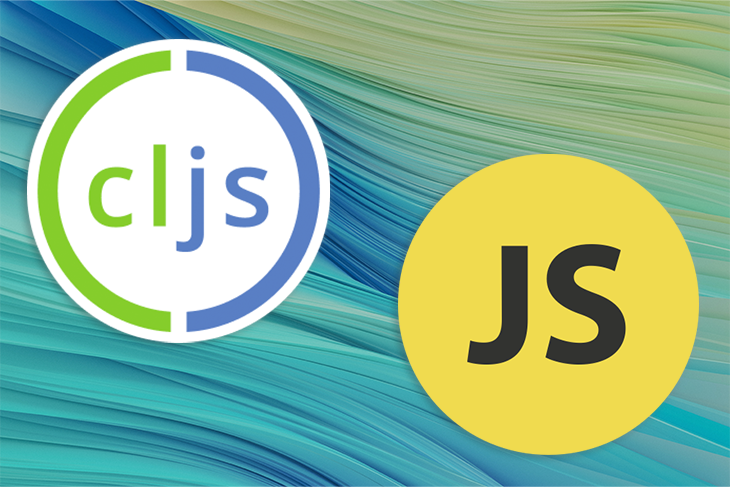 When creating web applications, developers can use functional programming, which offers benefits such as data immutability, concurrency, stability, and scalability. Functional programming is best supported by languages like Clojure but not by JavaScript. The good news is that ClojureScript compiles Clojure code into JavaScript, which can be executed in a browser or Node.js.

In this article, we’ll learn about ClojureScript, its advantages over Vanilla JavaScript, and its differences from other languages. The included code samples will show you how to get started and create a program with ClojureScript on your local machine.

ClojureScript uses the Google Closure tool, which manages libraries and dependencies and also minimizes code size. It’s important to note that with ClojureScript, code is stored as data. At the time of writing, the latest version is v1.11.60.

Benefits of ClojureScript over Vanilla JavaScript

ClojureScript offers several advantages compared to other apps that only use JavaScript, including:

How ClojureScript differs from languages that compile to JavaScript

Although multiple languages can be compiled in JavaScript, ClojureScript has some major differences when compared to the others. Let’s take a look:

CoffeeScript is like Python and Ruby and has a straightforward syntax that aids in development. Its primary goal is to increase productivity by reducing verbosity. However, ClojureScript increases the program’s overall speed while CoffeeScript does not.

Dart is a type-safe language that makes apps for several platforms and compiles to JavaScript. It was developed by Google to replace JavaScript and has a verbose syntax. However, ClojureScript, which supports the code as data philosophy, has a significantly more straightforward syntax that is understandable by both humans and machines. As a result, it has a robust macro system.

While TypeScript and JavaScript have comparable syntaxes and semantics to ClojureScript, they differ from one another. In essence, TypeScript is static-typed JavaScript and inherits almost all of JavaScript’s issues. Unfortunately, layering a type system can only go so far as to address those issues. While JavaScript carries the baggage of having bad semantics and other issues, ClojureScript is a superior language because it yields more reusable code.

Setting up a demo project with ClojureScript

Next, we’ll start configuring ClojureScript for our project. Make sure that you have installed the prerequisites.

Setting up your project folder for ClojureScript

Depending on your OS, there are different requirements for installing ClojureScript. To find the installation commands that work with your OS, consult the official documentation. For simple project interaction, ClojureScript offers REPLs.

Create a directory to host your project to use ClojureScript. Then, launch your terminal and enter:

Creating the namespace and ClojureScript file

By permitting and implementing modularity through namespaces, ClojureScript enables you to logically arrange functions and variables for later use inside your program. Declaring namespaces and referencing functions in modules is easy if your project follows the naming convention. To do this, we’ll make a unique namespace for this project.

Create an src folder in the directory using your favorite code editor to store the project’s source code. Then, inside of your src, make a new folder named cljscript_program that will hold your app.cljs ClojureScript file.

Then, in the app.cljs, make a namespace with the ns keyword and the filename that produces the following message:

Creating the file for dependencies

Next, make a deps.edn file in the project directory with a list of every dependency that your project has. ClojureScript is the sole dependency you’ll use for this program.

The cljs.main namespace is required to run your ClojureScript program. It contains functions with multiple usecases to initiate an interactive REPL session. Depending on the task, you can access and specify numerous arguments and flags with cljs.main.

Run the following command to see a list of available command-line arguments:

The arguments will be listed in your terminal once you run the command: 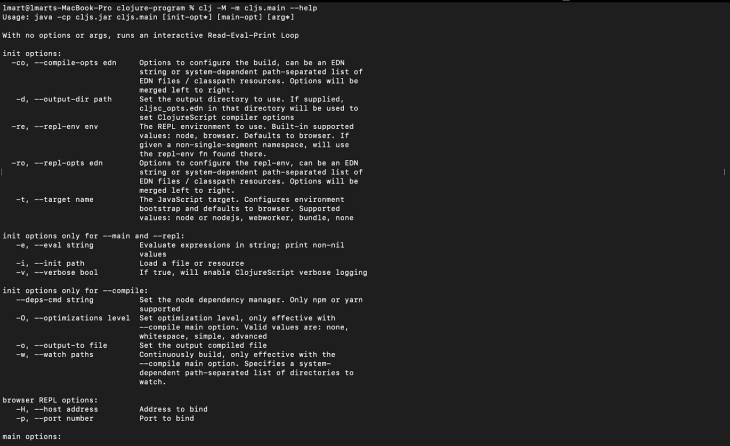 To compile, run, and launch an REPL session for your ClojureScript program, run the command in the project directory for your OS.

For Windows OS, run this command:

For macOS or Linux OS:

Let’s review the arguments we specified:

Following the program execution, .cpcache and out will be generated in the project directory, and an REPL session will launch in the terminal. We should also write the following to the prompt as the string My first ClojureScript program!: 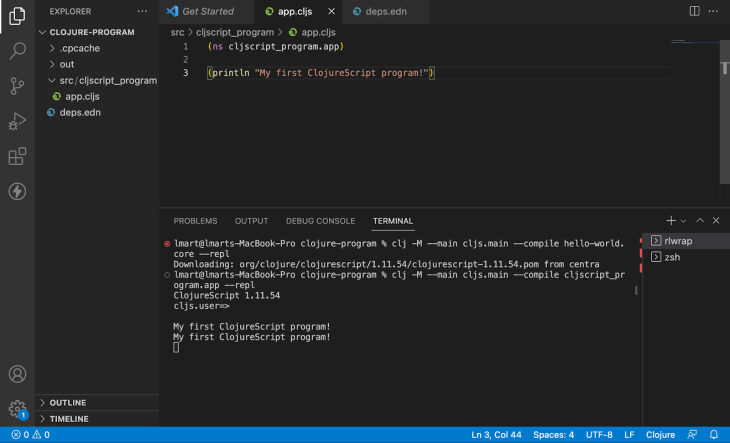 It will display a browser window at localhost:9000: 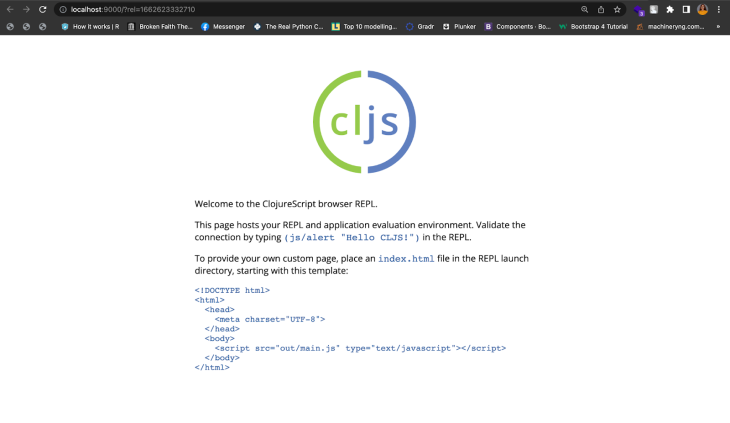 Now that your program is up and running, you can write code and interact with it via the REPL.

Using the defn naming function, create a ClojureScript function in app.cljs that returns the total of two numbers and binds to the variable total:

You’ll require the following clauses to run your program and communicate with it in your REPL:

There are various methods in ClojureScript for requiring your namespace. Run the following command from the REPL prompt:

This command requires and creates the alias cljscript, then reloads your namespace.

After that, use the alias as a reference to invoke the function defined in your namespace.

You should see 60 displayed in your terminal after selecting the enter key at the prompt: 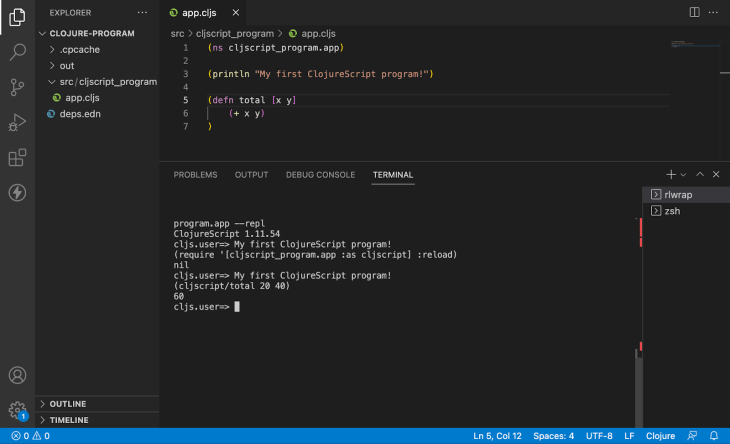