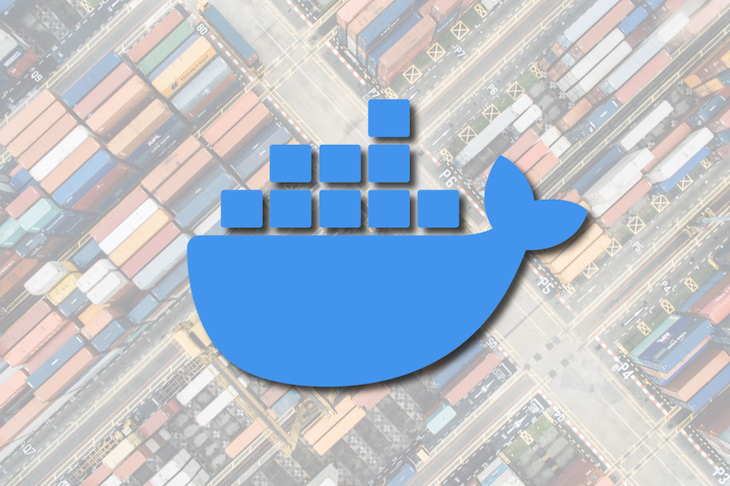 Since Docker’s release in 2013, the use of containers has been on the rise, and it’s now become a part of the stack in most tech companies out there. Sadly, when it comes to front-end development, this concept is rarely touched.

Therefore, when front-end developers have to interact with containerization, they often struggle a lot. That is exactly what happened to me a few weeks ago when I had to interact with some services in my company that I normally don’t deal with.

The task itself was quite easy, but due to a lack of knowledge of how containerization works, it took almost two full days to complete it. After this experience, I now feel more secure when dealing with containers and CI pipelines, but the whole process was quite painful and long.

The goal of this post is to teach you the core concepts of Docker and how to manipulate containers so you can focus on the tasks you love!

The what and why for Docker 🤔

Let’s start by defining what Docker is in plain, approachable language (with some help from Docker Curriculum):

Docker is a tool that allows developers, sys-admins, etc. to easily deploy their applications in a sandbox (called containers) to run on the host operating system.

The key benefit of using containers is that they package up code and all its dependencies so the application runs quickly and reliably regardless of the computing environment.

This decoupling allows container-based applications to be deployed easily and consistently regardless of where the application will be deployed: a cloud server, internal company server, or your personal computer. 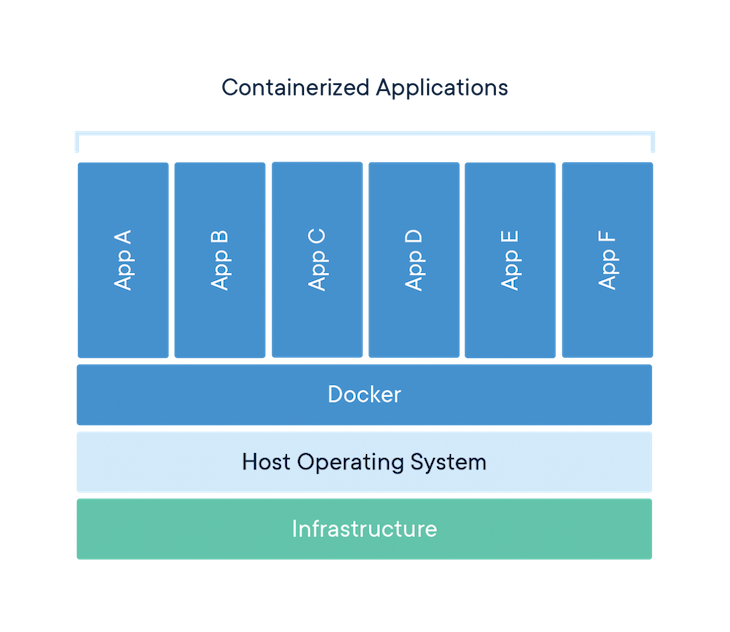 In the Docker ecosystem, there are a few key definitions you’ll need to know to understand what the heck they are talking about:

To fully understand the aforementioned terminologies, let’s set up Docker and run an example.

The first step is installing Docker on your machine. To do that, go to the official Docker page, choose your current OS, and start the download. You might have to create an account, but don’t worry, they won’t charge you in any of these steps.

After installing Docker, open your terminal and execute docker run hello-world. You should see the following message:

Let’s see what actually happened behind the scenes:

The “Hello, World!” Docker demo was quick and easy, but the truth is we were not using all Docker’s capabilities. Let’s do something more interesting. Let’s run a Docker container using Node.js.

So, as you might guess, we need to somehow set up a Node environment in Docker. Luckily, the Docker team has created an amazing marketplace where you can search for Docker images inside their public Docker Hub. To look for a Node.js image, you just need to type “node” in the search bar, and you most probably will find this one.

So the first step is to pull the image from the Docker Hub, as shown below:

Then you need to set up a basic Node app. Create a file called node-test.js, and let’s do a simple HTTP request using JSON Placeholder. The following snippet will fetch a Todo and print the title:

I wanted to avoid using external dependencies like node-fetch or axios to keep the focus of the example just on Node and not in the dependencies manager.

Let’s see how to run a single file using the Node image and explain the docker run flags:

The output of running the previous command should be: The title is "delectus aut autem".

Since this post is focused on front-end developers, let’s run a React application in Docker!

Let’s start with a base project. For that, I recommend using the create-react-app CLI, but you can use whatever project you have at hand; the process will be the same.

You should be able to see the homepage of the create-react-app project. Then, let’s introduce a new concept, the Dockerfile.

In essence, a Dockerfile is a simple text file with instructions on how to build your Docker images. In this file, you’d normally specify the image you want to use, which files will be inside, and whether you need to execute some commands before building.

Let’s now create a file inside the root of the react-test project. Name this Dockerfile, and write the following:

When working in yarn projects, the recommendation is to remove the node_modules from the /app and move it to root. This is to take advantage of the cache that yarn provides. Therefore, you can freely do rm -rf node_modules/ inside your React application.

After that, you can build a new image given the above Dockerfile, which will run the commands defined step by step.

To check if the Docker image is available, you can run docker image ls.

Now it’s time to run the container by using the command you used in the previous examples: docker run.

Be aware of the -it flag, which, after you run the command, will give you a prompt inside the container. Here, you can run the same commands as in your local environment, e.g., yarn start or yarn build.

To quit the container, just type exit, but remember that the changes you make in the container won’t remain when you restart it. In case you want to keep the changes to the container in your file system, you can use the -v flag and mount the current directory into /app.

After the command is finished, you can check that you now have a /build folder inside your local project.

This has been an amazing journey into the fundamentals of how Docker works. For more advanced concepts, or to cement your understanding of the discussed concepts in this article, I advise you to check out the references linked below.