A developer’s intro to OptionRoom 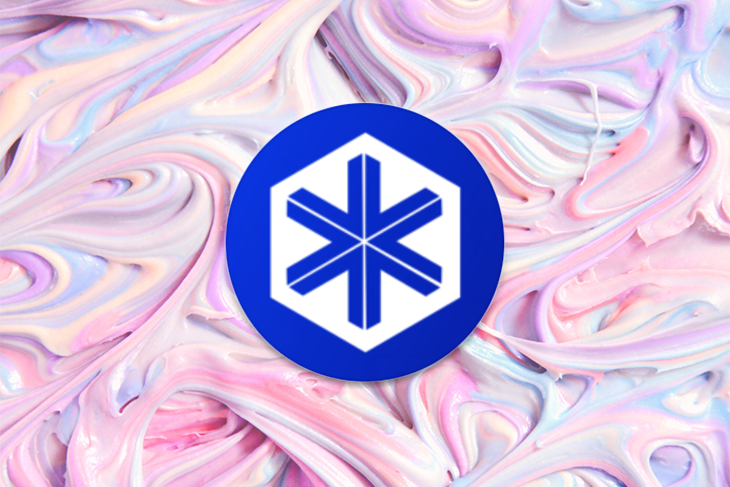 OptionRoom is a user-governed oracle and forecast protocol that enables users to carry out transactions, predict outcomes of events, and exercise their voting powers on the blockchain. The protocol’s varied features lend it to multiple use cases such as prediction markets, decentralized polls, dispute resolution, decentralized surveys, and curated lists.

This article will explore OptionRoom’s architecture and its most unique features: oracle-as-a-service (OaaS) and the forecast protocol. We’ll also discuss a potential future feature, and we’ll review how to get OptionRoom tokens.

Imagine that the blockchain is divided into three layer protocols, as illustrated in the below diagram. Layer 0 is the network (such as Polkadot); layer 1 consists of the platform (blockchains, sidechains, and consensus mechanisms like OptionRoom, Ethereum, Solana, and Algorand); and layer 2 consists of layer-2 protocols, name services, oracles, channels, and wallets.

Using this model, OptionRoom is a layer 1 protocol built on Polkadot (layer 0) with dual tokens (layer 2).

OptionRoom provides a decentralized blockchain protocol where oracle requests are solved by users. The OptionRoom protocol creates a system for increased peer-to-peer interaction on the blockchain, providing voting rights and rewarding user participation at the same time.

It provides a forecast protocol that can help users to predict the outcome of actual events, such as games, soccer matches, and political events, all in real time. For example, in the 2020 US presidential election, binary choices were offered for each candidate. Those who accurately predicted the election’s winner were rewarded, while those who did not lost their investments.

Here are some of OptionRoom’s features:

By far, the protocol’s most unique feature is its ability to provide human-like insights to blockchain users. This feature is derived from OaaS and the forecast protocol. Let’s take a closer look at both.

Oracle is a trusted third-party data source that brings off-chain data on-chain. Oracle services provide both qualitative and quantitative solutions for each request and helps balance out the inequalities between the real world market and the cryptocurrency markets. Oracle services enable users to speculate on an unlimited number of markets, introducing a more human-based approach to market activity.

OaaS also delivers external data to blockchain smart contracts. OptionRoom allows users to make requests on oracle by making payments with ROOM tokens. These tokens are then given as rewards to those who solve the requests.

The oracle request creator sets a confidence threshold in the form of the minimum number of voting participants, a minimum number of votes, and a percentage vote threshold. Governance participants with staked COURT and voting rights participate in trying to solve these requests. Those with winning votes are rewarded based on their voting weight. Those with losing votes are taxed a percentage of staked COURT and their authenticity score is reset.

The forecast protocol enables OptionRoom users to create smart contracts on Polkadot by paying a contract deployment fee. Upon payment, users can participate in the protocol by owning a share in the smart contract for predictive real-world events.

Forecast protocol requires the user to input a string option (“yes” or “no”) for each answer. The user also inputs a market expiry date (the period when the market bidding will expire and bidding will cease) and a lock timer (to fix the period for which the market or bidding lasts).

Here’s how the Forecast protocol works:

APIs simplify the development of complex functionality for websites or apps. They also enable developers to easily pull-in or share data, like using a crypto API to see real-time crypto data.

In this way, they can help make a website or application more engaging for users. OptionRoom does not currently provide APIs on the oracle service; however, a plan for an OptionRoom OaaS API is in the works.

OptionRoom recently partnered with API3. The collaboration is designed to provide access to oracle services over an Airnode-enabled API endpoint and allow for easy cross blockchain usage.

API3 and OptionRoom will also use OptionRoom as a dispute resolution and arbitration platform for any future Polkadot-based API3 Sub-DAO. This will allow developers to access subjective data across multiple chains on OptionRoom and help in the creation of new use cases. In addition, API3 provides trustworthy decentralized APIs that help developers carry out safe blockchain transactions.

OaaS offers nearly endless possibilities for developers. For example, oracle services can provide a base for creating decentralized hybrid protocols that will minimize volatility in the cryptocurrency space. OaaS can also plug into external platforms to provide protocols with a decentralized data source and verification solution.

Smart contracts will be provided with transparent, securely stored data that can be used to verify and validate market information. Developers will be able to use the OaaS APIs to safely transmit sensitive data between applications and monitor blockchain transactions, while ensuring market security.

Another significant function of OaaS on the OptionRoom protocol is the user governance that it provides: voting based on a yes or no string and an authenticity score. Developers will be able to use the OaaS APIs to settle disputes based on voting and authenticity as well as for authenticity score monitoring.

How to get OptionRoom tokens

OptionRoom offers two types of tokens: ROOM and Court. To buy ROOM tokens on an exchange platform like Gate.io, Pancake Swap (Version 2), Hotbit, AscendEK (Bitmax) or Dodo (Ethereum), all you need is account registration and a wallet address.

The score tops out at 100 after 100 days, with a score of 100 being equivalent to an estimated 650,000 blocks. The COURT token gives the holder the option to cast votes on multiple proposals. Those that accurately predict the winner are rewarded in the form of tokens. Those who do not accurately forecast the winner, relinquish half of their tokens and have their authenticity score reset to zero.

OptionRoom tokens can also be acquired through the protocol’s reward system. OptionRoom divides physical time into epochs that each protocol runs in. Epochs are typically 6,500 blocks for a day, rewarded at a rate of 54,794 ROOM tokens per epoch.

When a user creates an oracle request, users who solve it will receive a token reward based on their voting power and the total voting weight of the request. Users can earn ROOM tokens by spending time using forecast protocol and by providing solutions on additional oracle requests.

OptionRoom cultivates a collaborative atmosphere, encouraging and rewarding users who create markets, vote, or participate in other ways. There are also airdrops and available bounties for the ROOM token, increasing awareness and interest in OptionRoom for developers and non-developers alike. OptionRoom has multiple applications in different sectors: technology, messaging, cryptocurrency, and finance.

By far, the protocol’s most unique feature is its ability to provide human-like insights to blockchain users. OptionRoom’s oracle-as-a-service and forecast protocol features bring off-chain data on-chain, with interesting implications for forecasting and predictive analysis.

To learn more about the OptionRoom protocol, read the company’s latest updates.