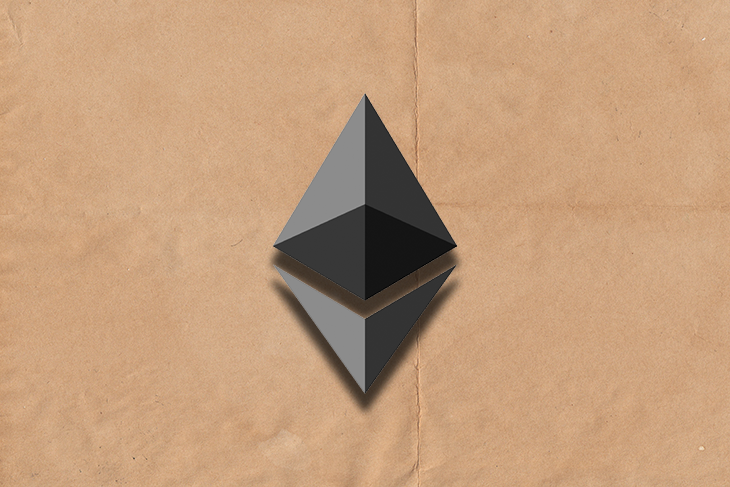 One key aspect to remember when writing smart contracts is to keep it simple, as added complexity increases the likelihood of errors. Simplicity in smart contract design is effective in instances where the smart contract system performs a limited set of functions for a predefined period of time. The use of prewritten tools is encouraged (e.g., creating a random number generator), and OpenZeppelin’s Solidity library provides patterns that enable the reusability of secure code.

The security audit of a contract has to start from the development stage, adding new, thorough tests when new attack vectors are discovered. There are pitfalls that have to be considered when programming smart contracts on the Ethereum blockchain, such as how timestamps can be imprecise, with miners influencing the execution time of a transaction. External smart contract calls have to be extremely vetted, as malicious code can be executed and control flow can be changed.

In this article, we’ll go through a step-by-step guide to auditing smart contracts. We’ll cover two important points: the necessary steps to audit a smart contract and generate documentation, as well as common attack vectors on the Ethereum blockchain.

First, we’ll audit a smart contract for bulk-uploading NFTs. A key component of auditing smart contracts is the process of investigating aspects of the code to find bugs, vulnerabilities, and risks before deployment to the Ethereum mainnet.

Structure of a smart contract audit

A smart contract audit report is expected to contain a variety of items, listed below, including details about identified vulnerabilities, a disclaimer, and suggested remediations.

The code we’re evaluating can be seen below and is also located in this GitHub gist.

The project contains only one file, NftUpload.sol, composed of 114 lines of code written in Solidity. Relevant functions and state variables are commented on based on the natspec documentation.

The purpose of this smart contract is to enable the mass deployment of NFT tokens to the Opensea network.

This contract implements the call.value in the withdraw function, which can be called recursively to extract the Ether stored on the contract. This poses a medium-level vulnerability if the contract was interacting with untrusted smart contracts and can be prevented by updating the balance of the sender before sending the Ether.

The best practice is to implement transfer() instead of call.value(). There’s no risk of reentrancy attacks using this since the transfer function only allows the use of 23,000 gas and can only be used for an event to log data and throw on failure.

A short address attack affects ERC-20 tokens. In this, the service preparing the data for token transfers assumes that users will input 20-byte-long addresses, but the length of the addresses is not actually checked.

The next step in this attack is finding an exchange wallet that contains 256,000 tokens. The attacker buys 1,000 tokens by removing the last zero from the wallet address. Then, a request for withdrawal of 1,000 tokens is created using the generated address.

The audited contract isn’t vulnerable to this attack, as it’s not an ERC-20 token.

No critical vulnerabilities were identified in this contract. On line 139, the call.value should be replaced with the transfer() function to prevent reentrancy attacks. Additionally, a specific line-by-line inspection is below:

See line 12 below. A version pragma is specified from which the compiler knows the version of Solidity:

Next, we’ll look at line 45. To maximize resources, the loop should be taken out and minting should be done only after deployment is complete:

On line 66, add error messages to the require statement to pinpoint which mint reverts:

Finally, on line 77, an extra mapping should be added, (uint256 => boolean) isTokenFullyMinted to perform pseudo-minting to check that tokens have been minted:

The code is clear and well commented. The mechanism to deploy and mint is quite simple and shouldn’t bring major issues.

My final recommendation is to pay more attention to the visibility of the functions and look into implementing the ERC-721 extension for bulk minting.

In the words of George Santayana, “To know your future you must know your past.” I bring up this quote to highlight that one of the best ways to prevent attacks on a smart contract is to be aware of existing attacks. The SWC registry provides a collection of classifications that contain a list of known attacks to date. The SWC registry provides an SWC identifier (ID), title, and list of code-related samples.

There are common attack factors that a smart contract auditor must look into, such as access control issues, integer overflows and underflows, and reentrancy vulnerabilities (for DApps written in Solidity). 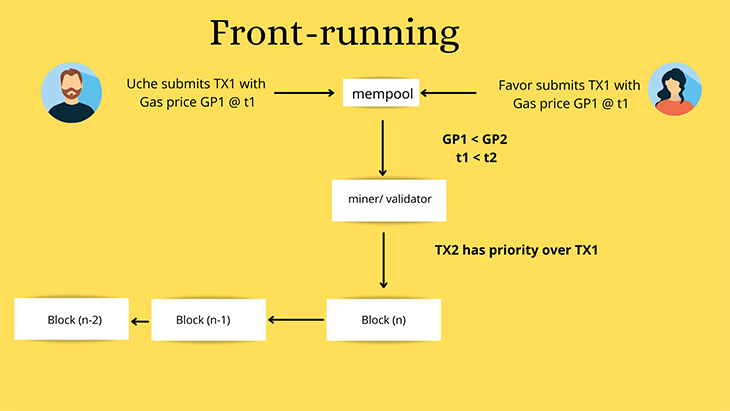 What is a sandwich attack?

A sandwich attack is a front-running technique and common attack vector on decentralized exchanges running the automated market maker mechanism. In a sandwich attack, the predator finds a pending transaction on the blockchain P2P network and attempts to surround the transaction by placing one order before the transaction (front-running) and one order after it (back-running). The goal of this attack is to manipulate the price of an asset as a result of buying and selling.

Sandwich attacks are possible because all blockchain transactions can be openly observed in the mempool. Once the attack bot notices a pending transaction of a victim exchanging asset X for asset Y, the victim is front-run by buying asset Y.

Once the transaction is identified, the bot initiates a transaction, sets a higher gas fee, and successfully jumps ahead of the user’s normal transaction under the gas competition mechanism. The bot immediately launches another sell trade, completed after the victim’s normal trade.

As a developer working on smart contracts in the DeFi sector, one potential solution to protect users from sandwich attacks is to deal with the transaction openness of the blockchain by encrypting information so that bots can’t process it.

There are currently proposals to use zk-SNARKs, a zero-knowledge-proof technique, to achieve encryption. This strategy is not mature enough yet but is being actively discussed in the community.

Smart contract audits are especially necessary for DApps. A project having a smart contract isn’t an indication of value, but it is of great importance. I encourage developers to continue learning and improving knowledge of latest updates when it comes to contract security and best practices.

David Ekanem Follow In love with technology and discussions around technology.
« How to deploy smart contracts on IOTA
Comparing the best Node.js unit testing frameworks »