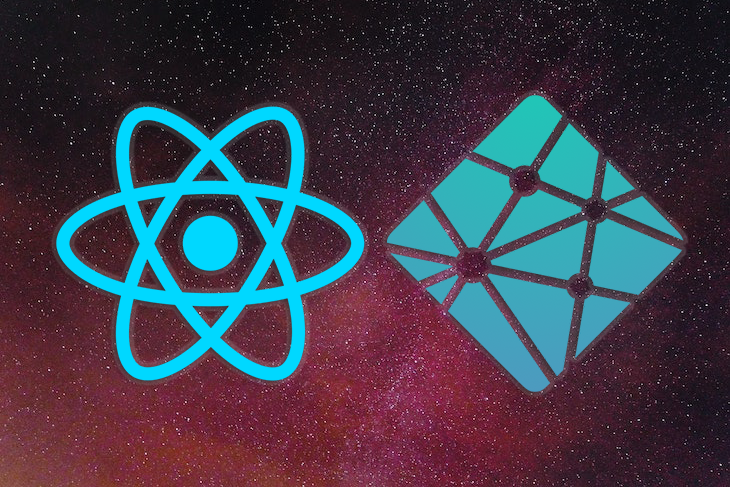 Editor’s note: This article was last updated 14 October 2022 to include additional setup commands.

Netlify prides itself on being the fastest way to build amazing sites, and it can be a serious boon to your productivity. Netlify has easily worked its way into the hearts and minds of many developers; some even consider it to be the best thing that’s happened to them when it comes to software development and deployment. Netlify has a popular tagline that can serve as an anchor for this tutorial, “just git push to deploy worldwide”.

In this tutorial, we’ll take an in-depth look at deploying React apps using Netlify, exploring three different approaches. To follow along with this tutorial, you’ll need a working knowledge of the following:

Aside from the fact that most of its features are absolutely free, Netlify also eases deployments by providing the following:

Preparing your React application for deployment

There are three common ways to deploy applications to Netlify. Before we dive into the specifics of each method, let’s cover some generic steps that apply across all the different deployment methods.

React is an open source frontend JavaScript library for building user interfaces and UI components. To get started with creating a React app, we’ll use the Create React app library to create an app called test-netlify-deployment.

In the terminal, run the following command:

The command above installs all the packages required to create a simple React application as well as some static files, giving us a base to work with. For this tutorial, we’ll deploy the sample app as is, but please feel free to make as many changes as you want to your sample application.

Next, we’ll create a build of our application in a production-ready build folder by running the command below:

The command above generates a build folder that represents a minified version of the entire application, containing everything we would need to deploy the application. Now that our React app is ready to be deployed, we can push the app to our version control of choice. In this case, I’ll choose GitHub.

Create a GitHub repository with any name you want. Then, we’ll push our React app to the GitHub repo as shown in the image below; feel free to check out my sample repo:

Now that we’re done setting up our example application, we can dive into the different methods available for deploying our app to Netlify.

For developers who would rather deploy and configure applications manually than use the command line terminal, the Netlify UI is the best option.

After authorizing Netlify Auth, we are redirected to our GitHub teams page. We’ll need to create a new site from Git, as shown below:

After selecting the repository where the React application is hosted and choosing the deployment branch from the step above, we specify the basic build settings required to deploy the site. For applications created with Create React App, these fields should be pre-populated.

Once you’ve specified the build settings, click on the Deploy Site button, and voila! We’ll see the site deployment in progress. Upon successful deployment, we can preview our site with the test domain it returns:

Once we’ve previewed our React app deployment and feel good about how it looks, we can configure a proper domain to serve our application. In the Deploys tab, we see details of our site deployment, where we register the subdomain we’d like to use for our React application.

If we want to use a preregistered domain, Netlify will want us to verify that the domain is ours. We’ll click on set up a custom domain from the image above, prompting us to verify our custom domain before Netlify can configure it:

Once our domain is successfully verified, we can access our application on the configured domain.

To connect your GitHub account to your Netlify account, you can follow the same steps from above. However, you’ll see that in this instance, we are greeted with a blank page as shown below. We refer to this as the online app feature. We won’t create a new site from Git like we did in the first method:

Since our React app is up-to-date with a build folder, we just have to drag the build folder into the blank space above, which is otherwise known as the online app. Netlify handles the deployment for us.

The Netlify CLI method is for developers who are more comfortable running deployments from the command line terminal instead of using the UI or the drag and drop feature.

Installing the Netlify CLI is quick and easy; just run the command below:

After installing the CLI, we navigate to our working directory and run the following commands to authorize our Netlify CLI against the Netlify account:

Now that the CLI has adequate permissions to access the Netlify account, we can go ahead and deploy the application.

There are a few command line prompts that we’ll want to go through together. You can navigate the prompts by using the arrow keys on your device.

Prompt 1: This folder isn't linked to a site yet

After authorizing the app, the first prompt asks if we want to deploy this application to a pre-existing site or to a new site. In this case, we’re deploying to a new site, so we select Create & configure a new site.

In the second prompt, you could either decide to configure the site details or to leave it blank so that Netlify gives you a random name. Whatever option you choose, you can always update it later:

From the image above, we can see how Netlify easily generates a custom domain URL from the site name. However, even though we have a URL, we’re not done with the deployment just yet.

Since we’re running the netlify deploy command in our React app’s working directory, our deployment path is our build folder. As a result, we’ll need to specify the path to our build directory in response to the prompt. Only the build folder contains the production-ready files needed to deploy the application:

Now, we have a URL that we can test with.

If the URL redirects to a webpage that throws a Page not found error, the issue has to do with an incorrect build file. Run the netlify deploy command again and update the build file accordingly. If everything looks good on your draft URL, deploy it to your main site URL with the --prod flag.

After testing with the website draft URL, we can take our application live by running the command below from our output above:

Once again, we’re required to specify the deploy path, which is the path to our build directory. After successful deployment, we’ll get an updated website URL:

Now, we can access our React application from the Live URL.

Deploying React apps and other applications with Netlify is a seamless process, owing largely to the platform’s easy-to-use features.

Once you choose your preferred deployment method and meet the requirements, i.e., installing the CLI, you can typically deploy your app to Netlify in under 60 seconds.

I hope you’ve enjoyed creating and deploying a React application with me. Let me know in the comment section if you run into any issues or errors. Happy coding!