Mario Zupan Follow I'm a software developer originally from Graz but living in Vienna, Austria. I previously worked as a fullstack web developer before quitting my job to work as a freelancer and explore open source. Currently, I work at Netconomy.

Concurrent programming in Rust with Crossbeam 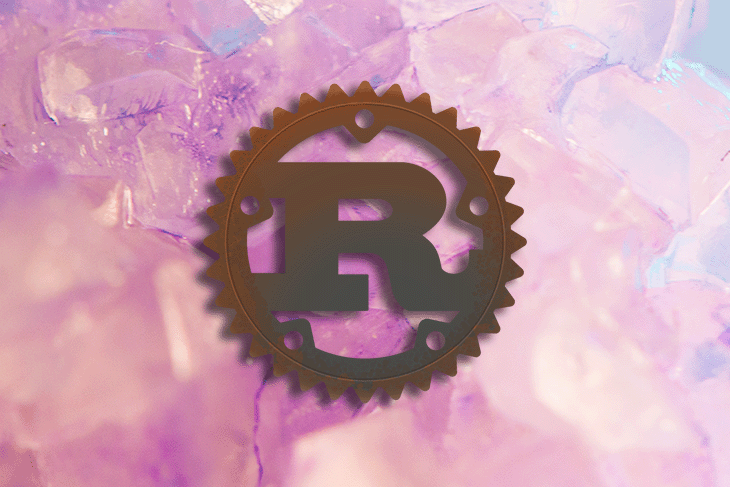 This fantastic blog post by Aaron Turon introduced Crossbeam in 2015 and offers some great insight into the challenges that arise with lock-free programming with Rust; if you have the time, I definitely recommend giving it a read.

The TL;DR of this is that it’s possible to build efficient lock-free data structures with Rust, but you actually need to build a memory-reclamation mechanism — much like a garbage collector.

In the case outlined in the blog above, Turon implemented an epoch-based memory management API, which can be used as a basis to build lock-free data structures in Rust

This epoch-based memory-reclamation mechanism is also part of the library — it is well-documented if you would like to learn more.

If you’re not too familiar with lock-free programming, you can check out this great introduction.

In this post, we will look at a part of Crossbeam’s API and implement some simple examples, showcasing how it can be used and why it’s a great tool to have.

If you’re interested in checking out the whole API to go more in-depth about the different concurrent-programming tools within Crossbeam, you can also check out the docs.

To follow along, all you need is a recent Rust installation (the latest version at the time of writing is 1.64.0).

Next, edit the Cargo.toml file and add the dependencies you’ll need:

N.B., Crossbeam and rand are all we will need for the upcoming examples 🙂

We’ll start with AtomicCell, a thread-safe implementation of Rust’s Cell.

Cell is a mutable memory location — as is AtomicCell — the difference is that it’s thread-safe, so multiple threads can access and mutate the memory location at the same time without data races.

We can test this by spawning threads — in some, we can also load and print the value in AtomicCell, and, in others, increment and print it. Once the threads are finished, the result always needs to be the same.

First, let’s define a run_thread helper, which takes an Arc (a thread-safe, reference-counted smart pointer) containing the AtomicCell. Our mutable memory location, the number of the thread, and whether it should store something should be defined.

With that, we can now create our AtomicCell and initialize it with the number 12. Then, we put it into an Arc, so we can share it between threads, spawn threads using run_thread, and then wait for the threads to finish.

If you run this using cargo run (repeatedly), the result will always be the same:

AtomicCell is not something you should expect to use a lot in application code, but it’s a very useful tool for building concurrent-programming primitives that deal with mutable state.

The next piece of Crossbeam’s API we’ll look at is ArrayQueue.

As the name suggests, this is a thread-safe queue. In particular, it’s a bounded (i.e., limited buffer), multi-producer, multi-consumer queue.

To see it in action, we can create a number of producer and consumer threads, which will push and pop values into and from the queue — at the end, we should expect consistent results.

To achieve this, we must first create two helper functions for creating producer and consumer threads:

We pass an ArrayQueue packaged inside of an Arc into the helper and, within it, start a thread which, in a small loop, pushes to (for producers) and pops from (for consumers) the queue.

Then, after initializing the bounded queue, we put it into an Arc, spawn our producers and consumers, and then wait for the threads to finish.

N.B., we limit it to a buffer of 100 entries; this means that pushing to the queue can actually fail if the queue is full

If we check out the results, we can see, regardless of the ordering, that the results are consistent and the queue is actually thread-safe:

ArrayQueue, similar to AtomicCell, is something that will mostly be useful within abstractions for concurrency, rather than actual application code.

If you have a use case for which you need a queue data structure that’s thread-safe, Crossbeam has you covered! There are also two other queue implementations worth noting: deque and SegQueue, which you can check out here.

Channels, a concept you might know from other languages such as Go, are implemented in a multi-producer, multi-consumer manner in Crossbeam.

Channels are usually used for cross-thread communication — or, in the case of Go, cross-goroutine communication.

For example, with channels, you can implement a CSP — communicating sequential processes for the coordination of concurrent processes.

To see Crossbeam channels in action, we will again spawn producer and consumer threads.

However, this time, the producers will each send 1,000 values into the channel and the consumers will simply take values from it and process them — if there are no senders left, all threads will finish.

To achieve this, we need to write two helper functions for creating the producer and consumer threads:

Similar to the above, the producer thread simply pushes values into the channel. However, the consumer thread, in an endless loop, tries to receive from the channel and, if it gets an error (which happens if all senders are dropped), then it prints the number of processed messages for the thread.

To put this all together, we created an unbounded channel, getting a Sender and a Receiver back, which can be cloned and shared between threads (there are also bounded channels with a limited buffer size). We then spawned our producers and consumers and left it to be run.

We also dropped the initial Sender using drop(s). Since we rely on the consumer threads running into the error condition when all Senders are dropped and we clone the Sender into each thread, we need to remove the initial Sender reference; otherwise, the consumers will simply block forever in an endless loop.

If we run this repeatedly, the number of messages each thread processes will vary, but the overall amount will always add up to 4,000, meaning that all events sent to the channels have been processed.

Wait groups are a very useful concept for cases when you have to do concurrent processing and must wait until it’s all finished. For example; to wait for all the data to be collected from different sources in parallel and then waiting for each request to finish, before aggregating it and moving on in the computation process.

The idea is to create a WaitGroup and then, for each concurrent process, clone it (internally, it simply increases a counter) and wait for all wait groups to be dropped (i.e., the counter is back to 0). That way, in a thread-safe way, we can guarantee that all threads have finished.

To showcase this, we’ll create a helper called do_work, which generates a random number, sleeps for that amount of milliseconds, then does some basic calculations, sleeps again, and finishes.

This is just so we actually have our threads doing something, which takes a different amount of time for each thread.

Then, with our WaitGroup created, we create a number of threads — 50 in this case — and clone the WaitGroup for each of the threads, dropping it inside the thread again.

Afterward, we wait for the WaitGroup, which will block until all WaitGroup clones have been dropped — and thus all threads have finished.

If we run this, we can see that our code consistently waits for all of our 50 threads, no matter how long they take to complete.

That’s it! The full example code can be found on my GitHub account.

In this article, we looked at some parts of the powerful Crossbeam library, which is an absolute staple in Rust when it comes to concurrent programming.

Crossbeam has more useful tools and abstractions to offer, and if you’re interested in checking them out, feel free to scour the fantastic docs.

Mario Zupan Follow I'm a software developer originally from Graz but living in Vienna, Austria. I previously worked as a fullstack web developer before quitting my job to work as a freelancer and explore open source. Currently, I work at Netconomy.
« 5 keys to Lean UX and principle-driven design
A guide to React design patterns »