Levi Vaguez Follow An enthusiastic writer and a reader who loves to explore new pastures. I began my journey as a Ruby on Rails developer but decided to pursue my love for writing even more.

Kotlin vs. Java for Android development 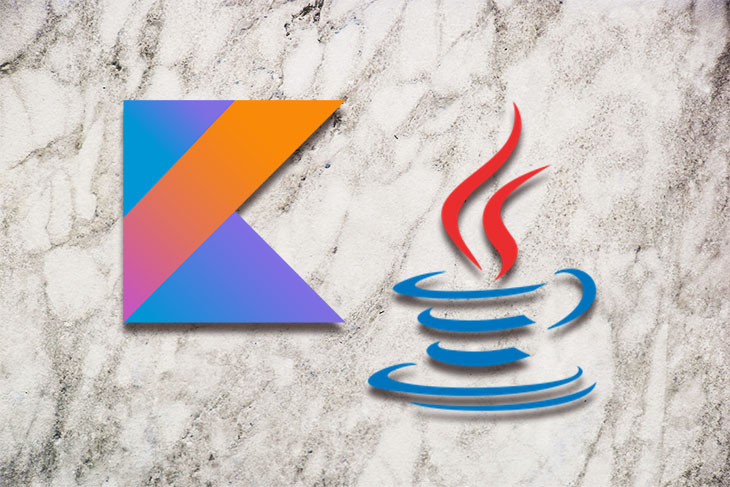 Android applications have become an integral part of our daily lives. Businesses are now using them as an effective medium to communicate with their audience. However, selecting the best programming language for Android development is a herculean task.

Developers were comfortable with Java until Kotlin made its majestic entry. Now, someone who enters the world of Android development faces a dilemma: Should I use Kotlin or Java?

In this article, I’ll compare Kotlin and Java to help you make an informed decision.

Java is a simple, powerful, and robust object-oriented programming language suited for various purposes like Android apps, web apps, server apps, embedded systems, big data and more. The language was released in 1995 by Sun Microsystems, which is now a property of Oracle, and most elements are available in open source.

A major share of Android and its apps are based on Java, which is now the third most popular language on GitHub.

A team from JetBrains introduced Kotlin to the world of development intending to make coding in Java more productive, but it soon became its own official programming language in 2018. Kotlin is a programming language that runs on a Java virtual machine (JVM), can be compiled into JavaScript, and run in browsers. An Android developer can code on Kotlin/Native and use IDE to build cross-platform apps.

Kotlin and Java provide almost the same speed for coding.

However, Kotlin has more laconic constructions, which allow a developer to type less. Finding a solution to a task requires more time than with Java, which means that the language has a higher cognitive load. For an abstract thinker, Kotlin is an ideal choice.

Java has more coding processes than Kotlin. Because of this, a coder needs to spend less time thinking of a solution.

As the difference in coding speed between these languages is not sizable, the verdict for Kotlin vs Java on this segment is a draw.

As both Kotlin and Java compile to ByteCode (which runs on JVM) it is a daunting task to compare them when it comes to memory usage. Hence, measuring, tracking, and comparing their performance is hard.

Kotlin is more functional than Java, due to its extra features. It is also easier to work with multithreading apps due to Kotlin’s Coroutines tool. Yet, the language compiles and executes a little slower than Java, which is mainly due to the extensive number of features.

On the other hand, Java is simple, and has fewer extra features than Kotlin, thus compiling faster.

As the difference is slight, the battle of Kotlin vs Java based on performance is also a draw.

Stability is one parameter where we can find a notable difference between the languages.

Java is a programming language that has been in the development scenario for quite a long time. The language provides long-term support for versions like Java 8 and Java 11, which means that if anything goes wrong with these versions, developers will fix it with a patch. A coder can download various versions of Java with a free license.

Though Kotlin is also an established language, it is still younger than Java. The language has no versions with long-term support. Though both Java and Kotlin are considered stable languages, Java ultimately wins the battle of stability.

Though both languages have plenty of documentation to learn, it is easier to find a tutorial or a book for Java as it has been in use for a longer time. Java is often considered to be the most straightforward programming language to learn, and one can find official documentation from Oracle.

On the other hand, though a comparatively young language, I believe Kotlin’s official documentation is sufficient to learn how to work with it, so this battle too ends in a draw.

According to Google Trends, Java tickles the interest of developers more than Kotlin. Though Java has gone through a few ups and downs, the popularity of the language stays ahead of Kotlin by a long distance.

One of the major reasons for this is the longer life of Java. Java’s need for fewer cognitive investments in learning is also another crucial reason.

Because of this, the battle for popularity goes to Java.

A distinct part of the developer community of Java comes from India. India has a large population of junior developers and Java is quite simple to learn, so many begin learning with Java. This trend extends beyond India as well, with junior developers across the world beginning their education with Java. As the Java community is greater than Kotlin, it wins this battle.

According to the latest Dev Survey by StackOverflow, Kotlin is one of the most popular technologies, with around 8% of professional developers choosing this language. Though ranking high in Google Trends, Java failed to make it in the list.

You will notice, however, that although Java is on the list of the most-loved technologies with around 44.1% of developers who “expressed interest in continuing to develop with it,” Kotlin stays ahead with 62.9% adoring the language.

Incidentally, Kotlin brings more money to the coders with a revenue of $55K per year, when compared to $50K for Java.

Hence, Kotlin wins the battle of the talent pool.

Though Java and Kotlin both have ample documentation, the former has a smoother learning curve. Java requires writing more code than Kotlin to resolve a task, but the programming language has been in the development scenario for a longer amount of time and has a stronger community, so a beginner can find necessary documentation and help more easily.

Kotlin, on the other hand, requires more cognitive investments in learning than Java. However, it requires less code overall, making it apt for experienced developers or visual learners.

The battle of Kotlin vs Java for the learning curve goes to the latter.

Picking sides in the battle between Kotlin vs Java is hard. Though the languages are similar, they are suited for different tasks.

On one side, Java is a universal language. Though primarily the language was used for developing Android applications, it’s found its way to becoming an ideal choice for big data, ecommerce, and enterprise systems. Companies like Netflix, AppleTV, Hybris, and ATG all use this technology.

On the other hand, Kotlin is a better choice for developing modern-day Android apps. Almost every app in the Google Play store is based on Kotlin, which serves as a base for writing microservices. Companies like Pinterest, Trello, Coursera, and Evernote use Kotlin.

In the end, the choice of the language depends upon the developer. If you are a beginner, go for Java. If you are a cognitive thinker who prefers to write less code, Kotlin is the ideal choice.

Levi Vaguez Follow An enthusiastic writer and a reader who loves to explore new pastures. I began my journey as a Ruby on Rails developer but decided to pursue my love for writing even more.
« Flutter state management methods: An overview
Understanding computed properties in Vue.js »