Amarachi Amaechi Follow I am a frontend developer with a passion for designing clean and intuitive applications for the web and an eye for design with a user-driven approach to development. I am also passionate about web accessibility and building communities. In my spare time, I contribute to open source projects.

Bulma vs. Tailwind CSS: Which is the better Bootstrap alternative? 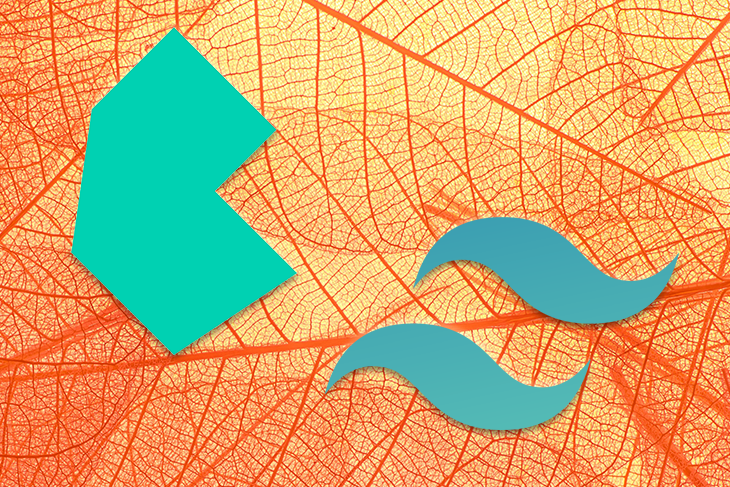 Bootstrap is an open source CSS framework that takes a mobile-first approach for responsive site development. It focuses on simplifying the entire development process to reduce time spent writing plain CSS. Developers can take advantage of Boostrap’s many classes to access templates for buttons, typography, forms, images, and icons. Simply put, Bootstrap simplifies and removes much of the tedium from web development.

Although Bootstrap is still the unrivaled king in the web development space, several alternatives have sprung up in recent years. Some of these newer frameworks are favored by developers who prioritize flexibility and speed.

In this article, we’ll take a closer look at two popular Boostrap alternatives: Bulma and Tailwind CSS. We’ll consider how these two frameworks stack up, and how each attempts to address some of Bootstrap’s shortcomings. We’ll also discuss what developers find most compelling about each of these frameworks, and what types of projects might be best suited for Bulma or Tailwind.

Bulma is a free, open source CSS framework built primarily with Sass and a Flexbox system. It offers modular columns for easy development and comes with an awesome predefined color palette to provide an ample number of design options. These colors can be used with Bulma’s rich classes for rapid UI development.

Bulma is constantly updated with new features, keeping it relevant for the latest development trends. Refer to Bulma’s documentation to learn more about this framework.

Bulma provides a bit more flexibility for customization compared to Bootstrap. in addition, its modular structure provides more control over individual projects. Unlike Bootstrap, Bulma permits users to import only the modules required for desired features, omitting any that aren’t necessary.

Tailwind may be used to create highly customized, elegant user interfaces without writing custom CSS. This framework is well documented with new additions made each year.

Tailwind has a relatively small file size (about 27kb) compared to that of Bootstrap (close to 300kb). Additionally, the overall file size of a Tailwind project can be reduced even further using purgeCSS. This tool reduces file size by inspecting the file and removing any unused CSS classes. Smaller file size is advantageous as it generally translates to faster page load speed.

Although Tailwind alone does not contain predefined components, the Tailwind UI contains ready to use components built primarily with Tailwind. These components can be used for both simple HTML projects as well as in more complex React or Vue applications.

Other than the fact that both Bulma and Tailwind are open source CSS frameworks for easy web interface development, there aren’t many similarities between the two. They both aim to simplify UI development, but each takes a fundamentally different approach toward addressing this issue.

Tailwind allows the developer to make significant decisions on how the interface should look. Meanwhile, Bulma makes most of those decisions for the developer, offering inbuilt modules to enable quick development.

Tailwind CSS is a utility-first framework that does not provide pre-built components or UI kits. Instead, developers are provided with the necessary tools to build out all components and layouts from scratch.

Bulma, on the other hand, comes with prefabricated components like other traditional CSS frameworks, including Bootstrap and MUI (formerly Material UI). Another way to think about this is that Bulma provides a ready to use template, while Tailwind provides all the tools needed for a developer to build their own template.

What developers love about Bulma

Developers who have a Bootstrap background generally find Bulma relatively easy to pick up as both follow a similar methodology. Both Bootstrap and Bulma function like rapid interface development UI kits.

Bulma is also a great option for developers who have limited experience building user interfaces. With Bulma, it’s possible to get a UI up and running with just a couple of classes. This is something that’s not easily achieved with Tailwind. Building out even the most basic interface in Tailwind necessitates a detailed, careful study of the framework’s different classes.

Bulma also offers a high level of flexibility, allowing for ease of customization on the part of the developer. This is in contrast to similar frameworks, like Bootstrap, that make customization fairly complex. This complexity is why most Bootstrap developers use the framework’s default template, and most Boostrap sites have a very similar look.

What developers love about Tailwind CSS

Most developers will agree that the ability to build out a UI without any constraint cannot be overemphasized. Unlike Bootstrap or Bulma, Tailwind does not impose design decisions on developers. This means that all UI components may be built from scratch.

Another benefit is that, despite the complexity of Tailwind’s markup file layout, developers still find it relatively easy to debug and track styling errors. Scanning the Tailwind markup file and making any necessary changes made to reflect the developer’s intent is a straightforward process.

Tailwind is ideal for projects with an already defined interface, layout, or design aesthetic. Developers can make important decisions about how each component should look with minimal constraints.

The Bulma vs. Tailwind debate is similar to the infamous React vs. Vue.js dust up. There is no obvious, clear winner. If you’re looking for a utility-first framework that permits building custom components from scratch, then you may wish to consider Tailwind. If you need to build a UI quickly and are looking for predefined components and interfaces, then you may wish to consider Bulma as your go-to framework.

Amarachi Amaechi Follow I am a frontend developer with a passion for designing clean and intuitive applications for the web and an eye for design with a user-driven approach to development. I am also passionate about web accessibility and building communities. In my spare time, I contribute to open source projects.
« Implementing WebSocket communication in Next.js
CI/CD pipelines using React, GitHub Actions, and Heroku »

2 Replies to “Bulma vs. Tailwind CSS: Which is the better Bootstrap…”