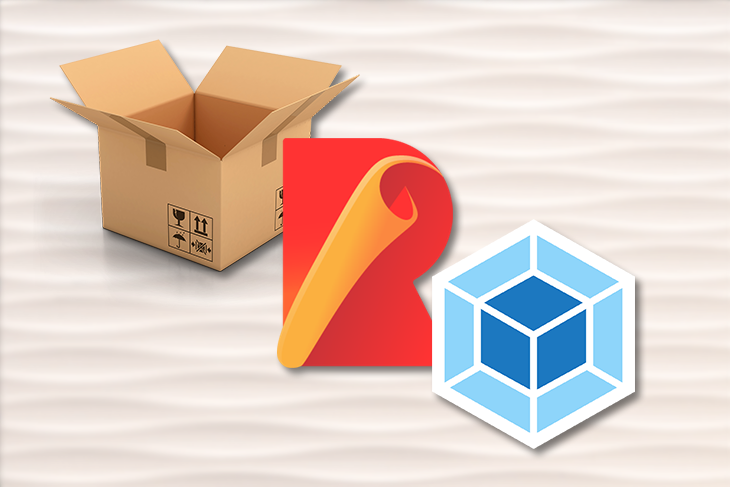 Bundlers serve as a cornerstone technology for all modern web apps — or, more specifically, all JavaScript apps. As the frontend world progressed with more client-side-rendered apps, ideas began to emerge about how to efficiently bundle our tons of JS.

Cognitively, as the number of options increase, selection becomes difficult. Here, we will analyze the tech and non-tech competencies of the top bundlers available today to make your decision easy and well informed.

For comparing technical competencies, we have picked up React Facebook Pixel as a library and a very basic React app as a sample to benchmark each of these bundlers.

This comparison is not to establish a single winner from amongst these great tools; rather, it is to help you more easily make your decision. All of these bundlers are definitely great tools managed by great people, and they are all super awesome in one way or another. To all the maintainers, contributors, sponsors, and backers, cheers 🍻

Configuring a bundle has been one of the most cursed yet most sophisticated areas in the frontend world. For small-scale applications, one might feel this should be very straightforward. Still, as the application’s size grows, we need more sophisticated configurations to keep our apps efficient and performant.

We have witnessed many debates among developers about how tedious it is to configure a modern-day tech stack for a small app. These debates and the common patterns subsequently adopted by a majority of the community have led many bundlers to offer zero-config solutions.

Though it’s claimed by almost all of these bundlers, being zero-config is not possible for any of them. It is more about being quickly configurable and keeping the configuration guides as comfortable as possible.

All of these bundlers have their reds and blues in this area. Here, we are sharing configs for generating distribution packages for React Facebook Pixel. It will give you a glimpse of how it looks like for each of these bundlers.

We didn’t need any configs for Parcel, as the default configs were enough to handle our library. Here is the command we used:

Here is my conclusion for this:

To stay competent for new and more sophisticated web apps, each of these bundlers offers all the features required by most of the modern apps.

The web.dev team recently launched a new initiative called Tooling.Report with the goal of making it easy to select the right tools for your next project by directly comparing their feature sets.

Where bundlers are concerned, the team compared them across six dimensions and 61 feature tests. This report gives us great insight into what all of these bundlers are offering. Here we have summarized the results of these tests.

By code splitting, we mean to extract common dependencies or modules in a shared bundle and ensure that only the code required for the page is downloaded and executed. Code splitting is a crucial aspect of keeping large-scale applications efficient. The web.dev team evaluated each bundler against eight criteria. The results are below.

None of these bundlers can split modules based on exports used by other bundles. But besides that, Rollup stands on top, as it passes all other tests.

To keep app load time lower, resources should be cached and reused on the client side after they have been downloaded once. To invalidate a resource’s cache, the resource name can be changed. This change can be done by associating a version identifier with the resource’s name.

Build tools can generate version identifiers based on the content of the file. If the file contents change, it will have a new version ID; otherwise, it stays the same, resulting in the client reusing the cached result.

The bundlers were compared on 10 different caching criteria.

Parcel stands on top here as it beats webpack with a really impressive feature: the bundle hashes based on the final compiled code, which means changes in comments will not impact bundle hashes.

Web apps are not just about JavaScript; they include many other resources, including rich content, fonts, serialized data, and HTML and CSS.

In recent times, we have seen JS emerge as a central point that holds and places all of these assets. Though JS doesn’t allow for importing these non-JS assets, bundlers have now made it possible. Keeping in mind the code splitting and hashing features, handling these assets becomes more complicated.

Bundlers consider applications as a graph. It handles each resource as a node connected with all other resources that it imports. This makes it easier to modify resource URLs after hashing and usage-based transformations like namespacing in CSS. For this feature category, the bundlers were compared across 16 criteria.

When it comes to handling resources, Parcel is way behind in the race. Rollup and webpack remain toe to toe as both now offer almost everything required to bundle non-JS resources.

Modern browsers now support ECMAScript Modules (ESM), but supporting older browser versions means we have to transform our JS into CommonJS. There were just three criteria for this section.

Rollup takes a lead here as neither of the others can generate ESM bundles.

A significant impetus for adopting bundlers in modern applications was the transformation of code and assets. Some of these transformations are general purpose, e.g., compression, minification, etc., while others are geared toward a specific set of assets. These transformations usually aim at supporting different versions of browsers and optimizations.

Though neither webpack nor Rollup can eliminate dead code from dynamically imported modules, these two passed all other tests, including Brotli compression support.

Web bundlers today aren’t just used for creating production builds. Rather, our day-to-day development depends heavily upon their performance. As mentioned earlier, we created a small React application to benchmark bundling speed and the size of the bundles generated.

These benchmarks were performed on:

For application development, webpack 4 is a clear winner here, with the fastest build time for both dev and prod environments. Parcel takes a big leap for library bundling in almost half the time as webpack.

As far as size is concerned, Rollup has the lead here, closely followed by Parcel v2.

Please help make this benchmark better by sharing your results in the comments section or opening an issue in our repository.

webpack has been one of the most cursed libraries for its complexity, but its documentation has improved over the past few years. A number of developers have been sharing their experiences, and many resources are available to learn about webpack’s complexities. Certain features are still undocumented, and most of them are required for real advanced use cases.

Rollup has good documentation, and there are a good number of resources available to learn it in depth. You might find some difficulty in selecting plugins, as most of them are not official. Nevertheless, it is a go-to solution for library developers, as official and active plugins are enough to cover most use cases.

Parcel v2 is still in beta, and documentation is a work in progress. Since it has set up standards for onboarding plugins, this will help as it progresses.

There isn’t much to compare when it comes to plugins. Plugins for most common use cases are available for all the bundlers, but the quality of each may vary a lot.

webpack has a large number of official plugins, which makes the selection easy and quick. Rollup has a lot of community plugins, both actively maintained and stalled. One has to put in some effort to test and decide what works best for them.

Parcel had a unique mechanism for plugins with v1, wherein you don’t have to configure plugins at all — just install them and get them running. With v2, there is a configuration setup under development and will give more power for sophisticated use cases.

Whether you’re a new or a seasoned frontend dev, you will have probably heard debates about bundlers — or joined in on some yourself. webpack is praised for its flexibility yet cursed for its complex. Rollup is considered excellent for libraries. Parcel has made a big impact and could very well be making a bigger one once v2 is out of beta.

What to select? As we said earlier, it depends upon your set of requirements. I hope this comparison will help in making the decision easier for you.

One Reply to “Benchmarking bundlers 2020: Rollup vs. Parcel vs. webpack”