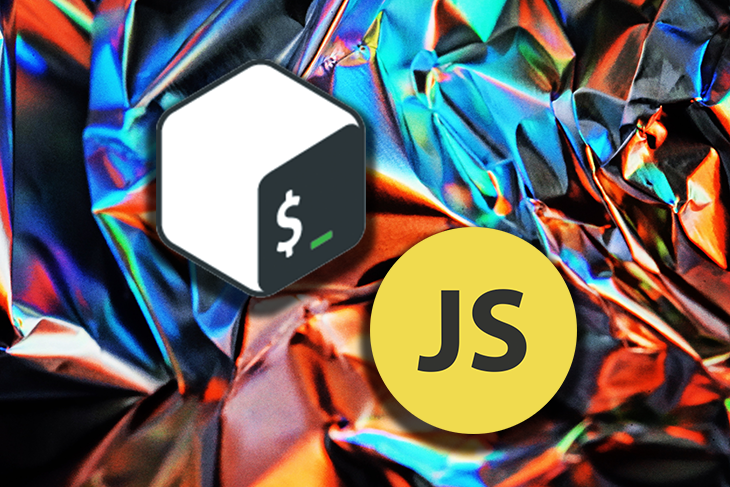 Bash is a command language that typically comes as a command-line interpreter program where users can execute commands from their terminal software. For example, we can use Ubuntu’s terminal to run Bash commands. We can also create and run Bash script files through what is known as shell scripting.

Programmers use shell scripts in many automation scenarios, such as for build processes, and CI/CD- or computer maintenance-related activities. As a full-featured command language, Bash supports pipelines, variables, functions, control statements, and basic arithmetic operations.

However, Bash is not a general purpose developer-friendly programming language. It doesn’t support OOP, structures like JSON, common data structures other than arrays, and built-in string or array manipulation methods. This means programmers often have to call separate Python or Node scripts from Bash for such requirements.

This is where the zx project comes in. zx introduced a way to write Bash-like scripts using JavaScript.

In this article, I will explain zx and teach you how to use it in your projects.

Bash is a single-pass interpreted command language initially developed by Brian Fox. Programmers often use it with the help of Unix or Unix-like commands.

Most of the time, Bash starts separate processes to perform different sub-tasks. For example, if you use the expr command for arithmetic operations, the Bash interpreter will always spawn another process.

The zx project implements a shell script executor similar to Bash but using JavaScript modules. It provides an inbuilt asynchronous JavaScript API to call other commands similar to Bash. Besides that, it provides wrapper functions for several Node.js-based command-line helpers such as chalk, minimist, fs-extra, OS, and Readline.

How does zx work?

Every zx shell script file has .mjs as the extension. All built-in functions and wrappers for third-party APIs are pre-imported. Therefore, you don’t have to use additional import statements in your JavaScript-based shell scripts.

zx accepts scripts from standard input, files, and as a URL. It imports your zx commands set as an ECMAScript module (MJS) to execute, and the command execution process uses Node.js’s child process API.

First, you need to install the zx npm package globally before you start writing zx scripts. Make sure that you have already installed Node.js v14.8.0 or higher.

Run the following command on your terminal to install the zx command line program.

Enter zx in your terminal to check whether the program was installed successfully. You will get an output like below.

The basics of zx

Let’s create a simple script to get the current branch of a Git project.

Create get_current_branch.mjs inside one of your projects, and add the following code.

The first line is the shebang line that tells the operating system’s script executor to pick up the correct interpreter. The $ is a function that executes a given command and returns its output when it’s used with the await keyword. Finally, we use console.log to display the current branch.

Run your script with the following command to get the current Git branch of your project.

It will also show every command you’ve executed because zx turns its verbose mode on by default. Update your script as below to get rid of the additional command details.

You can run the script without the zx command as well, thanks to the topmost shebang line.

zx exposes the chalk library API, too. Therefore, we can use it for coloring and formatting, as shown below.

zx provides the question function to capture user inputs from the command line interface. You can enable traditional Unix tab completion as well with the choices option.

The following script captures a filename and template from the user. After that, it scaffolds a file using the user-entered configuration. You can use the tab completion with the second question.

A parsed command-line arguments object is available as the global argv constant. The parsing is done using the minimist Node.js module.

Take a look at the following example that captures two command-line argument values.

Run the above script file as shown below to check the command line argument’s support.

Programmers often use the curl command to make HTTP requests with Bash scripts. zx offers a wrapper for the node-fetch module, and it exposes the specific module’s API as fetch. The advantage is that zx doesn’t spawn multiple processes for each network request like Bash does with curl — because the node-fetch package uses Node’s standard HTTP APIs for sending network requests.

The above zx script will download and show the content of the specific URL with the help of the node-fetch module. It doesn’t spawn a separate process like Bash’s network calls.

In shell scripting, pipelines refer to multiple sequentially-executed commands. We often use the well-known pipe character (|) inside our shell scripts to pass output from one process to another. zx offers two different approaches to build pipelines.

We can use the | character with the commands set similar to Bash scripting  —  or we can use the .pipe() chain method from zx’s built-in API. Check how pipelines are implemented in both ways in the following example script.

By default, zx uses a Bash interpreter to run commands. We can change the default shell by modifying the $.shell configuration variable. The following script uses the sh shell instead of bash.

Let’s look at an example. Download this example Markdown file from the zx GitHub, and save it as markdown.md. After that, run the following command to execute code blocks.

The zx command-line program can also run scripts from a URL. Provide a link to your zx script the same way you’d provide a filename. The following remote script will display a greeting message.

Import zx’s $ function as shown below to call the operating system’s commands from other JavaScript source files.

zx has TypeScript definitions as well, though full support has yet to come. Therefore, programmers can use all of zx’s inbuilt APIs with TypeScript. We can directly provide TypeScript files as zx files to the zx command-line program. Then, zx will transpile and execute the provided TypeScript source files.

Moreover, it is possible to use zx in your TypeScript-based web applications to execute the operating system’s commands.

Bash scripting is a great way to automate your development processes. But, when your Bash scripting becomes complex, you may have to write separate scripts with other programming languages sometimes.

The zx project provides an easy way to write Bash-like scripts with JavaScript and TypeScript. It offers Bash-like minimal APIs to give a shell-scripting feel to what we’re doing  —  even if we are writing a JavaScript source file.

However, zx is not a replacement for Bash  —  it uses a command-line interpreter (Bash by default) internally to execute commands anyway.