What you need to know about inbuilt browser HTML sanitization 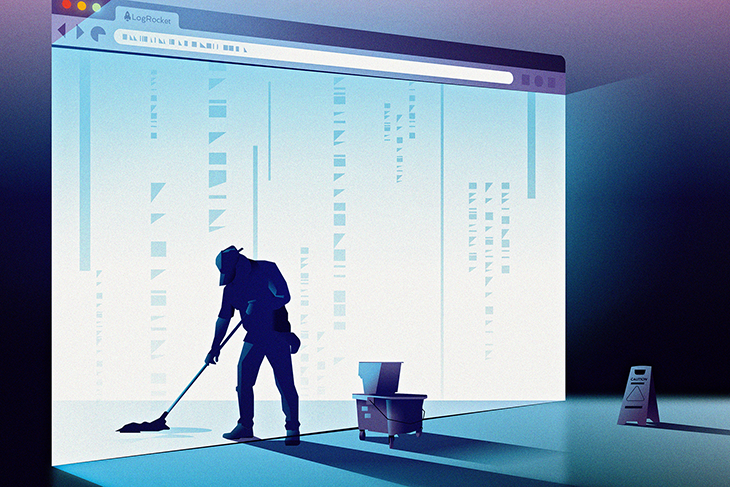 Application security is an important factor for every web application. Web developers use various strategies to improve the security layer of their web applications, such as implementing vulnerability prevention techniques.

Web application security risks typically increase when you start processing raw HTML and manipulate the DOM with untrusted content. If you are rendering HTML directly from a third-party source and the source gets affected by an internet-based threat, attackers can execute JavaScript code on your application users’ computers without your consent. These security attacks are known as XSS (cross-site scripting) attacks.

HTML sanitization is an OWASP-recommended strategy to prevent XSS vulnerabilities in web applications. HTML sanitization offers a security mechanism to remove unsafe (and potentially malicious) content from untrusted raw HTML strings before presenting them to the user.

The experimental, inbuilt browser Sanitization API helps you to insert untrusted HTML strings to your web application’s DOM in a safe way. In this article, I will discuss:

What is HTML sanitization?

Web developers tend to use the following libraries for client-side/DOM-level sanitization:

Why do we need a browser-native Sanitization API?

The HTML sanitization API is a browser feature that helps to safely add unsafe HTML strings or documents to webpages. It provides methods to sanitize existing DOM elements and get new, sanitized DOM elements from a raw HTML string.

Library-based sanitization can also be slow because the parsing happens twice — first during the library sanization process, and again during the browser DOM parsing process — when we inject safe HTML to a webpage.

The HTML Sanitization API’s goal is to mitigate DOM-level XSS attacks via the following features:

A big draw of native sanitization is that it gives us the setHTML function, which directly parses and manipulates the DOM based on sanitization rules.

Now that we know the background, features, and current development status of the sanitizer API, let’s look at the API specification that gets exposed to the JavaScript environment.

The Sanitizer class helps to create a new HTML sanitizer object for sanitization requirements. It comes with the following syntax:

However, we can customize the Sanitizer object by passing a configuration object, as shown below.

The configuration object has the following definition; note that this configuration definition may change in the future, since the API proposal is still in the web incubator.

For example, we can initiate a custom Sanitizer object to allow only basic HTML tags and inline styling, as shown below.

We can use the sanitize method to apply sanitizer rules to pre-existing DOM nodes. This function accepts a Document or DocumentFragment object and returns a sanitized DocumentFragment as the output.

We can use this method to get a sanitized element node by sending an unsafe HTML string. In other words, it returns an element type DOM node after parsing the input string according to sanitization rules.

This method is a safer, more set version of the Element.innerHTML property. The innerHTML property allows any HTML string, and is prone to XSS payloads. Hence, the setHTML method accepts a sanitizer instance and sanitizes potentially harmful HTML content before injecting new nodes into the DOM.

Experimenting with the Sanitizer API

If you are using Chrome/Chromium, you can enable the #sanitizer-api switch as follows, by navigating to the chrome://flags URL.

If you are using Mozilla Firefox, you can enable this feature via about:config, as follows.

In this tutorial, I will use Mozilla Firefox 96 to experiment with the upcoming Sanitizer API examples.

Let’s try out the sanitizer API with practical examples. I will use the JsFiddle online editor to demonstrate these examples, but you can test with your local development environment too, by creating an HTML file.

Sanitizing an unsafe HTML string and inserting to DOM

Let’s start with the basics. How can we render a safer DOM node from an unsafe HTML string with the Sanitizer API? Look at the following example code.

Here, we used the setHTML setter instead of the innerHTML property. If you inspect the DOM after running the above code, you can see that the setHTML method automatically excluded onclick before rendering child elements to the container node.

You can verify the insecurity of the innerHTML property by using the following code.

The above code injects new DOM nodes with the unsafe event handlers, as shown below.

You can get the sanitized raw HTML string by reading the innerHTML property of the sanitized DOM element, but it somewhat breaks the main goal behind the sanitizer API, which is to safely inject DOM  —  not to use the Sanitizer API as yet another sanitization library.

For example, web developers often need to render unsafe HTML strings from the internet to a WYSIWYG editor after its rendering process. As an optimized and error-free solution, we can first fetch content, apply sanitization, and then render the sanitized nodes when the editor component is fully rendered.

We can sanitize and save the result temporarily as a specific DOM node with the sanitizeFor method. Look at the following example.

iframes are helpful to add widgets and third-party webpages into our web applications, but typically come with some security issues, since we load web content from other sources (often third-party sources). Therefore, it’s undoubtedly safest to sanitize web content that gets loaded via iframes.

Earlier, we used a string as the input for the Sanitization API methods, but now, we need to sanitize pre-existing DOM nodes. To do this, we need a function that accepts HTML document fragments or documents.

Remember the sanitize method? Look at the following example.

Assume that you need to allow basic HTML tags and inline styles for a dynamic div element. We can implement a sanitizer for this requirement by using a custom configuration, as shown below.

Note that we can achieve the same output using the setHTML function, too, but I used replaceChildren instead, since Firefox’s experimental setHTML function included the img tag, even after the sanitization.

Several contributors started composing the Sanitization API proposal in 2016 in a GitHub repository. In late 2021, the API proposal reached the draft stage at the official web incubator. Nowadays, the web developer community improves the specification by suggesting various ideas — and strives to make it an official web standard.

Besides, Google Chrome/Chromium ≥ 93 and Firefox ≥ 83 provide early implementations of the Sanitizer API for web developers who are interested in testing them out now. These early implementations are not stable and are still subject to change in the future. You can see the full browser support details at CanIUse.

In this tutorial, we learned how to use the experimental Sanitizer API with some examples, and began by enabling it from the browser’s experimental features list. Even though Google Chrome/Chromium and Mozilla Firefox offer early implementations of this API specification, it is still in the W3C incubator program. In other words, the proposal’s editors may change the API specification based on the community’s suggestions and known security vulnerabilities. If you have a suggestion that improves the Sanitizer API’s structure, you can submit an issue to the Sanitizer API incubator repository on GitHub.

The Sanitizer API promises to help both frontend and framework developers. For example, React developers often tend to use the sanitize-html library and React’s dangerouslySetInnerHTML prop for rendering unsafe HTML strings to DOM.

However, if the experimental Sanitizer API becomes a browser standard, React will be able to offer a developer-friendly method (like setHTML) to sanitize and inject arbitrary HTML strings without affecting bundle size.

Frameworks that use custom HTML sanitizer implementations like Angular can reduce the framework bundle size by using the native Sanitization API. However, as mentioned before, the Sanitizer API is still experimental, so don’t use it in production systems until it becomes stable and W3C-approved.

Building a news app with Flutter

Build a full-stack app with Tetra