Anthony Campolo Follow I'm a Developer Advocate at QuickNode, a member of the RedwoodJS core team, and co-host of the FSJam Podcast.

Web3 data querying with The Graph and subgraphs 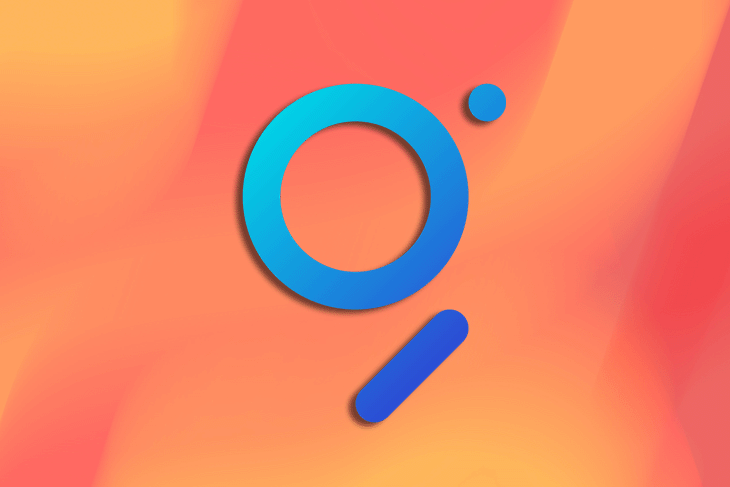 The Graph is an indexing protocol for organizing blockchain data. It uses a GraphQL API to provide easier access to on-chain information than the traditional method of sending an RPC call.

The network organizes the data with subgraphs; open-source APIs that are created by the community and are used for retrieving data from Indexers, Curators, and Delegators.

In this article, we’re going to be taking a look at how you can use The Graph and subgraphs for Web3 data querying.

Indexers operate the nodes of the network, which index data and serve the queries.

They select subgraphs to index based on the subgraph’s curation signal. Applications that consume the Indexers’ data can set parameters for which Indexers they want to process their queries, along with their preferences for query fee pricing.

They do this using Graph Curation Shares (GCS), which allow them to place the equivalent of an investment on a subgraph.

Curators stake GRT, which allows them to mint GCS. Each subgraph has a bonding curve that determines the relationship between the price of GRT and the number of shares that can be minted.

According to the Graph’s documentation, curating is considered risky and should only be performed after thoroughly researching and investigating the trade-offs involved.

Delegators secure the network by staking

Delegators stake GRT to one or more Indexers to help secure the network without having to run a node themselves.

Delegators earn portions of the Indexer’s query fees and rewards, which are dependent on the Indexer’s and Delegator’s stake, along with the price the Indexer charges for each query.

Allocating more stake to an Indexer allows more potential queries to be processed. The Graph’s documentation claims that being a Delegator carries less risk than being a Curator because they are not exposed to fluctuations in the price of GRT, due to burning shares of GCS.

The Graph is developed and maintained by The Graph Foundation. To make sure the network and larger community continue to improve, the foundation distributes grants (called Graph Grants) to community members working on protocol infrastructure, tooling, dApps, subgraphs, and community building.

There are three different ways to interact with the Graph if you are not hosting your own subgraph:

The hosted service does not require a crypto wallet and can be used with a GitHub account. The Graph Explorer and Subgraph Studio will both ask you to connect a wallet such as MetaMask or Coinbase.

Create a project on Hosted Service

After creating an account on the hosted service, click “My Dashboard” on the navigation bar to see your dashboard. 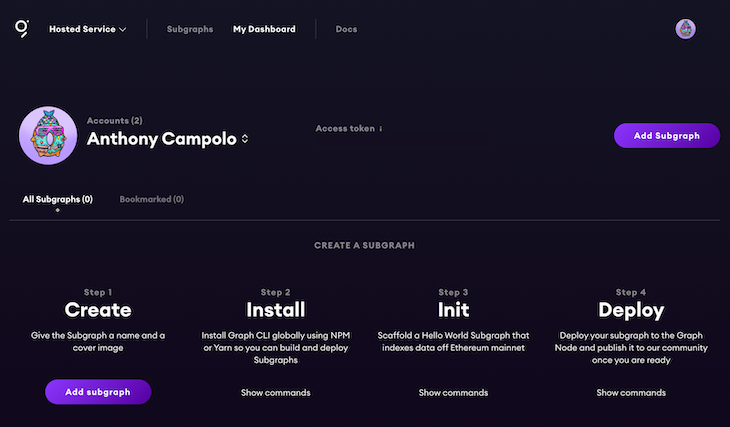 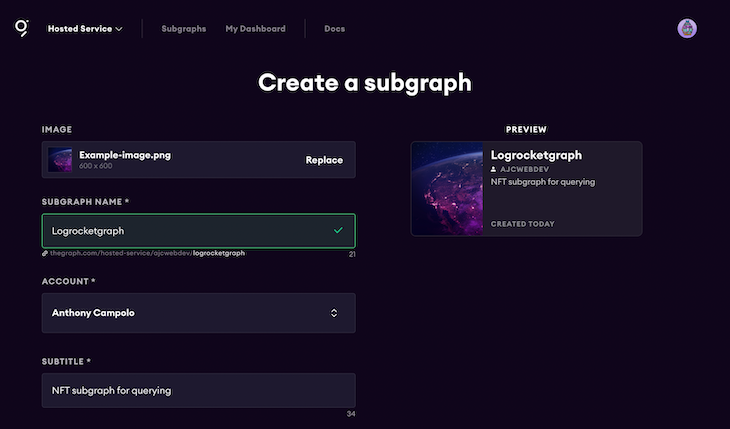 Add a name and subtitle for your subgraph. Once you’ve filled in your subgraph’s information, scroll down to the bottom of the page and click “Create subgraph”. 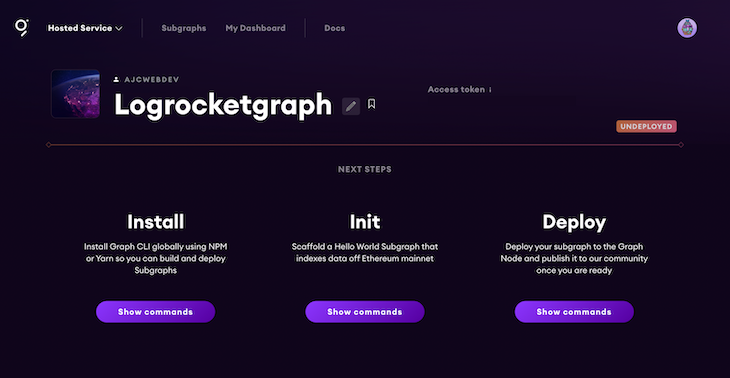 With our subgraph setup on the hosted service, we can create our project files. Create a new directory, initialize a package.json, and install dependencies.

Copy the access token available on your project dashboard on Hosted Service. Paste the token after the yarn graph auth --product hosted-service command.

Download the contract’s ABI with cURL and save it to a file called Token.json.

The Token has a name and other information such as when it was created, the content URI, and the IPFS file path. It also includes information about the creator and owner.

@derivedFrom enables reverse lookups, which means we do not store both sides of the relationship to improve indexing and query performance. For one-to-many relationships, the relationship should be stored on the “one” side with the “many” side derived from it.

The subgraph.yaml file will contain the definition of our subgraph. Start with the version of the specification used and a file path to the entity types in schema.graphql.

Next is the network containing our data sources. dataSources.source needs the address and ABI of the smart contract.

dataSources.mapping.entities defines the entities that the data source writes to the store and is specified by the schema in schema.graphql.

dataSources.mapping.abis takes the name and file location of the ABI for the source contract.

dataSources.mapping.eventHandlers lists the smart contract events the subgraph reacts to and the handlers in the mappings that transform these events into entities in the store.

Generate AssemblyScript types for the ABI and the subgraph schema.

When a new token is created, transferred, or updated, an event is fired and the mappings save the data into the subgraph.

handleTransfer loads the tokenId and sets the owner.

Build your project for deployment:

Include your own GitHub username followed by the name of your subgraph:

The terminal will return a URL with an explorer for the subgraph and an API endpoint for sending queries.

You will need to wait for your subgraph to sync with the current state of the blockchain. Once the syncing is complete, run the following query to show the first two tokens ordered by id in descending order.

Here’s the query for the first user and their associated content:

The query for the two most recently created NFTs.

You can also use the HTTP endpoint and send GraphQL queries directly with cURL.

In this article, we have seen how to create a GraphQL endpoint that exposes certain information contained on the Ethereum blockchain. By writing a schema containing our entities, we defined the information that will be indexed by the subgraph.

The quantity and diversity of blockchain networks continue to proliferate in Web3. Having a standardized and widely adopted query language will enable developers to iterate and test their applications with greater efficiency.

Anthony Campolo Follow I'm a Developer Advocate at QuickNode, a member of the RedwoodJS core team, and co-host of the FSJam Podcast.
« Using the writeFileSync method in Node.js
How to build a blockchain charity or crowdsourcing platform »