Using tsm as a shebang interpreter in TypeScript 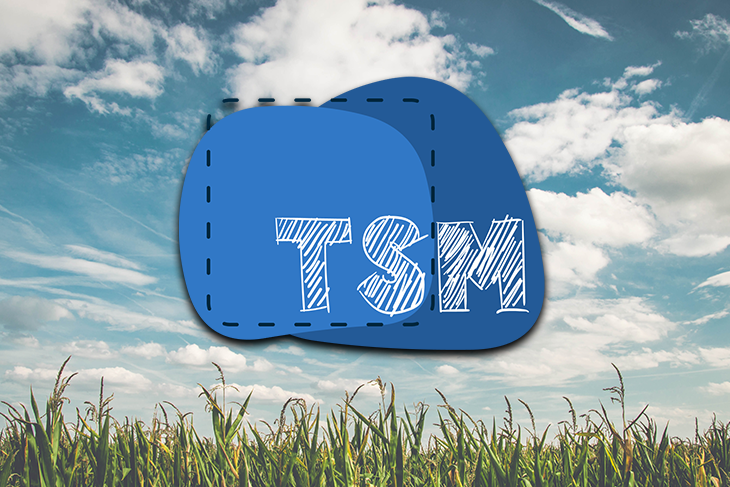 Executing TypeScript code typically involves transpiling it down to vanilla JavaScript for use in common environments like Node.js or the browser. This approach still represents the vast majority of how TypeScript programs are run, but a few projects have emerged that allow developers to run their TypeScript code directly.

tsm is a brand-new player in this category and represents a step forward in the broader TypeScript/JavaScript ecosystem.

tsm is a TypeScript module loader for Node.js, created by Luke Edwards. It expands Node.js to provide native TypeScript support without the need to transpile it to JavaScript first.

Rather, tsm uses esbuild under the hood to quickly transpile TypeScript sources into JavaScript on the fly before passing it to the Node.js runtime. This approach essentially abstracts away the typical transpilation step, making it transparent to the user.

Should you use tsm?

The primary and most obvious advantage to using tsm is that developers don’t need to worry about TypeScript transpilation. This means that development feedback loops are shorter, build tooling is simpler, and deployment is more straightforward. This is particularly convenient for small projects like one-off scripts.

Because tsm runs on top of Node.js, developers familiar with Node will find using tsm natural and easy to incorporate TypeScript into their projects with a simple step.

For example, esbuild has built-in source map support, which means that TypeScript programs that run under tsm can be debugged with the standard V8 debugging protocol (included with Node.js) and popular debugging tools like VS Code.

Additionally, the vast ecosystem of npm packages and Node built-in APIs are available to TypeScript running with tsm.

The disadvantages of tsm

One relatively small trade-off of using tsm is that it must be installed, in addition to Node.js itself, on the system that needs to run the TypeScript code.

This can be an inconvenience if distributing scripts meant to be run directly from the shell (like when using tsm as the interpreter for a script via shebang interpreter directive), but not a problem for fully packaged Node.js modules.

Other than that, there aren’t too many downsides to giving tsm a try, assuming there’s an appetite for new and emerging (and therefore, potentially changing) tech.

Unlike other elements of a project’s technology stack (such as databases, programming languages, frameworks, etc.), the nice thing about JavaScript build tools is that they can be swapped out later with minimal impact on the application’s source code itself.

How to use tsm in a Node.js project

There are a few different ways to hook tsm into a Node.js project.

As a replacement for the node executable

Assuming you have tsm installed globally (via npm -- global install tsm or yarn global add tsm), you can run TypeScript files using the tsm executable, like so:

For local installations, the tsm executable can be found at ./node_modules/.bin/tsm.

Note that any command-line flags will be passed through to node, which is convenient for experimental features, debugging configuration, and the like.

With a shebang interpreter directive

They appear at the first line of the file and tell the operating system which program to use to parse and execute the rest of the file.

Using the --require or --loader hooks

If you still need to use node directly rather than the tsm executable, you can use the --require or --loader hooks to instruct node to use tsm to load TypeScript files. tsm needs to be installed as a local dependency (rather than globally) for this to work.

Deno: An alternative to tsm

tsm isn’t the only way to achieve transpilation-less executable TypeScript. Ryan Dahl, the creator of Node.js, has released a project called Deno that ships with TypeScript support out of the box.

Like Node.js, Deno is built on top of the V8 JavaScript engine and seeks to overcome some of Node.js’s design flaws.

Like Node.js and tsm, Deno can be used directly as an executable:

It can also be used in a shebang directive:

However, code written for Node.js in TypeScript may not be portable to Deno, as Deno provides its own standard library as a replacement for the Node.js APIs. It also has its own paradigm for distributing modules rather than utilizing npm. Check out Deno’s standard library and API docs for more details.

tsm is a great way to integrate TypeScript into a Node.js project quickly and seamlessly. Because it’s built upon Node.js, tsm users can leverage the vast ecosystem of packages in npm and the powerful Node.js APIs, all from within TypeScript without needing to set up a complicated build process.

Check out tsm’s GitHub repo and its dependents list to see what people are using it for. Some notable examples include:

In short, use tsm when you want to leverage Node’s vast ecosystem from within TypeScript or integrate TypeScript into an existing Node codebase. If you don’t have many npm-only dependencies and want to enjoy the benefits of Deno’s security model, consider using Deno for your next server-side TypeScript project.