Using event bus in Vue.js to pass data between components

This post is a guide for passing data from one component to another using a special Vue instance. 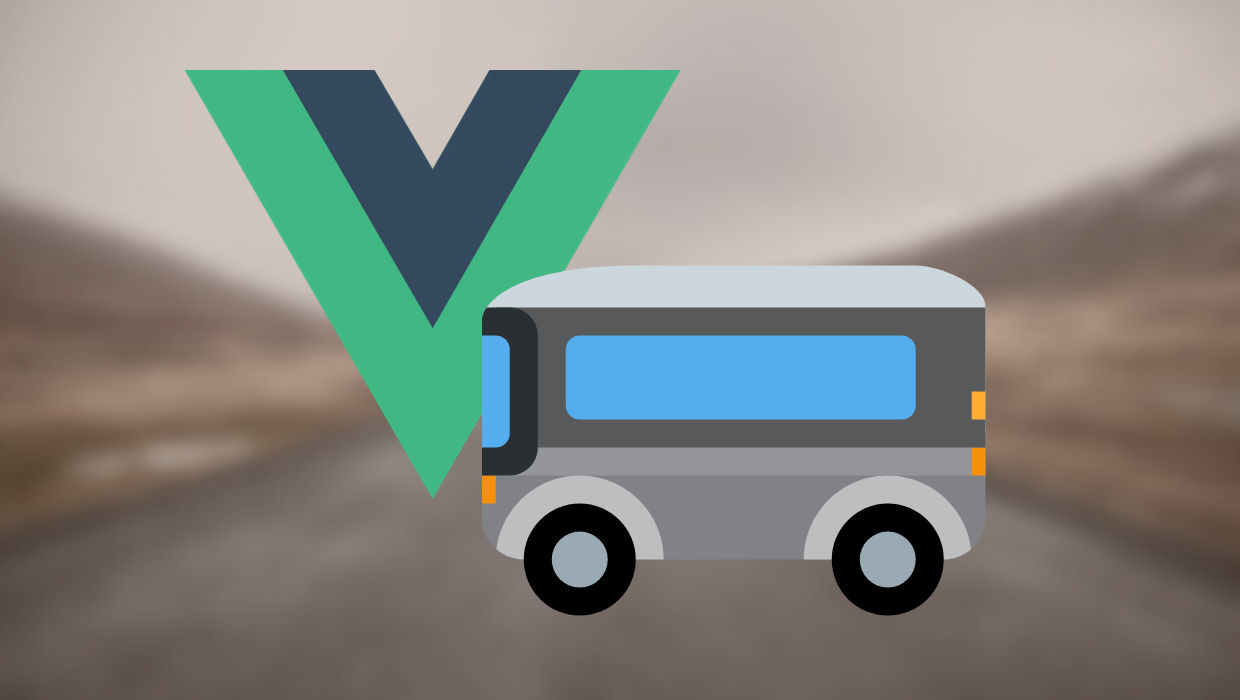 This post is suited for developers of all stages, including beginners.
Here are a few things you should already have before going through this article:

then install the new one:

Vue has a way of communicating between two child components through a parent component using event emitters.

When you set up an event in a child component and a listener in the parent component, the reaction is passed down through the parent to the nested components.

While this is a valuable solution, it can become clumsy as your project grows.

Essentially, an event bus is a Vue.js instance that can emit events in one component, and then listen and react to the emitted event in another component directly — without the help of a parent component.

By definition, using an event bus is more efficient than using event emitters because it requires less code to run.

We’re going to create an event bus instance as a separate file, import it into the two components that are going to share data, and then allow the components to communicate through this shared instance in a safe, private channel.

This is commonly known as the publish-subscribe approach.

Today, we’re going to walk through the process of creating and using the event bus to facilitate communication between two components.

Getting started with the event bus

As you can see, we’ve created a new Vue instance — a secure abstraction where we can handle communication between components without involving the parent component in the correspondence.

We need two child components to communicate. However, you’ll notice there’s only one test.vue component in your starter project.

Create a new file and call it test2.vue and paste the code block below inside it:

Now, go to your App.vue file and import it like the Test.vue file. Register the file under components like this:

Now that your two components are ready, you can set up the event through emission in the Test component while you listen to the event in the Test2 component.

Open your Test.vue file and copy the code block below into it:

Here, you’ll see that the event bus was imported from main.js , the template displays one header element through props, and there is a click event on it that points to the logic in the methods section.

The manual change of the Test.vue component occurs inside the method section and emits an event through the event bus.

The statement tells Vue to emit an event called changeIt and pass the string changed header as argument.

Listening to events and reacting

After setting up the event, we need to make the second component listen and react to the event. Open your Test2.vue file and copy in the code block below:

When the event bus imports, all we see inside the template is the interpolation symbol. There isn’t a Vue directive or bindings.

The $on statement is now listening to a changeIt event, passing the data argument down, and setting it as the new header.

When you click the first header in the interface, both headers change.

Vue automatically un-mounts and removes these listeners before the destruction of a Vue instance. However, if you want to manually destroy them, you can run this simple command:

The complete code to this tutorial can be found here on GitHub.

Ensure components in your production Vue apps render as expected with LogRocket.

Modernize how you debug your Vue apps – Start monitoring for free.

This has been an introduction to the event bus in Vue.js. The event bus serves as a safe way to achieve independent communication between components without passing through a central or parent component.

The event bus is also cleaner and involves less code than other approaches, providing a great abstracted platform.

7 Replies to “Using event bus in Vue.js to pass data between…”