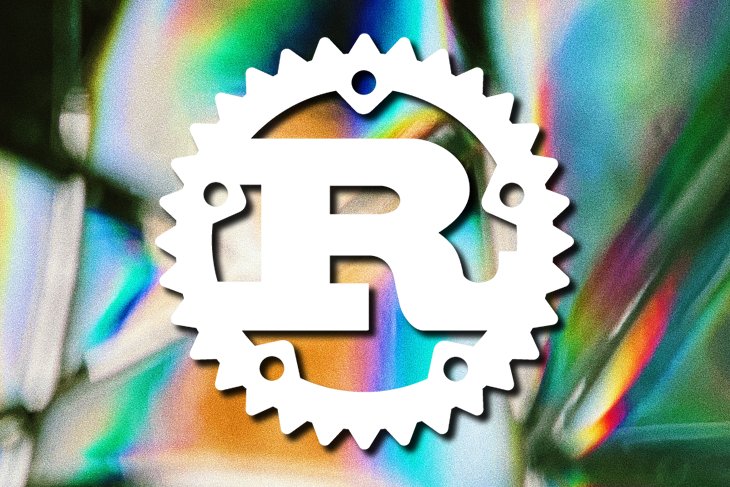 Rust is a systems programming language that focuses on safety and performance, and has been voted the “most loved language” on Stack Overflow’s annual survey for six years running! One of the reasons Rust is such a joy to program in is that, despite its focus on performance, it has a lot of well-thought-out conveniences that are frequently associated with higher-level languages.

One of these conveniences is using enums, specifically the Option and Result types. So, in this post we’ll cover the following:

Rust’s version of a nullable type is the Option<T> type. It’s an enumerated type (also known as algebraic data types in some other languages) where every instance is either:

This is where value can be any value of type T. For example, Vec<T> is Rust’s type that represents a vector (or variable-sized array). It has a pop() method that returns an Option<T> , which will be None if the vector is empty or Some(value) containing the last value of the vector.

One of the benefits of an API that returns an Option is that to get the value inside, callers are forced to check if the value is None or not. This avoids problems in other languages that don’t have nullable types.

For example, in C++, std::find() returns an iterator, but you must remember to check it to make sure it isn’t the container’s end()—if you forget this check and try to get the item out of the container, you get undefined behavior.

The downside is that this tends to make code irritatingly verbose. But, Rust has a lot of tricks up its sleeve to help!

If you’re sure that an Option has a real value inside, then expect() and unwrap() are for you! They return the value inside, but if the variable is actually None, your program exits. (This is known as panicking, and there are cases when it is recoverable, but for simplicity, we’ll gloss over that here.)

The only difference is that expect() lets you specify a custom message that prints out to the console as the program exits.

If you want, you can check whether the Option<T> has a value before calling unwrap() like this:

But, there are more concise ways to do this (for instance, using if let, which we’ll cover later).

The most basic way to see whether an Option has a value or not is to use pattern matching with a match expression. This works on any enumerated type, and looks like this:

One thing to note is that the Rust compiler enforces that a match expression must be exhaustive; that is, every possible value must be covered by a match arm. So, the following code won’t compile:

And we get an error:

This is actually very helpful to avoid times when you think you’re covering all the cases but aren’t! If you explicitly want to ignore all other cases, you can use the _ match expression:

It’s pretty common to want to do something only if an Option has a real value, and if let is a concise way to combine doing that with getting the underlying value.

For instance, the following code will print "Got <value>" if t has a value, and do nothing if t is None:

if let actually works with any enumerated type!

There are also a bunch of ways to do things to an Option<T> without checking whether it has a value or not. As an example, you can use map() to transform the real value if it has one, and otherwise leave it as None.

If you have a Vec<Option<T>>, you can transform this into an Option<Vec<T>>, which will be None if any of the entries in the original vector were None.

This makes sense if you think about receiving results from many operations and you want the overall result to fail if any of the individual operations failed.

Rust’s Result<T, E> type is a convenient way of returning either a value or an error. Like the Option type, it’s an enumerated type with two possible variants:

It’s very convenient to know that if a function returns an error, it will be this type, and there are a bunch of helpful ways to use them!

Just like with Option, if you’re sure a Result is a success (and you don’t mind exiting if you’re wrong!), expect() and unwrap() work exactly the same way as they do for Option.

And, since Result is an enumerated type, match and if let work in the same way, too!

Many times if the other function returns an error, you want to return that error straight out of the function. So, your code would look like the following:

But, this is kind of a pain to write over and over. Instead, you can write this code:

That’s right: the single ? operator does all of that! What’s even better is that you can chain calls together, like so:

Another common technique is to use something like map_err() to transform the error into something that makes more sense for the outer function to return, then use the ? operator.

The Rust compiler is notoriously helpful, and one of the ways it helps is by warning you about mistakes you might be making.

The Result type is tagged with the must_use attribute, which means that if a function returns a Result, the caller must not ignore the value, or the compiler will issue a warning.

This is mostly a problem with functions that don’t have a real value to return, like I/O functions; many of them return types like Result<(), Err> (() is known as the unit type), and in this case, it’s easy to forget to check the error since there’s no success value to get.

But, the compiler is there to help you remember!

Similar to Option, if you have a Vec<Result<T, E>> you can use into_iter() and collect() to transform this into a Result<Vec<T>, E>, which will either contain all the success values or the first error encountered.

If you want to gather all the errors instead of just the first one, it’s a little trickier, but you can use the handy partition() method to split the successes from the errors:

The ideas behind Option and Result are not new to Rust. What stands out for me is how easy the language makes it to do the right thing by checking errors, especially with the ? operator.

Greg Stoll Follow Greg is a software engineer with over 20 years of experience in the industry. He enjoys working on projects in his spare time and enjoys writing about them!
« Building an accessible menubar component using React
Create a responsive navbar with React and CSS »