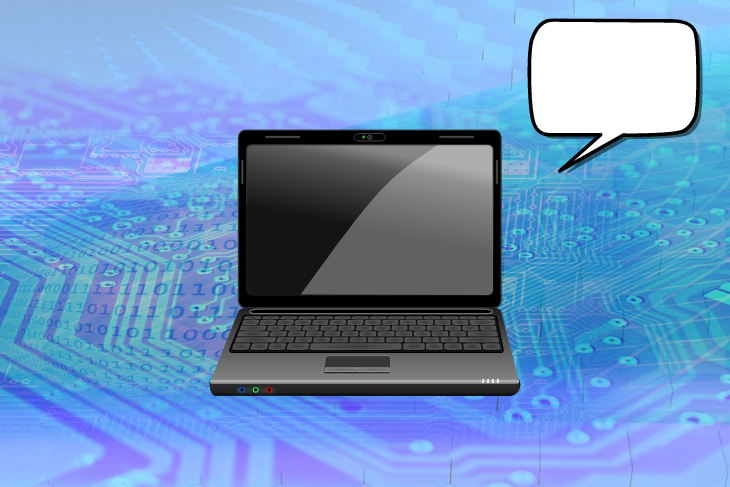 Everyone is talking about smart contracts, blockchain, decentralized finance, and cryptocurrencies. However, without developers, none of these would exist, so the demand for blockchain developers continues to surge.

What are smart contracts?

A smart contract is a computer program that automatically executes actions according to the terms of the contract without intermediaries. For example, if you want to purchase a piece of land using a smart contract mechanism, your land ownership documents will be sent to you immediately after your payment is completed. You don’t need to trust a third-party site to transfer the ownership after making payments.

Also, you can see smart contracts in action in decentralized exchanges (DEX), like PancakeSwap, which allows you to exchange your tokens for another token. If you have BNB, you can easily exchange it for Ethereum without having to talk to customer support.

Smart contract programming languages allow you to write programs that implement smart contracts on the blockchain.

So, what are the top smart contract languages, you asked? Let’s get into it.

Solidity is an object-oriented and statically-typed programming language that was designed to allow developers to create smart contracts.

Solidity is designed based on existing programming languages like C++, Python, and JavaScript, so it uses similar language structures found in these languages, most likely to make it easy for developer adoption.

Here is an example of a smart contract with Solidity:

If you are a JavaScript or C++ developer, this will look familiar to you.

According to Stack Overflow surveys, Rust is one of the most beloved programming languages for five years in a row. 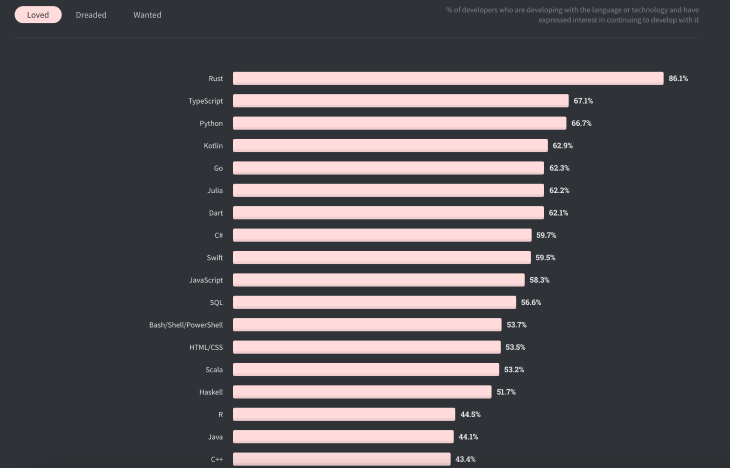 Rust is a low-level statically-typed programming language that is fast and memory-efficient — in an industry where scalability is not negotiable, Rust, as a language, finds a home. Rust is a relatively new programming language with enormous power while retaining simplicity, memory efficiency, reliability, and complexity combined.

By default, Rust assumes best design and development practices and also gives you a chance to alter them if you choose to. Rust has no garbage collector, which means there would be no surprise incident (caused by the language) during the runtime.

All of these factors make Rust a great choice for programming blockchain. It’s not surprising that one of the fastest blockchains, Solana, is built with Rust at its core.

Rust’s compiler has a color-coded output and an even more detailed error output to help with debugging.

In many cases, Rust shows the cause of an error and where to find it by highlighting relevant code, accompanied by an explanation. Also, in some cases, it provides a fix for the error.

Smart contracts blockchain using Rust include Solana, Polkadot, and Near Blockchain. You can find many blockchain projects built with Rust in this GitHub repository.

JavaScript is a general-purpose programming language, and it’s found a place in the blockchain space. Because JavaScript is an entry-level language, most blockchains tend to create a JavaScript wrapper or library to allow developers to easily jump into the ecosystem and start building amazing products as soon as possible.

Hyperledger Fabric is a blockchain that allows you to build a smart contract with a few programming languages, including JavaScript (Node.js).

Here is an example of what a smart contract looks like in HyperLedger Fabric:

The community built web3.js, a collection of libraries that allows you to interact with Ethereum smart contracts using HTTP, WebSocket, or IPC.

The Solana Foundation also built JavaScript wrappers around Solana Rust programs that allow JavaScript developers to start building Dapps on the blockchain as soon as possible.

Several tools have been built with JavaScript to help with blockchain development, but not for the core of the blockchain, due to its weak type checking.

Vyper is a contract-oriented Python-like programming language that targets the Ethereum Virtual Machine (EVM). It has contract-specific features, such as event notifiers for listeners, custom global variables, and global constants.

Vyper was built to address the security issues present in Solidity. It was developed to complement Solidity, not replace it.

Vyper deliberately has fewer features than Solidity to make contracts more secure and easier to audit, and, as a result, it does not support modifiers, inheritance, inline assembly, function and operator overloading, recursive calling, infinite-length loops, and binary fixed points.

If you have seen or worked with Python code, then you’ll almost be able to write Vyper code.

Here is an example from the docs, just to give you a feel of it:

Yul is an intermediate programming language that is compiled to bytecode for addressing the needs of different backends. The Solidity compiler has an experimental implementation that uses Yul as an intermediate language. Yul is used in stand-alone mode and for inline assembly inside Solidity.

Yul bears planned support for EVM and ewasm (Ethereum flavored WebAssembly). It is designed to be a usable common denominator of both platforms.

Yul is a great target for high-level optimization stages that can benefit both EVM and ewasm platforms equally.

Here is an example of what Yul code looks like:

Most Ethereum-based projects most likely already use Yul.

Which programming language from the above list you should use is dependent on the blockchain you want to work on. For Ethereum blockchain, for example, Solidity is the top choice for most developers.

Of course, we expect more conventional language support and more blockchain languages to come up, as it’s still an emerging space.

Eze Sunday Follow Eze Sunday is a full-stack software developer and technical writer passionate about solving problems, one line of code at a time. Contact Eze at [email protected]
« Learn Golang encryption and decryption
Field arguments vs. directives in GraphQL »