Setting up a dev environment with React, Vite, and Tailwind 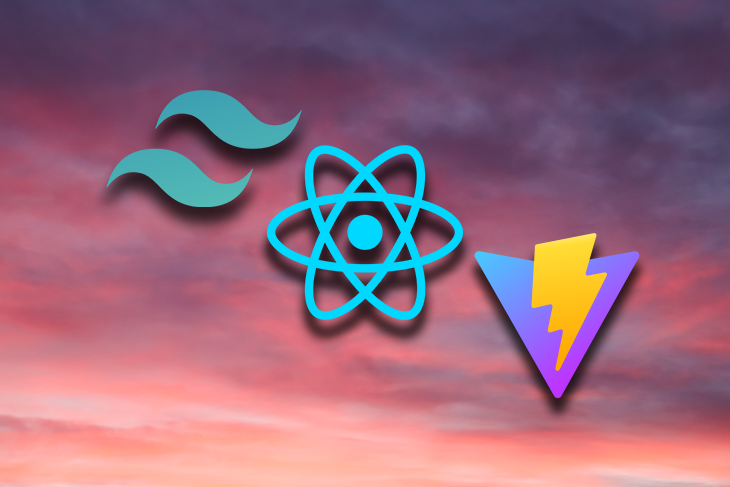 Tailwind and React are two leading technologies in their sphere. Tailwind CSS simplifies the concept of Atomic CSS, enabling developers to style their UI by adding some classes to their markup. And with the performance improvements that come with the new JIT compiler, Tailwind CSS has become a clear developer’s favorite.

Both Vite and Tailwind CSS excel in simplicity, performance, and developer experience.

As software becomes more sophisticated to meet the needs of end users, app size increases linearly and leads to a demand for faster development tools and bundlers. Although Create React App works well, as the app size increases, its performance declines. This is where Vite comes in.

In this article, we’ll learn about Vite and how to set up a React and Tailwind CSS application using it.

Historically, JavaScript did not have an API for developers to write code in a modular way. This is because JavaScript was originally designed for small browser scripts.

Over the years, JavaScript has become wildly popular and is used in different aspects of programming. However, its main drawback has been its lack of modularity. This has led JavaScript developers to come up with different ways of creating modules, such as:

The problem is that not all module specifications work in the browser. For example, CJS supports only server-side module declaration. Additionally, building a modern web application involves the use of some libraries and packages that are not supported by the browser, like React, Vue, TypeScript, etc.

This problem, however, is solved by the concept of bundling. The process involves using a bundler (intuitive, right?) to combine all our app’s files and assets into a single package that works in the browser. This has led to the development of traditional bundlers such as webpack, Parcel, and Rollup.

There are two main issues with these: slow cold start of the dev server and slow updates. Next generation JavaScript build tools, like Vite, identify and solve these issues for us.

Vite is the French word for fast. It’s is a modern build tool for frontend web development that leverages ES modules, or ESM. Vite features a leaner and faster bundler that comes with a preconfigured dev server.

Vite vs. webpack and traditional bundlers

As an ESM bundler, Vite solves the problems of traditional bundlers mentioned above. We’ll walk through a few key differentiators below.

Unlike webpack, Vite starts the dev server immediately when we cold start our application, as seen below:

Vite can cold start the dev server instantly because of the following factors:

To address this issue, these bundlers use a technique called Hot Module Replacement, or HMR. HMR is a way of updating the changed modules in a running application so you don’t have to update the rest of the page.

However, the update speed of HMR decreases linearly as the app size grows.

Since Vite uses ESM, it performs HMR over ESM. This enables Vite to only invalidate the chain between the updated module and its closest HMR boundary when a module is updated. Thus, HMR in Vite is consistently fast regardless of the size of the application.

Lastly, source code module requests are made conditional via 304 Not Modified.

All these give Vite a significant performance advantage over bundle-based build tools.

Another major difference between Vite and traditional bundlers is the handling of code splitting. Traditional bundlers like webpack and Rollup produce common chunk — code that is shared between two or more other chunks. This, when combined with dynamic import, can lead to multiple network round trips as shown below:

Vite implements the code split dynamic import calls in a different way that adds a preload step. This way, when chunk A is requested, chunk C is fetched in parallel. This completely eliminates network round trips.

While Create React App works only for React, Vite is framework agnostic and supports a lot of libraries and frameworks out of the box.

In the next section, we’ll learn how to work with Vite by scaffolding a React application with Vite.

Setting up a project with React, Vite, and Tailwind

To scaffold a project, run the following code from your terminal:

Choose a project name and select a template. Follow the on-screen instructions to complete the setup, as seen below:

Alternatively, we can select a template by using the  — template flag in the CLI, as seen in the code below:

Next, install the app dependencies and start the dev server by running:

Now we will integrate Tailwind CSS. The most seamless way to do this is to use postCSS by following the steps below:

First, install Tailwind CSS and its peer dependencies by running:

Next, create your tailwind.config.cjs file by running:

Add Tailwind to your postCSS configuration. To do this, create a postcss.config.cjs file and add the following code:

Vite automatically applies all valid postCSS configuration in the postcss.config.cjs object to all imported CSS.

Configure your template paths by modifying the tailwind.config.cjs file as seen below:

Add the Tailwind directives to your CSS by replacing the code of your index.css file with the following code:

Now, run the build process by running npm run dev. You can see that Tailwind CSS styles have been applied.

To see this in action, we can apply some Tailwind CSS classes to the counter app.

In the src directory, create a components directory.

In the components directory, create a Counter.jsx component with the following code:

Now replace the App.jsx component with the following code:

And this confirms that we have successfully bootstrapped our application with Vite, React, and Tailwind CSS!

In this article, we learned about Vite and how it works. We compared Vite with traditional bundlers like webpack and saw that Vite has some clear performance advantages, as well as learned how to work with Vite by bootstrapping a React and Tailwind application.

By following this, I do hope you are ready to give Vite a try in your next React application.

3 Replies to “Setting up a dev environment with React, Vite, and…”