What is alpha testing? Definition and process with examples 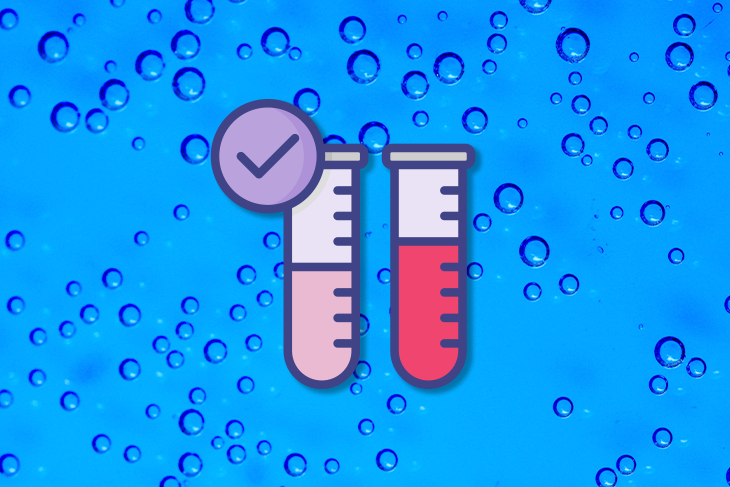 We’ll also give an overview of the steps and phases involved in conducting an alpha test and explain why it’s important for product teams to identify and resolve critical bugs before progressing new features to beta testing or releasing them to the wider customer base.

What is alpha testing?

Alpha testing is a step in the software release lifecycle designed to validate initial end-to-end user acceptance, adherence to product requirements, and that the product generally functions as intended.

Alpha testing is preceded by pre-alpha, which is a quick, high-level testing cycle to validate whether features should progress to the alpha testing phase. This is followed by beta testing, which is when a group of customers (preferably the product champions) uses an early version of the product.

The main objective of alpha testing is to ensure the quality of the product and identify bugs so developers can address them before releasing the product to customers for beta testing.

White-box testing refers to validating the code, infrastructure, and integrations with other systems contained in the product. The approach aims to uncover issues and eliminate errors related to the product’s internal workings early on, before the product is released to customers. Those items are assessed and, as quickly as possible, resolved by the developers. The solution is implemented in the test environment and retested.

Black-box testing, on the other hand, only considers the external behavior of the system. The critical issues detected during alpha testing are evaluated, prioritized, and resolved as quickly as possible and retested in a refreshed test environment.

Before digging further into the benefits of alpha testing, testing techniques, process, and the product manager’s role, let’s take a minute to break down the difference between alpha and beta testing.

Lyra, the proud owner of an online coaching and mentoring business, just had her agile development team launch a new e-commerce store.

A month after the launch, she looks at the figures and is quite happy with the revenue results. Looking further into the sales process, however, she notices that the cart abandonment rate is over 67 percent. What could be the root cause?

Lyra discovers that a significant number of errors, bugs, and crashes have contributed to a sense of insecurity among her costumers. Crashes during the payment process have a particularly negative impact.

Naturally, Lyra wants to improve her online store’s user experience and usability and, in doing so, increase revenue. Her team implements and continuously improves upon alpha testing practices in the software release life cycle.

Three months later, revenue has skyrocketed and the cart abandonment rate has dropped to 24 percent. Lyra is excited about the results and happy to see her alpha testing improvements have been fruitful.

Alpha and beta testing are both types of user acceptance testing. Alpha testing is designed to catch bugs before the product is released to end users. Beta testing involves real users interacting with the product or feature in a real environment.

Let’s take a closer look at the differences between alpha and beta testing in terms of the purpose, process, effort, and actors involved:

Alpha testing aims to test the quality of the functionality and internal mechanics of the product. It enables the development team to immediately resolve any defects and bugs before the product reaches end users.

Beta testing, on the other hand, is performed in the production environment. Beta testing aims to measure quality by collecting customer input on the product’s usability and gauge its viability for release to a broader customer base. The product manager considers adding any potential improvements to the product roadmap.

Alpha testing covers both white- and black-box testing techniques and follows a comprehensive and structured process.

Beta testing mainly uses black-box testing techniques. It follows a simplified structure and process, focusing more on the usability of the product and acquiring feedback.

Alpha testing may require a longer execution cycle involving multiple test cycles, during which the development team identifies and resolves critical bugs and defects and testers retest the fixes.

Beta testing requires only a couple of weeks. The product manager evaluates the observations made during beta testing for future releases and decides whether the product is ready for a wider release.

Alpha testing is done on a lab, staging, or testing environment. In general, this environment is only accessible to internal resources.

Beta testing is done in production. It is the first test that involves a limited group of real customers.

Alpha testing is the first user acceptance test in the software delivery cycle where a select internal group of testers test both functionality and usability. (Note that in beta testing the scope also includes reliability and security testing.)

Alpha testing consists of both white- and black-box testing and is split into two phases:

During the first phase, testing is typically done by developers and involves mainly white-box testing techniques.

In phase two, the quality assurance and a select group of internal resources test the product. Though this phase can include white-box testing, the focus is on black-box testing techniques because of the limited technical expertise of those involved.

How to do alpha testing

Understand the design specifications, including functional and nonfunctional requirements. The product is tested to validate that it is:

Create a comprehensive test plan, including test cases (captured in a traceability matrix, ready to verify each design requirements), testers needed, and objectives to generates the required test cases for the alpha test.

Get a resource committed. It is especially good practice to get marketing, sales, and customer support representatives involved in the second phase of alpha testing. This enables them get a better understanding of the customer experience and how to best positions its value to customers.

Start the test. Check for bugs, defects, and usability feedback and capture them. Have the most critical items assigned to the development team for resolution.

Retest fixes with the same person who discovered the issue and validate the outcome.

Close the alpha test with a report out and sign-off. Most likely, minor and trivial bugs and defects recorded have been resolved. Understand which ones are remaining and what their impact is, and how to move forward.

Though alpha testing is generally owned by the development team and quality assurance, the product manager does play a role, especially when it comes to negotiating trade-offs and making decisions.

Alpha testing aims to fix critical defects and bugs. Determining what is critical and what not requires a good definition, great communication, and decision-making skills. Some bugs and defects are easy to identify as critical, but many are more complex and require a PM’s touch.

The product manager wants to make sure features are shipped with minimal bugs and defects. However, that doesn’t mean all have to be fixed. The Agile Manifesto espouses speedy delivery over perfection, so the product manager must ensure that alpha testing doesn’t become an endless cycle. When push comes to shove, the product manager has a critical role in moving the feature forward to beta testing.

In beta testing, the product manager collects feedback and uses behavioral analytics to generate ideas to consider for future releases. Additionally, these ideas help the product manager to set priorities for the general availability release when it comes to communication, onboarding, education, and documentation needs.