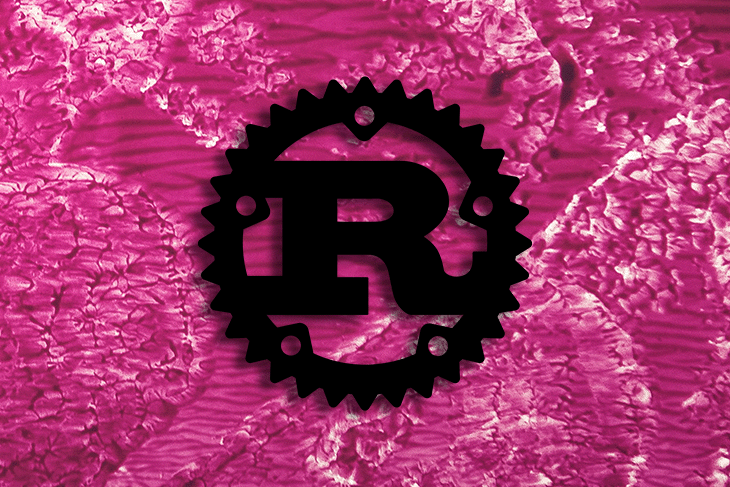 The concept of functional programming whereby functions take an argument’s type or return a function type forms a broader discussion of closures in Rust that is important for devs to have an understanding of today.

Closures are anonymous function-like constructs that can be passed as arguments, stored in a variable, or returned as a value from a named function.

In this article, we’ll explore and learn about closures and their related concepts in Rust — for example, using a closure with iterators in Rust or how the move keyword takes ownership of values captured from the closure’s environment. We’ll examine the key aspects of environment capturing in Rust with closures and demonstrate using examples how you can use closures to optimize your code.

Closures vs. functions in Rust

In Rust, closures and functions are two different types of code blocks that serve different purposes.

Here are the main differences you need to know between closures and functions in Rust:

Rust’s syntax for defining closures and functions is slightly different.

Closures use the syntax |parameters| -> return_type { body }, where the parameters are passed between vertical pipes (||) and the body is enclosed between curly brackets ({}).

On the other hand, functions use the syntax fn name(parameters: type) -> return_type { body }, where the parameters are passed between parentheses (()) and the return type is specified after the arrow (->).

The body of a closure can be a single statement or multiple statements.

In contrast, the body of a function must always be enclosed between curly brackets, regardless of whether it consists of a single statement or multiple statements.

In Rust, the return type of closure is optional — this means that you don’t have to specify the type of value that the closure returns.

The return type of a function is mandatory, however — you must specify the value type that the function returns using the syntax -> return_type.

Closures in Rust can capture variables from their environment, while functions cannot. This means that closures can reference variables that are defined outside.

Let’s quickly look at the syntax definition for a closure to get started:

In the above syntax, you can define the different parameters for the closure inside the |…| section of the definition, with the body of the closure defined inside the {…} section.

Take a look at this code block to see what I mean:

Just like functions, closures are executed using the name and two parentheses.

The parameters are defined in between the pipe syntax, ||. Furthermore, you’ll notice with the closure that the parameters and the return type are inferred.

The above code defines a closure named “closure” that takes two arguments, x and y, and returns their sum. The closure body consists of a single statement, x + y, which is not enclosed between curly brackets because it is a single statement.

To specify a closure type annotation, you can use the syntax |parameters: types| -> return_type. For example:

Overall, closure type inference and annotation allow you to specify the type of a closure in Rust, which can be useful for ensuring type safety and clean code.

As mentioned earlier, one of the advantages of closures over functions is that they can capture and enclose variables in the environment where they were defined.

Let’s learn about this in a little more detail.

Environment capturing with closures in Rust

Closures, as we mentioned, can capture values from the environment in which they were defined — closures can either borrow or take ownership of these surrounding values.

Let’s build a code scenario where we can perform some environment capturing in Rust:

Here is the output you should receive:

In the above snippet, we defined x as an instance of the Nft struct. We also defined a slice variable — a type of Vec<i32>. Then, we defined a closure stored in the print_to_stdout variable.

Without passing the two variables (x and slice) as parameters into the closure, we can still have immutable access to them in the print_to_stdout closure.

The print_to_stdout closure captured an immutable reference to the x and slice variables because they were defined in the same scope/environment as itself.

Additionally, because the print_to_stdout closure has only an immutable reference to the variable — meaning it can’t alter the state of the variables — we can call the closure multiple times to print the values.

We can also redefine our closure to take a mutable reference to the variable by slightly adjusting the code snippet, as demonstrated here:

Here is the output:

We can modify its state by capturing a mutable reference to the slice variable.

Right after executing the print_to_stdout closure, the borrowed reference is returned, making it possible for us to print the slice value to stdout.

In scenarios where we want to take ownership of the surrounding variable, we can use the move keyword alongside the closure.

When we take ownership of a variable in a closure, we often intend to mutate the state of the variable.

Using our previous example, let’s take a look at how this works:

Now, we’ve explicitly moved the variables into the closure, taking ownership of their values.

If you try calling println!("{:?}", slice); like the previous code block, you’ll get an error explaining that the variable was moved due to its use in the closure (shown below).

Closure as a function’s argument

Earlier, we explained how a closure can be passed as an argument to a function, or even returned as a value from a function.

Let’s explore how these behaviors can be achieved using the functions’ different definitions and trait bounds.

First, let’s look at the three Fn traits, as a closure will automatically implement one, two, or all three due to the nature of the function signature definition or body content. All closures at the very least implement the FnOnce trait.

Here’s an explanation of the three traits:

These rules serve as our guiding lights when defining closures for different uses in your project.

Let’s demonstrate a sample use case by implementing one of the traits mentioned above:

Here is our output:

In the above snippet, we created a sample State enum to hypothetically represent a network call with a fulfilled state of Received(T) and a Pending state. On the enum, we implemented a function to check the network call’s state and act accordingly.

Looking at the function signature, you will notice that the f parameter of the function is a generic parameter: a FnOnce closure.

Using trait bounding (F: FnOnce() -> T), we defined the possible parametric values for f, which means F must be called only once at maximum, take no arguments of its own, and return a generic value of T.

If we have a fulfilled state — the Received(T) variant — we return the value contained in the fulfilled state, just as we did with the received_state variable.

When the state happens to be Pending, the closure argument would be called instead, just like pending_state.

In this section, you’ll learn one of the most common use cases for closures; using closures with iterators to process a series of sequential data in a collection.

The iterator pattern performs progressive tasks on this sequence of items stored in a Rust collection.

N.B., for further reading on iterators, check out the Rust docs.

Let’s explain further how closure works with an iterator by first defining a vector variable:

Here is our output:

In the snippet above, we adapted the files variable into an iterator using the into_iter method, which can be called on the Vec<T> type.

The into_iter method creates a consuming adaptor type of the iterator type. This iterator moves every value out of the files variable (from start to finish), meaning we can’t use the variable after calling it.

We defined it directly inside the filter function to call a closure as an argument. Then, we used the last function call, collect(), to consume and transform the iterator back into a Rust collection; in this case, the Vec<MusicFile> type.

Closures are function-like constructs used alongside normal functions or iterators to process sequential items stored in a Rust collection.

You can implement a particular closure type depending on what context you want to use it for — this gives you the flexibility to take ownership of captured variables or borrow a reference to the variables, or neither!