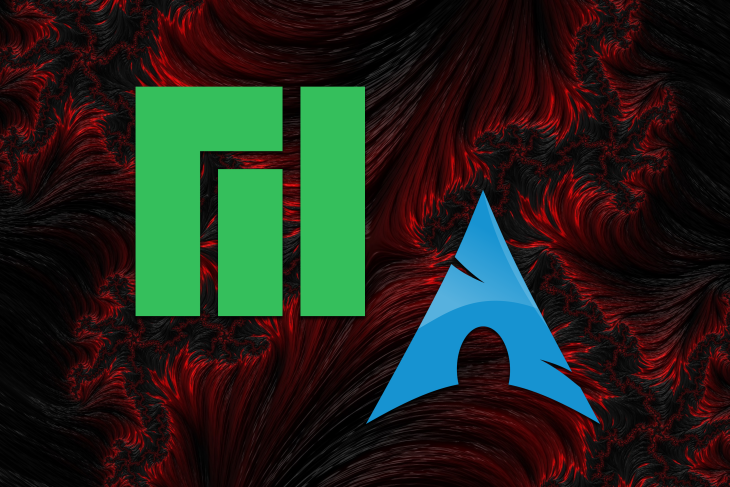 Linux beginners often start from Ubuntu. It’s one of the most popular and widely-used distributions and it’s quite beginner-friendly. It mainly aims at (possibly inexperienced) users who don’t want to worry about how to set up their system.

However, there comes a time when one may want more flexibility and power. Arch and Manjaro are two big players in that area, as they aim at users with a do-it-yourself attitude.

In this post, we’re going to compare them, but first, we’ll look at how their popularity is increasing.

Is Ubuntu being dropped?

Historically, one of the early indicators of an operating system being dropped has been a decrease in its adoption by gamers.

boilingstream.com provides a very nice analysis of the popularity of Ubuntu, along with other Linux distributions, within the gaming community. According to them, early in 2019, more than 40 percent of the Linux gamers would use Ubuntu as a preferred operating system (OS). At that time, both Manjaro and Arch were around a 10 percent adoption, with the former being slightly more popular than the latter.

In three years the situation has changed radically. The adoption of Ubuntu is now 18.8 percent, almost the same as Manjaro’s (18.5 percent) and lower than Arch’s (20 percent). The trend is clear: the latter two OS’s have been gaining popularity and have now surpassed Ubuntu.

Hence, a question comes to mind: How would we choose between Arch and Manjaro? This post is all about exploring the differences between them in order to make an informed choice for our post-Ubuntu OS.

Arch Linux is one of the most cutting-edge Linux distributions, whose focus is on minimalism and customization. One of the main differences with respect to other distributions is the installation process. Instead of being GUI- (Graphical User Interface) or TUI- (Text User Interface) based, Arch has to be installed using the command line. This makes the entire process more complex and definitely not beginner-friendly.

Arch users can count on the support of ArchWiki, comprehensive documentation that comes in handy at installation and configuration time.

Arch is a so-called rolling-release distribution, meaning that updates for the installed applications are frequently delivered. This is different from the model adopted, for example, by Ubuntu or Fedora, where every few months or years a new version is released.

In Arch, once we install the OS we can keep it and its applications up to date by using Pacman, the package manager. The official repositories contain tons of packages that are constantly updated by their maintainers. Always having the latest versions may also be a double-edged sword, as we may incur the latest bugs as well.

When a package is not available in the official repositories, it might be in AUR (Arch User Repository). This is one of the most appreciated features of Arch’s, as we can access user-produced content. Still, we’ll need to compile the software fetched from AUR ourselves.

Manjaro is based on Arch Linux. The repository manager is the same as Arch, Pacman, even though Manjaro simplifies the package management by giving us a graphical application as well. Even if Manjaro’s repositories are different from Arch’s, we can access AUR and benefit from user-provided software.

Generally speaking, Manjaro is more user-friendly than Arch. It can be downloaded in different flavors, based on the desktop environment. For instance, the three official releases use either XFCE, KDE, or GNOME. However, there are a number of “unofficial” releases for other environments.

This section contains a comparison between Arch and Manjaro.

As we saw above, both Manjaro and Arch are based on a rolling-release update model: as users, we get to install the OS only once and then we’ll benefit from frequent updates. Both distributions keep their installation images up to date so that newly installed systems don’t have to install all of the new system and application updates. This practice is called ISO refresh.

Generally speaking, but not necessarily, Majaro’s packages are more stable than their Arch counterparts. That is because updates coming from Arch repositories are first tested, and possibly patched, before being released to Manjaro’s users. The process usually takes a couple of weeks.

The immediate consequence of the aforementioned difference is that Manjaro will never be as “modern” as Arch. On the other hand, it should be less prone to serious bugs that could damage or break the system.

Both Arch and Manjaro rely on a command-line tool, coded in C, known as Pacman to manage software updates. Hence, the same commands will work the same in both systems.

Nonetheless, Manjaro also comes with a graphical tool to manage the installed packages: Pamac. The latter can be added to Arch as well, but it is not an inbuilt part of the system.

Manjaro makes it easier to install drivers, especially GPU ones. For instance, during the installation procedure, users can choose to let Manjaro detect the graphic card and install the most appropriate drivers for it.

In Arch, on the other hand, users have to find and install appropriate drivers by hand.

As we saw above, the installation of Arch is more complicated than that of Manjaro. However, to make the installation easier, we can use archinstall. It’s a command-line tool that comes with different preconfigured installers, simulating a “guided” installer for Arch. The tool is still experimental and uses different default values than the regular installation process.

Furthermore, Arch comes with basically no preinstalled applications. Users are free to install only the packages they personally want. Hence, it has no preconfigured desktop environment, although users may choose to install it from the official repositories.

Manjaro, instead, offers a GUI-based installation procedure. As we saw above, it comes with some pre-installed applications, such as Pamac, MHWD, audio/video players, an email client, and an office suite. Additionally, Manjaro offers different installation images with predefined desktop environments.

As Arch is a do-it-yourself distribution, its security depends on how users configure it. The maintainers put a lot of effort into not exposing the system to obvious and known threats. For example, a list of the main vulnerabilities is available at https://security.archlinux.org/. Moreover, ArchWiki has a very detailed page explaining how to harden the system.

Manjaro, on the other hand, has downplayed the importance of security practices in the past. For example, in 2015 the maintainers let their SSL certificate expire, and instructed users to roll back their clocks to temporarily work around the issue. Furthermore, Manjaro users still have to configure the system by themselves, as the OS doesn’t come with a predefined bulletproof configuration.

In this post, we dove into a comparison between Arch Linux and Manjaro. However, there are many other popular Arch-based distributions, such as EndeavourOS and Garuda Linux. Ultimately, the choice is just a matter of personal preference.

When it comes to the OS’s compared in this article, they both have pros and cons. On paper, Arch is more suitable for advanced users who know exactly what they want in their systems. Manjaro, on the other hand, adopts a more pragmatic approach and makes some assumptions about what its users want (for example by installing some predefined applications).

Still, advanced users may want to go for Manjaro just because they do not need all the flexibility provided by Arch. Less experienced users, instead, may want to try Arch out just for the sake of learning.

Generally speaking, the right choice also depends on what we’re going to do with our OS.

For instance, gamers will benefit from either Manjaro or Arch Linux, as there’s basically no difference between them when it comes to gaming. However, driver installation is simpler in Manjaro. The same thing is true for developers or people working with media editing. The rolling update model ensures that packages are updated frequently, giving developers and workers the possibility to work with the latest version of their tools.

In my opinion, Manjaro, as well as other Arch-based distributions, are a very good starting point if you want to have more control over your OS. It comes with many of the advantages of Arch while keeping the configuration complexity under control. Then, if you want to gain more expertise on the configuration of an OS and end up with a heavily-customized system, you can move to Arch.

Matteo Di Pirro Follow I am an enthusiastic young software engineer who specialized in the theory of programming languages and type safety. I enjoy learning and experimenting with new technologies and languages, looking for effective ways to employ them.
« How to create a news feed in React Native
Comparing 4 popular NestJS ORMs »

11 Replies to “Manjaro vs. Arch: Choosing your post-Ubuntu OS”