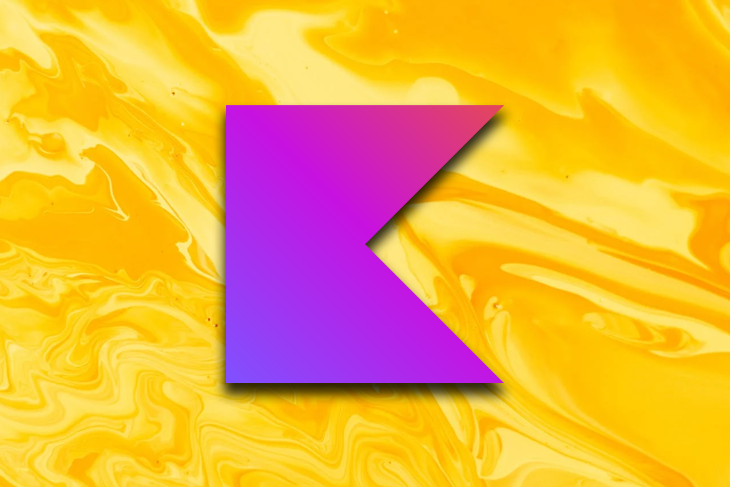 When you create a program, it’s natural to assume that the data will only be used by that program. However, there may come a time when you want to share your data with other programs or use data from another source. In these cases, you need to serialize your data so that it can be accessed in different formats and by different programs.

Additionally, programming often involves working with large amounts of data. You need to store the data somewhere to be able to access it quickly whenever necessary. Not every component or system will accept the data format you are currently using. Data sharing and exchange is critical in this age of APIs and complex frameworks.

In this tutorial, we will learn about data serialization, and how to serialize data in Kotlin.

Developed by the team behind Android at Google, the Kotlin programming language has been specifically designed for Android development. It is a functional language that is easy to read and understand, and it offers many advantages for developing Android apps.

Code written in Kotlin is very readable, because it uses very few keywords compared to most other programming languages. This makes it easy to understand what the code is doing, which is important when working with large teams. This also means fewer bugs, because the code is more explicit.

As code is more readable and explicit, it’s also easier to refactor and change if necessary. Kotlin is also 100% interoperable with Java, which means that you can use it together with Java code in the same project. In other words, it’s very easy to prepare your existing projects for Kotlin by converting some of the code to Kotlin.

The kotlinx.serialization library is useful because it is Kotlin Multiplatform based. It is available in Kotlin/JS and Kotlin/Native. The library is good at serializing singletons, data classes, and generic lists. And, it approaches polymorphic serialization by using sealed hierarchies.

The kotlinx.serialization library has a configuration DSL that allows you to configure the serialization input and output the way you want. You can ignore unknown keys and lenient parsing.

The library can be integrated with frameworks, such as Ktor to achieve content negotiations. Content negotiation occurs when your application requires a suitable resource presentation from the client. Spring MVC and Http4k also have support for the kotlinx.serialization library. The library also supports the following formats:

However, the formats above may not be stable when compared to the JSON format when serializing data using the kotlinx.serialization library.

What is data deserialization?

Data deserialization also allows you to read data from other sources, such as files, network connections, databases, or the web. There are many advantages to using deserialization in programming. It can save time, reduce network traffic, and consume less space when storing data. The process of deserialization can also be used to convert data back into its original format. This process can be applied to any language that supports objects and classes.

How to implement serialization in Kotlin

In this section, we will learn how data serialization works in Kotlin by using functions from the kotlinx.serialization library.

To start using kotlinx.serialization in your project, simply add the compiler plugin and runtime library to your project. In your build.gradle (app level), add the following entry to the plugin block:

Now, add the following dependency in the build.gradle (app level):

Next, add the runtime library dependency to the dependencies block in your build.gradle (project level) file:

Create a Kotlin file called Car and import the following classes from the kotlinx.serialization library:

In this tutorial, we will create a data class called Car that takes in the names of cars and converts them to the JSON format, and then reconverts them to Kotlin objects. The data class will be annotated as @Serializable to avoid runtime errors.

The @Serializable annotation is used to indicate a class that serializes data. If you don’t add this annotation, you will experience a compile time error. To exclude the fields from the serialization process, use the @Trasient annotation.

Now, create a data class called Car, which will take in the following values listed in the Car parenthesis:

To deserialize the converted objects, use the decodeFromString<T> method to convert the JSON format to a Kotlin object:

If you run the above function in Android Studio, you will get the following output, which shows the converted Kotlin objects to JSON string and then reconverted back to Kotlin objects:

There are many reasons you should serialize your data. First, it enables you to save your data in different formats. You’ll be able to access that data later, even after your program has been closed. Serialization also allows you to share your data with others, allowing you to access your data from anywhere.

Finally, serialization allows you to read and understand other formats. For example, let’s say you receive data from another company. If you use the right software, you’ll be able to easily read the data and use it for your own purposes.

Serialization also has its disadvantages. First and foremost, it takes time to perform serialization. Your computer will need to read your data and save it in a different format. If you are working with a large amount of data, this may take some time.

You also need to be careful when serializing sensitive data. This can include financial information or other data that you don’t want people to see. If you save this data in a file and share it with others, they will have access to it.

In this tutorial, you learned how to serialize and deserialize data in Kotlin using the kotlinx.serialization library. We explored the many reasons why you should consider data serialization, as well as some of the disadvantages associated with serialization. In the end, it comes down to preference whether you choose to save your data in a format that humans can read or one that only computers can understand.

Boemo Mmopelwa Follow Boemo is a software developer who embraces innovative approaches. He likes diving deep into complex concepts in order to learn and write articles that can help the reader understand complex methodologies in a simple and fun way.
« Component testing in Nuxt.js with Jest
3 ways to add custom fonts to your MUI project »