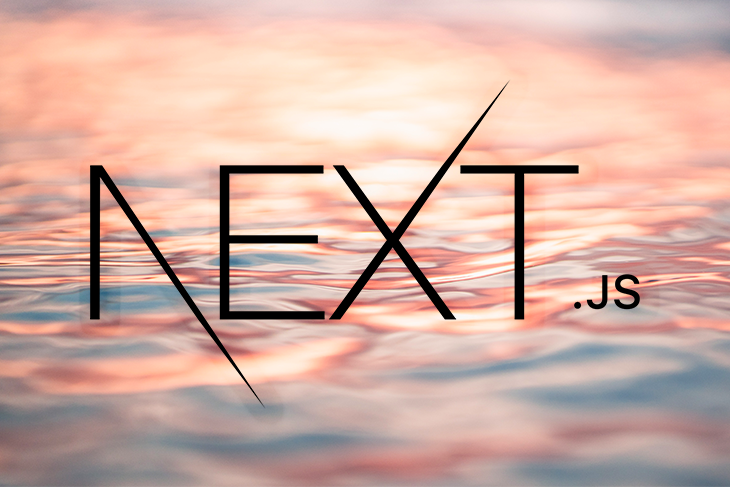 Next.js is a flexible React framework that can be used to build fast web applications. We can use the Next.js configuration to create, develop, and ship products fast without spending days structuring the application. We can also use Next.js to build both server-side rendering and static web applications using React.

But, building a web app quickly and creating a fast-loading web app are two different things.

Multiple studies have shown a positive correlation between website page load speed and user experience and conversions. There are numerous ways to optimize or improve the performance of your Next.js app to achieve a faster loading time.

For example, you could use server-side rendering to render the initial HTML of your web page on the server side before delivering it to the browser, use the Next.js inbuilt caching feature to cache frequently used content, remove unused dependencies (which increase the size of your final application’s bundle and loading time), or optimize images using lazy loading or placeholder images.

What is an image placeholder?

Having too many images in your app or images that are very large and load slowly can negatively impact page speed and user experience. In fact, images are probably one of the most significant contributors to your app’s speed.

The placeholder could be a thumbnail of the image, an empty gray box, an img element with a border or background color, or even the dimensions of the image (if fixed) or the image’s alt text. However, none of these options are pretty, and all of them will make your webpages look boring.

Now, let’s consider another option for the placeholder.

The process involves producing a string of characters that encode a distorted version of the image; the number of characters created depends on the image’s quality.

The BlurHash string is small enough that you don’t need to retrieve and download an image file; instead, you may provide it straight into your website’s HTML and have it decoded into the blurred picture.

Using this BlurHash string as your image placeholder makes your webpage more visually appealing and also reduces the page speed or initial load of your webpage.

The BlurHash string is short enough to quickly fit into whatever data type you prefer. For example, it’s easy to include it as a field in a JSON object.

To display a BlurHash placeholder image while the actual picture loads over the network, your client first takes the BlurHash string and decodes it into an image while its full-size version loads in the background.

How much does BlurHash impact page speed?

The amount that BlurHash impacts page speed can vary based on several factors. But here’s an example that illustrates how BlurHash positively affects a page’s initial load. 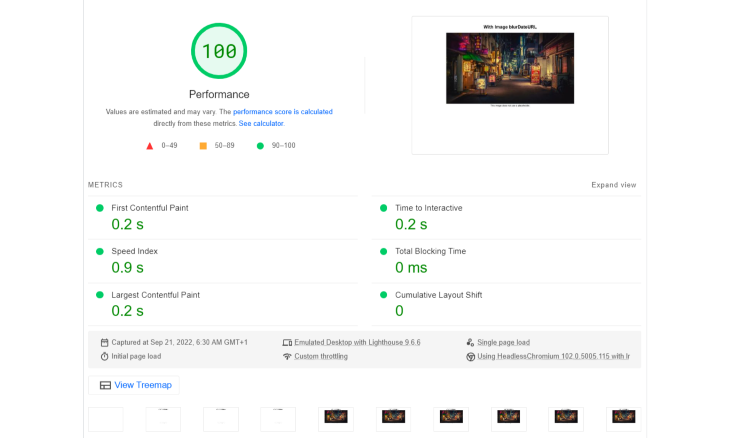 The first version of the page, which had an image without a placeholder, had a Speed index of 0.9sec. 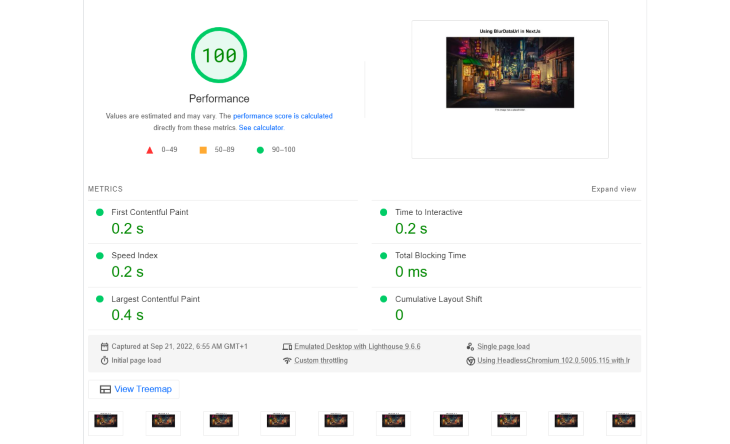 The second version of the page, which had an image with a BlurHash placeholder, had a Speed index of 0.2sec.

How do you implement BlurHash in a Next.JS app?

By default, Next.js automatically generates the BlurHash string for any static image (i.e., import banner from ../some/src/), decodes it, and uses it as the image placeholder. But, if your image is dynamic (e.g., stored in your database, backend, or cloud), you must provide a data URL as a placeholder for the image.

For static images in a Next.js app, you can generate BlurHash placeholders using the placeholder attribute on the Image component and giving it a blur value, like so:

For dynamic images in a Next.js app, in addition to the placeholder attribute, you’ll also have to use the blurDataUrl attribute. This attribute takes in the image’s data URL.

Converting a Base83 data URL to a Base64 data URL

It is important to note that if you use the data URL generated on the BlurHash website directly in Next.js for dynamic images, it won’t work. This is because Next.js only accepts Base64-encoded images as data URLs, whereas BlurHash encodes images into Base83. No BlurHash implementation has been created yet for Next.js (view the list of BlurHash’s implementations here).

From my research, I could not find any Next.js package that could help me with the conversion from BlurHash’s Base83 data URL to a Base64 data URL, or any Next.js implementation that works for dynamic images. The few packages I found, like the recently published use-next-blurhash and plaiceholder.co, do not work with Next.js for dynamically stored images.

However, there is a Next.js Image blurDataURL generator created by Jimmy Chion, that generates an image’s BlurHash and Base64 data URL. You can fork the repo on GitHub and implement it into your project.

I will use the website version in this article to generate the data URLs; here’s the process:

Use a small version of your image to generate the URL, since the fine detail of the image will be lost anyway when the BluHash is generated. A thumbnail of your image is the ideal choice. 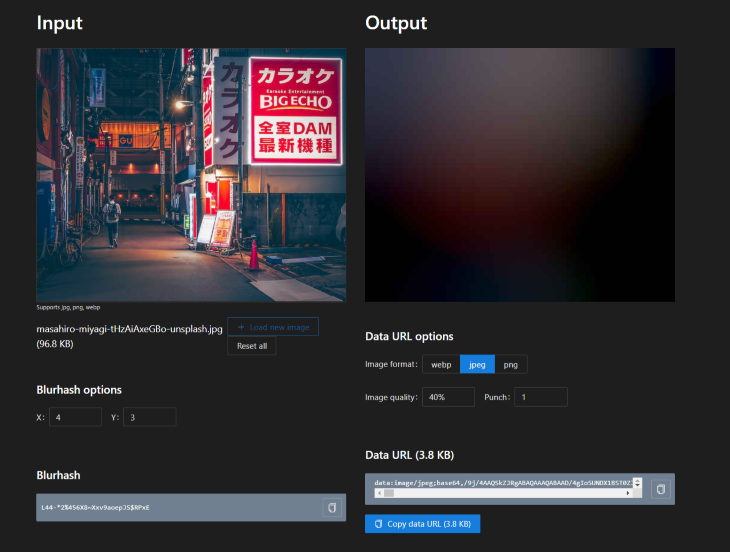 Adding the BlurHash URL to a Next.js app

Now, let’s use the URL in our Next.js app.

Next, we’ll make changes to the index.js file and create a Home.module.css file in the styles folder.

The first and third figure elements contain images that are stored locally and remotely but have no placeholders.

The second figure element has an image that is stored locally and has a placeholder.

In contrast, the fourth figure element maps through an array of image object data which mocks the data we’ll get from the backend. We’ll store our mock data in the public folder inside the images.jsfile. You can access the mock data on GitHub.

Now, run yarn dev in your terminal, so you can view the app in your browser.

As you can see, the placeholders load almost immediately for both local and remote images before the actual images get downloaded and loaded by the browser.

In this article, we demonstrated how to use BlurHash to generate placeholder images for a Next.js application. This strategy results in a visually pleasing webpage, prevents layout shifts by ensuring that page contents retain their position, and improves the app’s page load speed. In turn, this improves the performance of our Next.js app.

Pelumi Akintokun Follow Frontend developer and technical writer who is passionate about the web. Creator of websites that tell stories.
« B2B vs. B2C product management: Key differences and examples
Understanding design patterns in TypeScript and Node.js »