Immutability in React with Immer 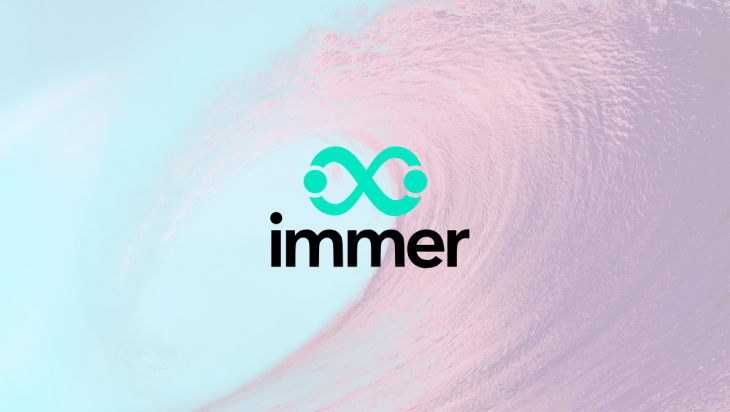 A few libraries were created, and now that the adoption of React is expanding and growing massively among developers, the immutability concept is starting to be used and discussed more often as well. Let’s first understand what immutability is and then we’ll look at how we can use this concept of functional programming in our React applications.

In a functional programming language, one of the most interesting and important concepts is immutability. The whole meaning of immutability is “unable to change”, if we have an object and want to create a new object, we should copy the actual object and not mutate it.

When creating applications we need to think about the user and, more importantly, the user data. All the data that’s created, modified, deleted, and replaced in your application is important and should be watched, stored, and managed properly. That’s why we should create better standards or concepts to deal with our data.

But why should we have an immutable code in our application? Well, we can use immutability to benefit in some points, for example:

In React applications, the most important parts of your application is the state data. You should care and manage it properly, otherwise, it will cause bugs and you will lose data very easily, which can be your worst nightmare.

It’s well known by React developers that we should not mutate our state directly, but use the setState method. But why?

We also have similar behavior in Redux, the most famous and used state management library for React applications. Redux represents the state as immutable objects, to change your state you should pass your new state data using pure functions, these pure functions are called reducers. Reducers should never mutate the state, to avoid side effects in your application, and make sure that Redux keeps track of the current state data.

We can see that the concept of immutability is getting used more and becoming more common in the React community. But to make sure that we’re doing it the right way, we can use a library for the job.

Immer is very easy to understand, this is how Immer works:

To start using Immer, you need first to install it:

The first argument of the produce function is our current state object, the second argument is a function, which will get our draft state and then perform the changes that we want to.

Now, let’s import the produce function from Immer and create a new function called onInputChange. Every time we type on the input, we’ll change the value of the name of the user.

The setState method from React accepts a function, so we’re passing the produce function from Immer, inside the produce function we’re passing as a first argument our user state, and as a second argument, we’re using a function. Inside that function, we’re changing our draftState of user to be equal to the input value. So, we’re tracking the value of the input and saving it on our user state.

Now that we’re saving our user state correctly, let’s submit a new user every time we click on the button. We’ll create a new function called onSubmitUser, and our function is going to look like this:

Well, Immer has something called curried producers, if you pass a function as the first argument to your produce function, it’ll be used for currying. We have a “curried” function now, which means that this function will accept a state, and call our updated draft function.

So, in the end, our whole component will look like this:

Now that we created our example using Immer with class components, you might be asking is it possible to use Immer with React Hooks? Yes, it is!

The useImmer Hook is pretty similar to the useState Hook from React. First, let’s install it:

Let’s create a new component called UserImmer, inside that component we’re going to import the useImmer Hook from use-immer:

We’re going to have two states in our component. We’ll have users for our list of users, and user:

Now, let’s create a function with the same name as the previous example, onInputChange, and inside that function, we’re going to update the value of our user:

Let’s now create our onSubmitUser function, which will add a new user every time we click on the button. Pretty similar to the previous example:

We have now a component using Immer with an immutable state. This is very easy to start, easier to maintain, and our code gets a lot more readable. If you’re planning to start with immutability in React and want to make your state immutable and safer, Immer is your best option.

Another thing that might be important for you to know is you can use Immer not only with React but with plain JavaScript as well. So, if you’re going to build a simple application using vanilla JavaScript, and you want to have an immutable state, you can use Immer very easily. In the long-term, it will help you a lot to have a more confident, well-written, and maintainable application.

In this article, we learned about immutability in React and how we can use Immer to have an immutable state — making our application safer, readable, and maintainable. To learn more about Immer, you can check out its documentation, and if you want to learn more about this fantastic library, you can take this course.