How to simplify component testing with React Storybook 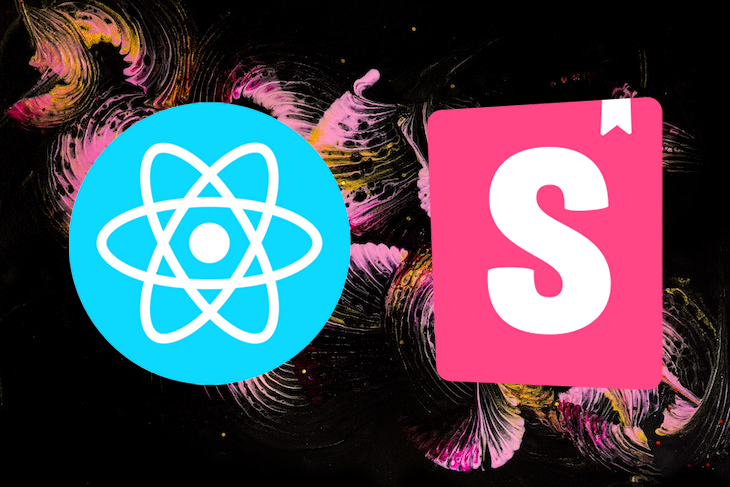 Editor’s note: This article was last updated 06 June 2022 to include newer features to Storybook, like accessibility testing.

Every developer’s goal is to build software that works. We can make sure our software’s code works flawlessly by isolating it and showing its behavior in tests. However, we can’t say the same for our components, which are tested within the context of our app.

Storybook allows us to view and interact with our components in an isolated manner. It’s just like unit testing but for UI components.

In this article, we’ll explore how Storybook can help us create UI components and improve our component testing.

If you want to play around with or follow along with the code, you can always check out the source code on GitHub. Let’s get started!

Getting started with Storybook

First, we’ll bootstrap a new React project. In it, we’ll install Storybook via the CLI:

Storybook’s testing page should start on the local address http://localhost:6006/ in our browser: 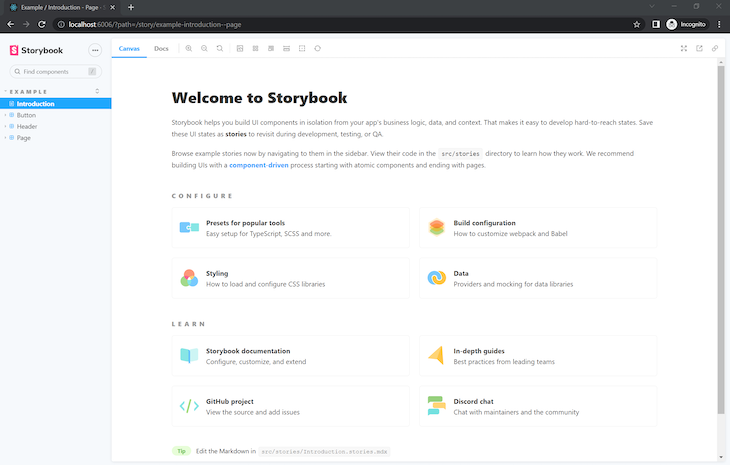 We’ll create a component for testing, a button called Button.jsx, which will display the number of cups of coffee to be served. This fundamental component is controlled by Storybook’s default export metadata, which controls how stories are listed:

Storybook works using stories; a story is a function that contains the single state of one component and renders that component to the screen for testing purposes. Let’s write a story for our Button.jsx component. In src/stories, create a file called Button.stories.jsx:

Storybook offers several different techniques for testing UI components. Components need to undergo tests for a variety of reasons, some of which include detecting bugs, preventing code from breaking during new commits, and serving as guidelines for other developers who will work on the project.

Let’s examine some of the ways Storybook can make component testing seamless.

Accessibility testing audits the rendered DOM against a set of heuristics based on WCAG rules and other industry-accepted best practices. These act as the first line of quality assurance to catch blatant accessibility violations.

Storybook’s accessibility runs Axe on the active story, visualizing the test results in a panel and outlining all the DOM nodes that have a violation. The Axe library is popular among teams because it integrates with most existing test environments. On average, Axe automatically detects 57 percent of WCAG violations.

To install the add-on, run the code below:

Let’s have a look at our component:

At first glance, the component appears to be ready to ship. But, when we open the accessibility tab, the tests reveal something different.

The accessibility add-on has a Highlight results checkbox, which aids in identifying the components that are failing. This comes in handy, especially when working with larger components, preventing us from executing tests individually in each component.

Notice how the add-on found a violation that says Ensures the contrast between foreground and background colors meets WCAG 2 AA contrast thresholds. Essentially, there isn’t enough contrast between the text and the background. We can fix that by changing the text color to a slightly darker gray, from gray.400 to gray.600.

There are many tools for visual testing, but I recommend Chromatic, created by Storybook maintainers, to run visual tests in a lightning-fast cloud browser environment.

Chromatic is a cloud service built for Storybook that allows you to run visual tests with zero configuration. To get started, sign up with GitHub, GitLab, Bitbucket, or your email address and generate a unique <project-token> for the Storybook project.

Next, install the Chromatic CLI package from npm:

After the package finishes installing, run the following command:

Don’t forget to replace your-project-token with the one provided by Chromatic.

When Chromatic is done, it should have successfully deployed the Storybook project and established baselines, the beginning points for all of our component’s stories. In addition, Chromatic provides us with a link to the published Storybook, which we can share with our team to gather feedback:

Each time we run Chromatic, it generates new snapshots and compares them against the existing baselines, which is ideal for detecting UI changes and preventing potential UI regressions:

If the changes are intentional, accept them as baselines. Otherwise, deny them to prevent UI regressions.

Storybook allows us to verify the functional aspects of UIs with interaction testing. As we build more complex UIs, like pages, components become responsible for more than just rendering the UI. They also fetch data and manage the state.

We can set up interaction testing in Storybook using the play function and @storybook/addon-interactions.

The @storybook/addon-interactions add-on is installed and configured automatically by Storybook. It includes helper utilities and a playback interface that simulates user behavior in the browser.

Update the Button.stories.jsx file to set up interaction testing in Storybook with the play function:

Once the story loads in the UI, it simulates the component’s behavior.

Storybook provides a great way to test our UI components. It may seem like we are doing away with unit testing, but that’s not the case. Unit testing aims at finding out what went wrong with the code; in this case, we’re testing React components. If something went wrong with our UI, we would still investigate what markup we have to fix, implying that integration and snapshot tests are as good as unit tests in this context.

One Reply to “How to simplify component testing with React Storybook”