Ebenezer Don Follow Full-stack software engineer with a passion for building meaningful products that ease the lives of users.

How and when to debounce or throttle in React 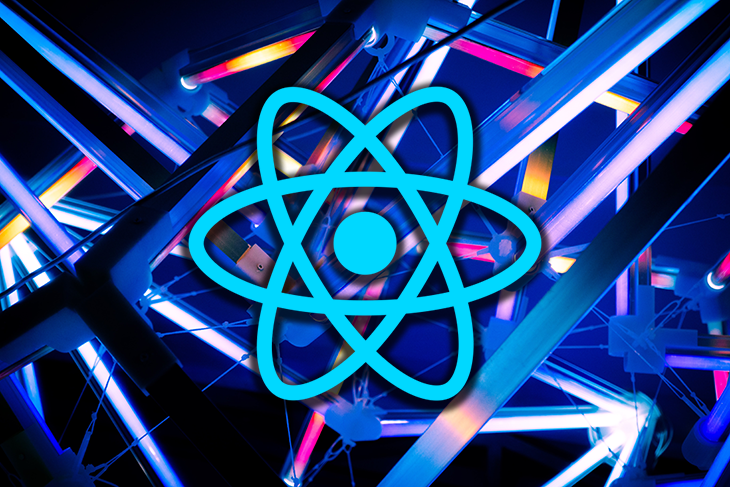 Have you ever been in a situation where you’re typing in an input field and your computer or phone stops responding, or you’re scrolling through a webpage and it becomes unresponsive?

This usually happens when there are event listeners attached to the actions being performed —like getting realtime results for a search query as you type, or fetching new posts or tweets on social media platforms while you’re still scrolling.

Here’s an example of when showing realtime search results as we type in an input field can make our computer unresponsive:

In the demo above, I’m trying to search for a particular city in a large list of data. I have my virtual keyboard open, so you can see that I’m typing, but our input field stopped being responsive.

This is because our city list contains over 70,000 cities, so you can imagine how much work that is for our computer processor.

As if filtering through this large list of data is not enough, we’re asking our computer to do this 16 times for the 16 keystrokes in the word “Saint Petersburg”. So when we type “S” in the input field, our computer tries to find all the cities that have the letter “S” in them. And while it’s still doing that, we ask it to look for all the cities with “Sa” in them. Same thing for “Sai”, etc., until we’re finished typing out “Saint Petersburg”.

In our demo, we’re not making a server request to get our filtered cities. If we were, that’d be even more expensive and time-consuming. Fortunately, there’s a way to solve our city filter problem, and in this article, we’re going learn how to do that in React, through debouncing and throttling.

As you just saw in our city filter problem — where we’re asking our computer to start another process while it’s still trying to complete the previous one — debouncing and throttling are two different ways that we can prevent a function from running in multiple instances at the same time.

This means that in our city filter, we won’t be able to ask our computer to filter out cities with “Sa” while it’s still trying to do the same thing for cities with “S” in their names. We’ll either have to prevent the second process from happening, or stop the first one and then start the second.

If we decide to delay the first process for a given amount of time to see if our user wants to type something else, so that if they do, we’ll cancel the first one and then work on the second instead, that would be debouncing.

If we decide to prevent the second process from happening by making sure that our function can only run once in a given interval, that would be throttling.

Here’s the process we’re going to use for our our app. When a user types “S”, we wait for half a second (or three seconds — it can be any amount of time) before we start filtering through our large list of data. And if the user goes ahead to type “a”, we start waiting again for another 500 milliseconds from the last keystroke. In this way, we can delay our filter function until 500 milliseconds after our user types “g”, the last keystroke for Saint Petersburg.

So instead of asking our computer to filter through a list of over 70,000 data 13 times, it does that just once.

In JavaScript, the setTimeout() method is a perfect candidate for implementing this solution. Here’s what our component looks like at the moment:

In our App.js file, we’re using the React useState Hook to store our filtered cities, which we are returning inside the JSX code. Our <input /> tag has an onChange event listener that takes the user’s input and runs the doCityFilter() function with it. This happens every time the value of the input field changes.

Inside of our doCityFilter() function, we’re using the Array.filter() method to filter through the citiesArray that we’ve gotten from our cities-list package, and then the setFilteredCities method to update the value of filteredCities.

Since the filter process is happening inside the setFilteredCities function call, let’s use the setTimeout method to delay it by 500ms:

While this delays our function, notice that we have another problem. Our filter method is still being called for each of the keystrokes — again, that’s 16 times in total. We only ended up delaying each of the 16 calls by 500ms. What we want is to cancel the previous setTimeout method whenever we hit a new key, so that if we have 16 keystrokes, we’ll end up calling the filter function for just the last key. Let’s use the cleartimeout method to implement this:

For our new doCityFilter function, we started by declaring a mutable variable named filterTimeout outside of its scope. This is so that we can assign our setTimeout method to the variable, and then use that to clear our timeout before we create another one. Here’s what our app looks like now:

We just successfully debounced our function! Our app is responsive throughout and our filter process runs only once.

If you have to implement all this yourself for every function, you’ll be writing more code than you initially bargained for, which will in turn increase the complexity of your codebase.

Fortunately, Lodash has a debounce method with more useful functionalities than we can cover. And even more fortunately, you can install just this debounce function so that you don’t end up bringing a whole library into your app because of one method.

Let’s run the following command on our terminal to install lodash.debounce:

Our first instinct might be to debounce the setFilteredCities function call like we did with our setTimeout implementation:

But this will still result in 16 function calls for the city, Saint Petersburg, and our city filter still does not work as expected:

So, there is something more we must do.

We can use React’s useCallback Hook to prevent our function from being recreated each time the value of our input field changes.

Next, we’ll move our debouncedFilter variable outside the doCityFilter() function, and as its value, we’ll invoke the useCallback Hook and supply the debounce function call as its argument:

We can now call our debouncedFilter method inside the doCityFilter function:

If we run our app, you’ll see that it works as expected:

For this use case, we can ignore the dependency warning. But you can see that our code now looks complex.

Let’s avoid all these extra steps by debouncing the whole doCityFilter function, instead of the setFilteredCities function call inside it.

When we debounce the whole doCityFilter function, we don’t need the useCallback Hook anymore. Our function now looks a lot simpler and our app works as expected:

We can also use Lodash to throttle functions. When we throttle a function, it will only be invoked once in a given period, no matter how many times its corresponding event listener is triggered. Just like lodash.debounce, we can install just lodash.throttle by running the following command on our terminal:

Next, we’ll use the following line of code to import it:

Its usage is similar to the lodash.debounce method. We call the throttle method and supply the function we want to debounce as its first argument, the wait time (in milliseconds) as the second argument, and an optional config object as the third argument.

Throttling won’t be a good solution for our filter problem, so we won’t be using this for our app.

There’s an even easier way to implement input debouncing in React. Let’s learn how to use the react-debounce-input package to solve our city filter problem.

The package comes with a DebounceInput component that we can use in place of the <input /> tag. It has an inbuilt debounce functionality, so we won’t need any external debounce method to debounce our onChange event.

Run this command on your terminal to install the react-debounce-input package:

Instead of our current <input/> tag in the JSX code, let’s paste this:

Our <DebounceInput /> component comes with a debounceTimeout prop for specifying how long we want to wait before the onChange function is called. Here, we’ve used 500 milliseconds. We also have a minLength for specifying the minimum number of inputs we want before our onChange event is triggered.

Now that we are using the <DebounceInput /> component, we can go back to the simple version of the doCityFilter() function:

Let’s preview another demo of our app:

You can see that our city filter app works as expected. That’s all we need to debounce our function with react-debounce-input! I consider this the best solution for our filter problem because it’s a lot less code, which makes it easier to maintain and implement in multiple parts of our app.

In this article, we’ve learned how to debounce and throttle functions in React, and we were able to fix our city filter problem with different implementations. While they all work, it’s good to understand that one solution is not going to fit every scenario. So, go with the simplest one that works for your use case.

You can find the repo for this example on my GitHub. In the repo, you’ll find different branches for the implementations. If you want to keep in touch, consider subscribing to my YouTube channel and following me on LinkedIn. Keep building!