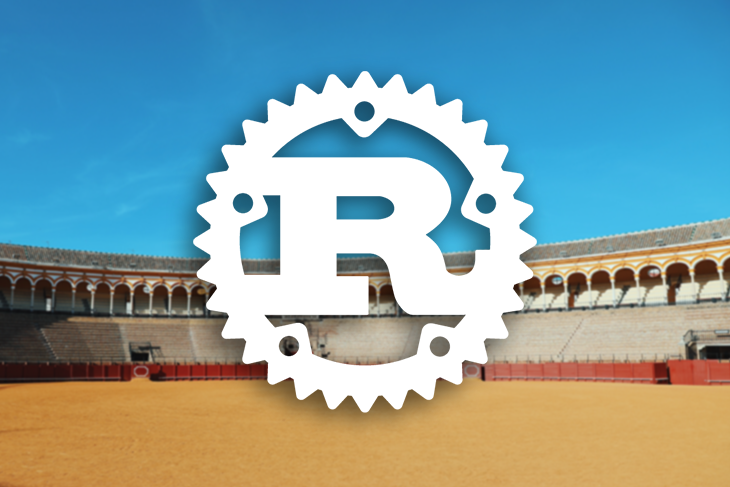 One of the advantages of the Rust programming language is that it’s designed to be high performance. In fact, under “Why Rust?” on the Rust website, the first answer is “Performance”!

Arena allocation is a mechanism that can be used in many languages, including Rust, to further improve the performance of memory allocation and deallocation. In this guide, we will cover:

What is an arena?

An arena allocator, also simply known as an arena, is an object you can use to allocate a series of objects that all have relatively short lifetimes. This strategy is known as region-based memory management.

How do arenas work?

Typically, when the arena is constructed, a block of memory is reserved from the system. The arena then sets up a pointer to the next free position in that block of memory, which is initialized to the beginning of that space.

When a request is made to allocate memory from the arena, it simply returns the pointer to the next free position and increments the pointer past the just-returned allocation. After the program is done with all of the objects, the entire underlying block of memory is freed.

Typically, for even better performance, no destructors are run on the objects in an arena, which prevents unnecessary work. However, some arenas do provide ways to run destructors on some objects if necessary for your use case. See the specific use case examples below to learn more.

Both allocation and deallocation of an arena are much faster than allocating and deallocating multiple small objects from the system individually. There is also a cache benefit because objects that are all being used at the same time are close together in memory.

The only restriction is that it isn’t easy to individually deallocate objects in the same arena. As a result, it makes the most sense to use an arena if multiple objects need to be allocated and used during the same or a similar timeframe, after which none of them are needed anymore.

Use cases for arenas

There are many cases where using an arena can improve the performance of your application. Let’s review three common examples: games, compilers, and web servers.

For games that are rendered a frame at a time, each frame can have an arena associated with it. Using this strategy, all objects necessary to render that frame can be allocated from the arena.

When the frame is done rendering, none of those objects are needed anymore, so the whole arena can be deallocated.

The different phases of a compiler are generally independent, so intermediate objects for each phase can be allocated from an arena. When each phase is done, the whole associated arena can be deallocated.

Web requests have a well-defined lifetime. If responding to a web request requires a large number of allocations to calculate a response, these can be made from an arena. The arena can then be deallocated once the request is complete, which helps improve performance.

Special considerations for arenas in Rust

Data structures that have elements pointing to other elements are notoriously hard to implement and use in Rust. Seriously — there’s a whole book about implementing various linked lists in Rust!

This is because of the Rust borrow checker, an essential fixture of this language that helps you manage ownership.

Using arenas in Rust can make it easier to have elements that point to each other in a cyclic way because in an arena, the lifetime of every element is the same as the arena’s lifetime.

How to implement arenas in Rust

If you look on crates.io, you can find many good choices for implementing arenas in Rust. Let’s take a look at a few of the most popular ones!

bumpalo is the most downloaded arena allocator on crates.io. It’s pretty easy to use. Here’s an example:

Note that doing this prevents that object from being in a cycle, so this won’t work if you need to run Drop implementations on a cyclic data structure, such as a graph with nodes.

Another popular arena crate is typed-arena. Here’s an example of how to use it:

As the name implies, each typed_arena::Arena only supports allocating one type of object. This is more limited than bumpalo, but makes the implementation simpler. It also allows easy access to the contents of the entire arena with the into_vec() method.

id_arena has a slightly different interface as compared to bumpalo or typed-arena. Here’s an example:

Note that the call to arena.alloc() returns an id_arena::Id instead of a reference to the allocated data.

This is a bit more annoying to work with because you have to call another method to actually get the data. But it’s very handy if you’re working with cyclic data structures because you can just have objects hold on to the Id of other objects they refer to.

Like typed-arena, each arena in id_arena can only allocate one type of object. This arena allocator does run Drop implementations for allocated objects.

Another note: id_arena::Arena::new() allocates an empty Vec as its backing storage. This backing storage will expand as needed. However, it would be more efficient to create the arena this way instead:

This method allows you to pass in an initial capacity that is reasonable for your application.

On the surface, the generational-arena crate looks very similar to id_arena:

The big difference here is that this kind of arena allows deleting individual objects, which is unusual for an arena. However, this also means that there is more bookkeeping involved in the arena’s code, so it’s probably best to avoid using this crate unless you need this capability.

Like typed-arena and id_arena, each arena can only allocate one type of object. It does run Drop implementations for allocated objects.

Using an arena can greatly speed up allocating many objects in certain scenarios. They’re easy to try out in Rust by just including a crate. So, if you’re looking for ways to make your code run faster, give it a shot!

Greg Stoll Follow Greg is a software engineer with over 20 years of experience in the industry. He enjoys working on projects in his spare time and enjoys writing about them!
« How to use celebrate with Node.js
How to implement SSL certificate pinning in React Native »